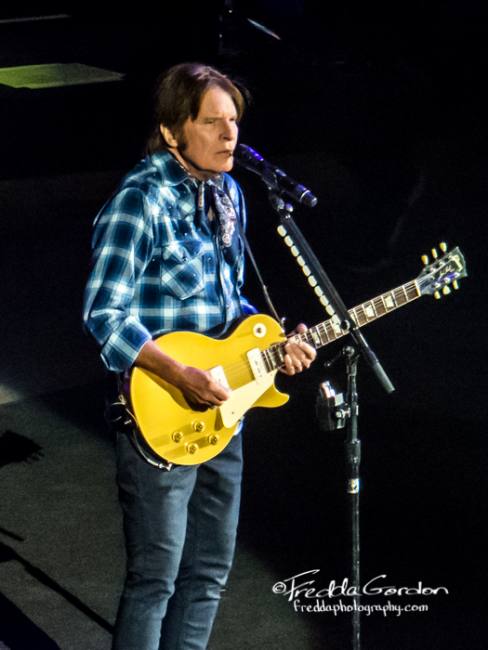 It was a beautiful night at Red Rocks, in Morrison Colorado and John Fogerty, along with his talented band, created a special night for the full house in attendance! Celebrating the 50th anniversary of Woodstock, Fogerty played many old favorites and a few covers from the historical event. You could also feel his family pride as he introduced his son, Shane Fogerty, playing next to him. He brought out his other son, Tyler, to sing a cover of The Who’s My Generation. He also mentioned his daughter who was leaving for college the next day.

In honor of the anniversary, he talked about his Woodstock performance experience. The schedule called for Creedence to go on at 9:00pm, following the Grateful Dead. Not surprisingly, the evening didn’t go as planned. The Dead, starting late to begin with, performed for 45 minutes, then in an LSD induced state was silent for 45 minutes, then played another set. He went on at 2:30 and everyone was naked and asleep. He credits one guy in the back yelling “Don’t worry about it John, we’re with ya!!” as a motivator to play his heart out that night and all nights going forward. He played the song on the guitar and amplifier he played on at Woodstock. The guitar was missing for over 44 years but, to his surprise, his wife found it and put it under his Christmas tree 2 years ago.

We felt that energy from him and his bandmates. He introduced the drummer, Kenny Aronoff, as a living legend and Aronoff did not disappoint! He kept everything moving with a flair. The audience was on it’s feet the entire concert dancing to songs that included Born on the Bayou, Susie Q, Who’ll Stop the Rain, Up Around the Bend, Run Through the Jungle, Have You Ever Seen the Rain?, Centerfield, and Fortunate Son.

I greatly enjoyed the covers during the middle of the show which included I Heard It Through the Grapevine, With a Little Help From My Friends, Give Peace a Chance, Everyday People, Dance to the Music, and even The Star-Spangled Banner.

Throughout the show there was a video highlighting Fogerty through the years. One fan in the audience said “Watching the show made me realize what a turbulent time the 60’s were, with an unpopular war raging in Southeast Asia. The music was integral to what was going on and the musicians of the time wrote music that was social commentary. Hearing songs like Fortunate Son and Run Through The Jungle were, and still are, so powerful. I lament the fact that musicians and artists today aren’t speaking up in the same way, because we definitely need those voices.”

Fogerty ended the show with Bad Moon Rising and, of course, Proud Mary. He, and his band played their hearts out tonite from beginning to end!

Review and Photos by Fredda Gordon. 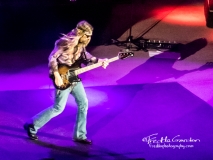 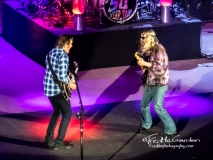 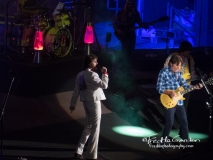 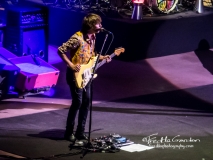 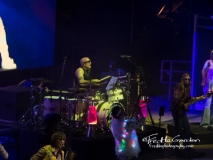 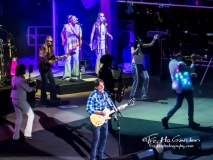 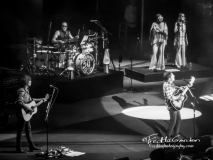 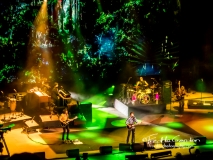 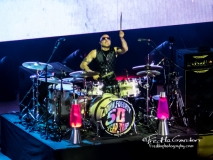 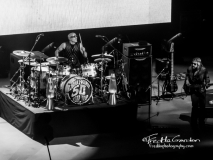 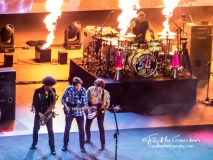 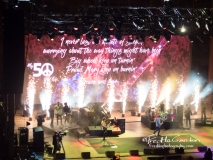 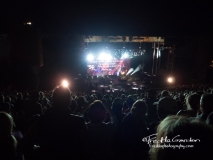