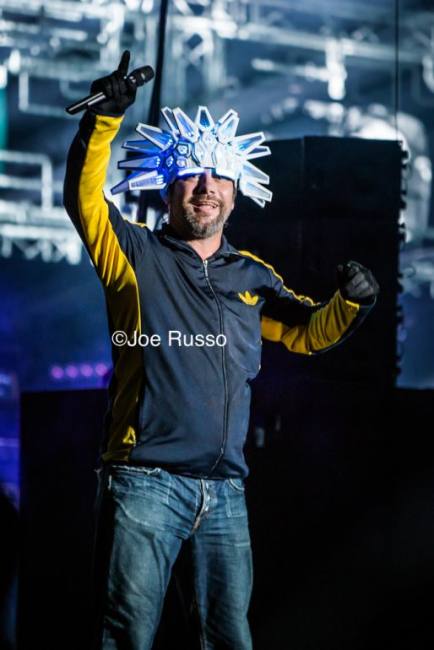 Last night in at the tennis stadium in Forest Hills, Queens, Jamiroquai fans gathered to celebrate the return of the Space Cowboy. Aside from very, very few North American dates earlier this year [3 to be exact], Jamiroquai hasn’t performed in the United States since 2005. You can bet the house was packed for this one!

I for one have been a fan of theirs for a very long time; since they started out in 1992. It would be 3 years later that I would see them perform live in the small theater at Madison Square Garden. I’ve been going to see live music for over 30 years [my tinnitus tells me so every day], and to this day, my first Jamiroquai show is still one of the best shows I’ve even been to. British Jazz and Funk at it’s finest. And last night was no exception.
Leading up to the show, the rain and drizzle came in and lingered about throughout the show in the open-air stadium. The band hit the stage promptly followed by their leader, Jay Kay [complete with signature head dress], to thunderous applause. This is what 14,000 people from near and far had been waiting a long time for. The band hit the stage promptly at 8pm and were off by10pm sharp due to the venues hard curfew.
Jamiroquai are on tour in support of their 8th studio album entitled “Automation” which they released last year. The last studio release before that one was 2010’s “Rock Dust Light Star’. “The inspiration for ‘Automaton’ is in recognition of the rise of artificial intelligence and technology in our world today and how we as humans are beginning to forget the more pleasant, simple and eloquent things in life and in our environment including our relationship with one another as human beings,” the singer told Billboard ahead of the album’s release last year.
They opened up the show with the first track from the new record “Shake It On”. The only other new material played during the set was “Dr. Buzz”. The remainder of the 15 song set included their classic jazz/funk/disco fusion sounding hits like “Space Cowboy”, “Cosmic Girl”, “Traveling Without Moving”, “Emergency on Planet Earth” and “Canned Heat”.
The rain didn’t stop anyone from singing every word to every song and dancing their asses off into the night as they closed out with their infamous song “Virtual Insanity”. I for one know that I left feeling spiritually uplifted and with a little extra candy in my heels last night.
[Show slideshow] 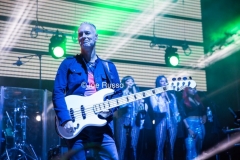 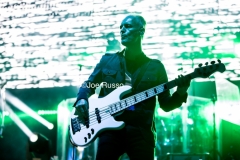 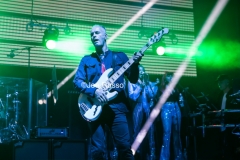 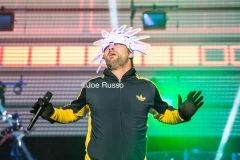 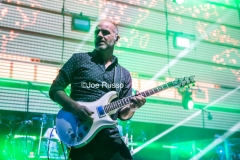 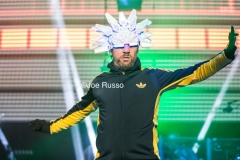 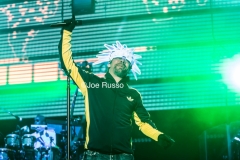 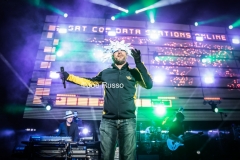 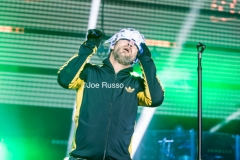 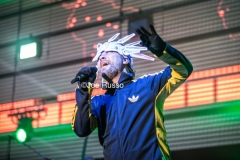 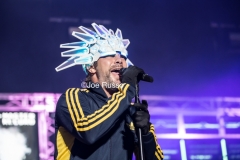 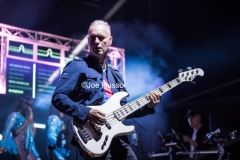 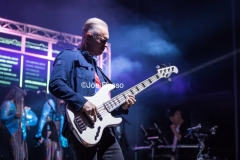 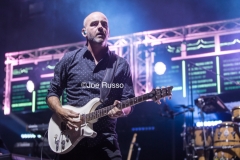 Photos and Review by Joe Russo