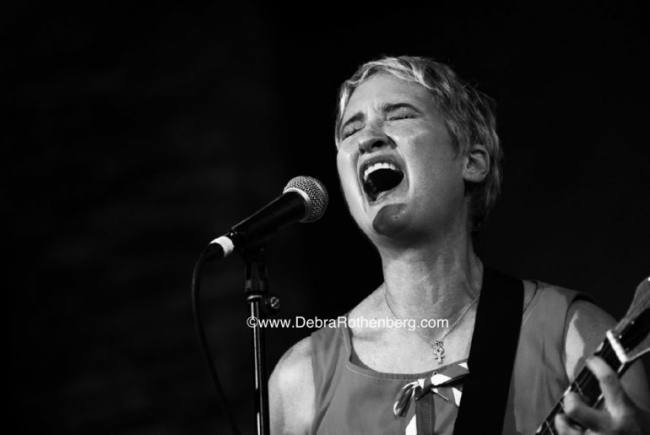 Every once in awhile, there comes along a musician or musicians that make people ask “why aren’t they a household name?” That is the question which was overheard tonight at City Winery when Cassandra Kubinski and Jill Sobule rocked the house to a sell out, very enthusiastic crowd.
Ms. Kubinski came out first and the minute she opened her mouth, the crowd was smitten. Her songs and stories are funny and relatable..even when she tells the crowd about what it was like to vacation in Hawaii and what most people will do at least 2 times a day while in Hawaii. It certainly brought a chuckle to the crowd and many heads nodding. Her rendition of Billy Joel’s “Mater of Trust” had the audience singing along, all while she put her own spin on the song.
Jill Sobule was up next to celebrate her latest record, “Nostaglia Kills.” She came out by herself, dressed in a lovely red dress and playing her Vagabound Guitar. Halfway through her first song, “Island of Lost Things,”she accidentally asked the audience if she could start over since they were filming the show and the audience was happy to hear it again.
Next up, she brought out her band for, all women, for “I Don’t Wanna Wake Up” and they are just as good (if not better!) than any all male band out there.
All during her set, people were singing along, clapping, and laughing and smiling. That is one thing that is so prevalent during most of her songs-the laughter and smiles from the audience because her stories are real life and everyone can relate to them. Even when she sings about being bullied in the 7th grade, and as sad as that was, she brings warmth and humor to her songs. “The Parties Over Party Girl” is about a man-boy who acts like a frat boy-someone most of us probably know.
How many people repeatedly get hate mail on all platforms-from email, to Twitter to Facebook and go off and write a song about it? Jill Sobule did just that, to get a thumbs up from the “hater” who is now a fan.
Her song “Karen By Night,” from her self titled album is always a crowd favorite and talks about how she worked in the shoe department at Barneys when she first moved to NYC and would always ask her boss, Karen, to join her after work. She always declined, only to be spotted out in leather and heals by the singer/songwriter.
Robin Eaton joined in for one song as did Richard Barone, who sang the song he co-wrote with Jill titled “Rock Me To Sleep.” The two have worked together for well over a decade and Richard even produced a song on “Nostalgia Kills.”
During her song “Almost Great,” she sings how if she tried a little harder, and worked a little harder, she would be great. Well..Jill Sobule is already great-it is now up to the world to figure that out.
And the same goes for Cassandra Kubinski. Remember these names..and go see them live. You will not be disappointed.
[Show slideshow] 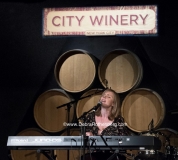 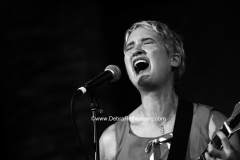 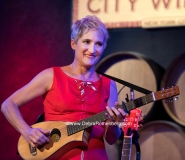 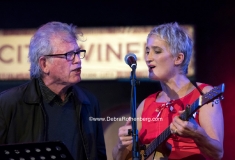 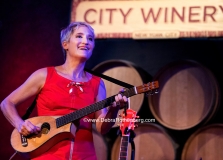 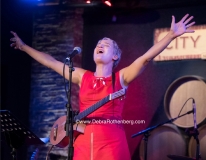 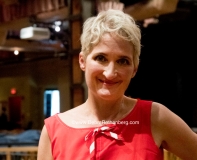 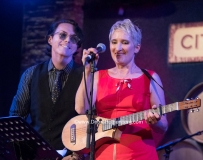 Photos and Review by Debra L. Rothenberg
Share this…