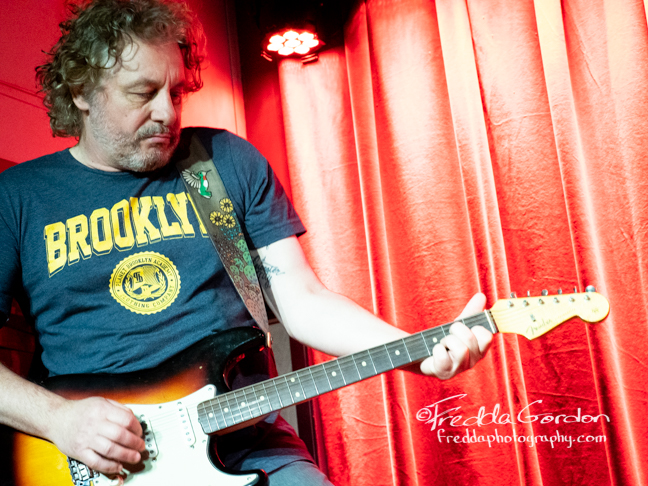 “I brought it so I might as well play it,” said James Maddock, and play it he did! His wailing on the guitar was accompanied by his strong vocals with a hint of rasp and a solid set of musicians all bringing his wonderful songwriting to life.

Sparkling new, The Loft at City Winery in New York City, enhanced the show. The comfortable venue looks great, has great sound and although the room was full, the audience felt like they were hanging out with the band. This was aided by the connection Maddock creates with his smiles, waves and easy, yet non-intrusive, banter.

From the start of the show each song garnered cheers of delight as they were recognized by Maddock’s loyal fans. Some in the audience were on their feet for much of the show, moving to the music and raising their arms with the energy. Maddocks lyrics are heartfelt and thoughtful and generally upbeat. His wistful songs, If I Had a Son and My Old Neighborhood brought hearts to bear, and Positive is as uplifting as the title says.

The set list included old songs and new ones from an upcoming album. The show started with “Fucked Up World” which is a great song and appropriate for these times. Even in this song his positivity shows as he adds the possibility of a silver lining, but this doesn’t preclude the message. Other songs Maddock and his full band played included “Little Bird in the Neighborhood,” “Wake Up and Dream,” “Knife Edge,” and a new one called “Runaway.” This is only a sampling of the evening’s music as the musicians tirelessly performed non stop for 2 hours. No talking, no stopping, just solid music. Towards the end they thanked everyone, walked off the stage, and immediately walked back on without even waiting for a come-back cheer. They finished with 3 more songs.

Speaking of the band, they were all incredibly talented and the fun they all had with Maddock, and the music, supported the night. Ben Stivers on keys was energetic and moved his hands along the keys with speed. A couple of time he even played the organ with one hand and the upright with the other. Drew Mortali on bass and vocals added fun to the night and held the rhythm steady. Andrew Carillo did a great job backing up guitar. At one point Maddock asked him to hold off and he turned his guitar around and everyone was laughing. Aaron Comess, on drums, added so much to this show. His energy and interesting groove kept things exciting. Oh, and let’s not forget the importance of playing with the right pick. Maddock mentioned it early in the show and later made a funny show of choosing one, shaking his head, throwing it down, choosing another, shaking his head and throwing it down, until he found the one he wanted. All-in-all it was a great show and I look forward to seeing them perform again soon. 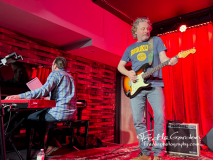 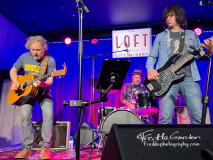 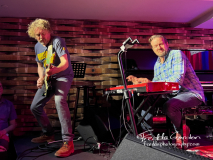 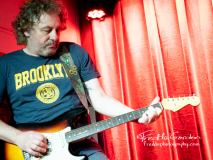 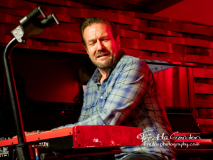 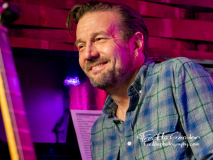 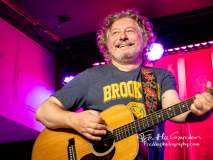 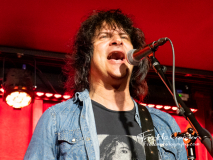