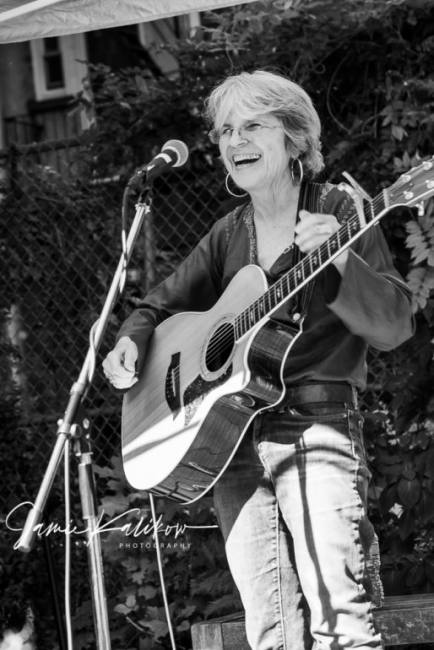 The 8th Annual Jack Hardy Songwriters Exchange held at the DeColores Community Yard in the East Village, was such an amazing all-day concert that I had to pinch myself to remember that it was free.
Jack Hardy (November 23, 1947 – March 11, 2011) was a Greenwich Village-based folk singer-songwriter, playwright, musician and raconteur who was a mentor to performers throughout the North American and European folk scenes.
In the mid-1970s, Hardy started and hosted a Monday night songwriters’ exchange featuring pasta dinners at his apartment on Houston Street in Greenwich Village, a gathering famously open to both established artists and novices.
According to Wikipedia, Hardy “began a small, informal songwriters’ group at The English Pub in Greenwich Village, which later became a more formal songwriters’ night at the Cornelia Street Cafe in December 1977. This group would later evolve into the Songwriter’s Exchange, releasing an album on Stash Records in 1980. Eventually, the group formed a cooperative, led by Hardy, and in 1981 took over the booking of the Speakeasy, which became a thriving venue for songwriters. Hardy was also the founder and first editor of  Fast Folk Musical Magazine in 1982.”
Kathryn Bloss, who has taken over the Monday night Songwriters Exchange, did a great job bringing this year’s show together. She also emceed the event and started the day off by performing two beautiful songs — such a sweet voice!
From noon through around 6:40, the crowd sat under the trees in a lovely garden, listening to at least 20 singer/songwriters perform 3-4 songs each in 20-minute sets.
In addition to Bloss the performers included Kate McLaughlin, Mike Glick, Steve Schalchlin, Bill Goffi, Paul Sachs, John Hodel, Mia Byrne, Chris Fuller, Sharon Goldman, Libby Johnson, Bev Grant,  Frank Mazzetti, Ina May Wool, Carol Ann Solebello, Mark Aaron James, David Massengill, Michelle Shocked, Gavin Gold, Ed Tristram, Greta Tristram, Dante Mazzetti, and Jon Naberezny.
Unlike most of the audience members, I was attending my first Songwriters Exchange. I was in awe that every single artist was excellent, and quite different from one another. There was not one weak link in the entire chain. I happily stayed all day. 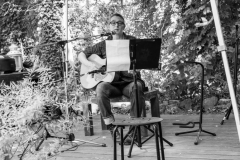 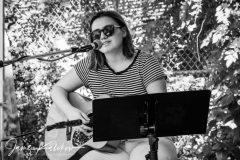 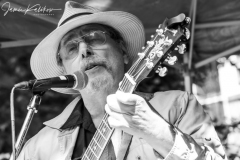 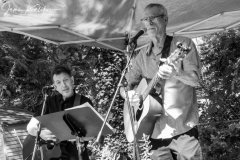 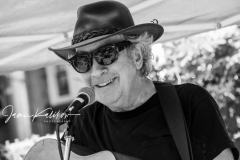 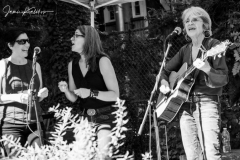 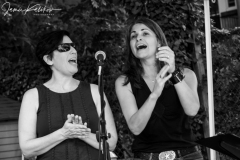 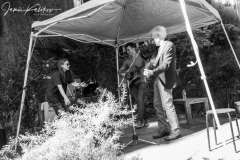 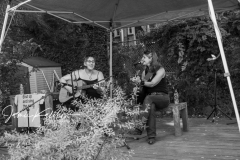 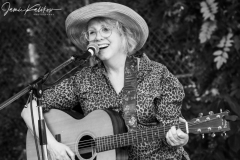