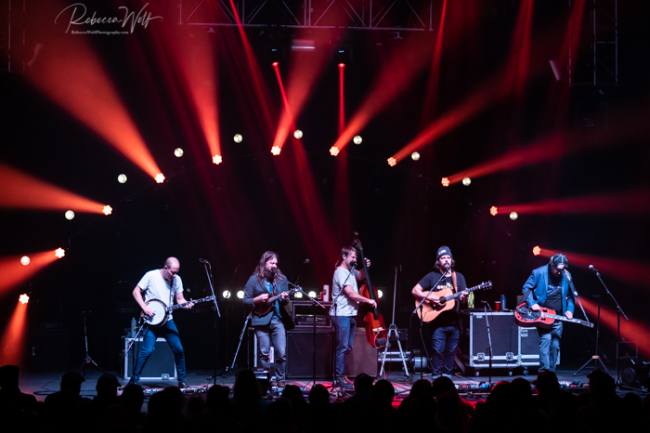 This review is generally not written for longtime fans of the bands Greensky Bluegrass and The Infamous Stringdusters, as they already love these bands. My mission in writing this review is to hopefully introduce the bands to a new audience. I myself had this unexpected introduction to both on January 22nd at The Capitol Theatre in Port Chester, NY.  Prior to signing on to photograph Greensky Bluegrass, the band was completely unknown to me. When I learned I’d be photographing this band (unaware The Infamous Stringdusters were the opening act) I took the opportunity to do some research and listen to their catalog. As I began this quest I was certain I would find a new band, fresh on the music scene. What a surprise to discover a group that entered the arena in 2000, released their debut album Less Than Supper in 2004, and earned main stage status at the Telluride Bluegrass Festival in 2007.

Greensky Bluegrass started as a three-man group in Kalamazoo, Michigan with Michael Arlen Bont (banjo), Dave Bruzza (guitar) and Paul Hoffman (mandolin). In 2004, bassist Michael Devol, joined the band, followed by the addition of dobroist Anders Beck in 2007. Over the next fifteen years these five musicians formed a cohesive, collaborative unit, that led to the release of eight studio albums, two landing on the Billboard bluegrass chart (their fourth album, Handguns, at number three and their fifth album, If Sorrow Swims, at number one), as well as touring throughout the US with a range of well-known performers. While the name of the band might lead to the belief the band is locked into a traditional bluegrass sound and feel, Greensky Bluegrass’s music is not your old-school bluegrass. Their music stretches beyond those boundaries, combining the downhome feel of a fast-picking, stomping string band, with the infusion of high-spirited rock & roll. This iteration of bluegrass feels a perfect representation of the genre for a new generation…a generation often searching for a balance between the simpler, homier times of yesteryear and the energy and electricity of the present.

January 21, 2022 marked the release of Greensky Bluegrass’s most recent studio album, Stress Dreams. With touring curtailed due to the pandemic, the band was free from time constraints and able to fully focus on the creative process of writing and recording the album’s thirteen songs. The result is an album of substantial depth and insight. Whether the theme of a song is more contemplative, like title track, “Stress Dreams,” melancholy like “Screams,” soulful like “Streetlight,” lighter like “Reasons to Stay,” upbeat like “Grow Together,” or dance-inspiring like “New & Improved,” each one has its own story to tell. The distinctiveness of Greensky Bluegrass songs goes beyond their lyrical diversity to the unique blending of sounds from the five string instruments. It’s amazing to hear the different tones and pitches, how they build upon each other, intricately weave together and create beautiful instrumental harmonies.

At the Capitol Theatre, the general admission venue was packed with enthusiastic audience members, eagerly awaiting the onstage arrival of the evening’s entertainment. Unbeknownst to me, Greensky Bluegrass was not the only musical act performing that evening. Rather, this evening of jamming opened up with an infectiously joyful, high-spirited, captivating bluegrass/Americana band named The Infamous Stringdusters. These Grammy Award-winners (2018 Best Bluegrass Album – Laws of Gravity ) entered the music scene in 2006 and released their first album in 2007.  Over the past sixteen years the highly skilled instrumentalists, Andy Hall (dobro), Chris Pandolfi (banjo), Andy Falco (guitar), Travis Book (Bass) and Jeremy Garrett (fiddle), have continued to integrate their individual musical and songwriting talents. The Infamous Stringdusters are about to release their twelfth studio album, have earned three nominations as Instrumental Group of the Year by the International Bluegrass Music Awards, and have played in a myriad of venues and festivals. While it’s no surprise their feel good music has built them a strong, loyal fanbase, it’s their live jam band performances that have hooked audiences and have them coming back for more.

The Stringdusters’ latest album  Toward the Fray, set to release on February 18th, was recorded during the pandemic. It is said by the band to reflect the reality of the struggles facing our current society, while at the same time speaking about love and the feeling that “we are all in this together.” That togetherness was the vibe in the crowd at The Capitol Theatre, as adoring fans sang and danced along to the band’s long instrumental jams, showing off the expertise of each musician. While it was impressive to witness the individual skills of every string player, it was phenomenal to hear the intertwining of the musical sounds as they played their instruments in unison. Equally as impressive were the beautiful vocal harmonies showcased throughout the one-hour set. “Hard Line” from the band’s forthcoming album, centers on a heavy theme but uses elegant harmonizing to draw listeners in. “It’ll Be Alright,” presents as a fun, light-hearted country groove, while “Black Elk” highlights the beautiful melodic voice of dobroist Andy Hall and the incredible fiddle playing of Jeremy Garrett. Additional songs in the set included renditions of the Grateful Dead’s “Scarlet Begonias” and Pink Floyd’s “Fearless,” both with a bluegrass twist. Watching this band play you became distinctly aware that performing on stage with each other and for the crowd is where these musicians shine.

As The Infamous Stringdusters was my first real exposure to bluegrass, I hadn’t realized the popularity of this musical genre, particularly in the Northeast.  If I wasn’t surprised enough at the size and enthusiasm of the audience for The Infamous Stringdusters, I was surely blown away by the vast crowd that filled the venue for Greensky Bluegrass. As I’ve discovered with most jam bands, their fans come to “jam” as much as the jamming musicians. Fans are there to sing, dance, and lose themselves in the music ….to feel a sense of connection with the band. And, that’s what these avid fans at The Capitol Theatre did. The crowd was an eclectic mix of ages and backgrounds, all with one thing in common, a great enthusiasm for Greensky Bluegrass and their unique sound.

With all five band members playing across the expanse of the stage front, there was a feeling of equality and unity amongst these musicians. Whether they were exchanging instrumental and vocal leads or playing in unison, there was a consistent rhythm and flow between them and a sense of true camaraderie. Being insync and able to play off one another is an essential aspect of a jam band, and Greensky Bluegrass is an expert in this realm. During their set the band played all thirteen songs from their new album “Stress Dreams,” as well as several songs from prior albums. As they performed they did what jam bands do best, they jammed. It was amazing to hear and watch a song transform from what was recorded as a three or four minute studio song to a ten minute live, instrumental jam version.  One might think that a song playing that long would lose its momentum or the audience members’ interest would diminish. However, that was never the case. The musicians and the crowd were as engaged at the end of 10 minutes as they were in the beginning. There was the feeling you could remain standing (swaying or dancing), just mesmerized, and not want the song to come to an end.

I exited the doors of The Capitol Theatre on the night of January 22nd completely invigorated by the music and the bands I just experienced. While I was a bit saddened to realize what I missed out on for all those years, I was thrilled to discover a “new” genre of interest for me and “new” bands that have completely piqued my interest. As many of my favorite classic rock artists are at an age when they may soon end their performance careers, it’s exciting to unearth artists whose music I can delve into and whose shows I can eagerly await. I’m so glad this door was presented to me and I was there to open it, and I’m enthused to continue this journey into the worlds of Greensky Bluegrass and The Infamous Stringdusters. I encourage everyone who is new to these bands to take this journey with me.  I believe you will be happy you did!! 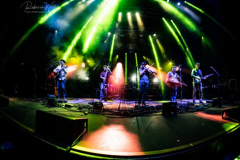 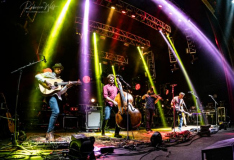 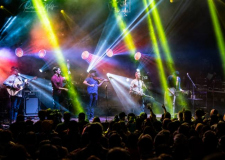 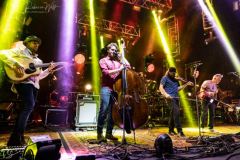 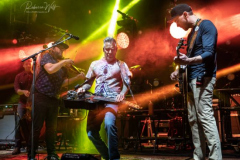 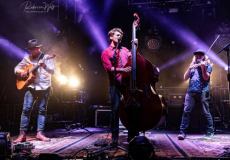 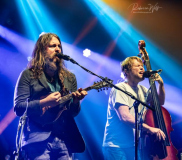 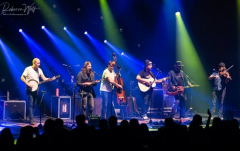 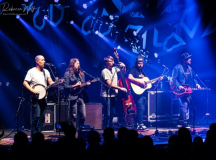