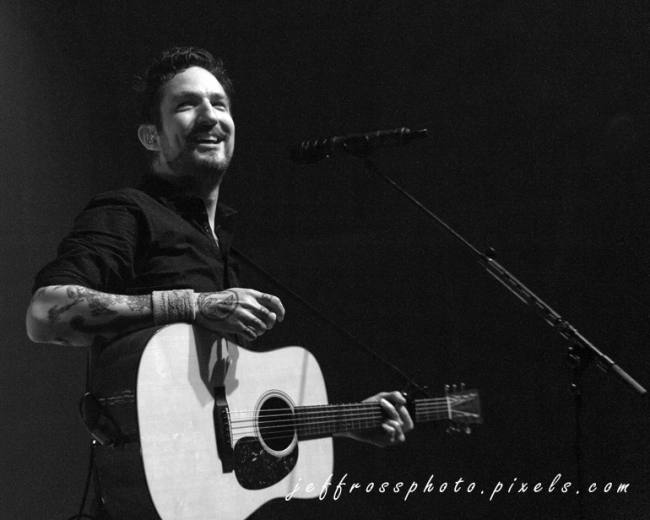 Sometimes you leave a show and one song was so stunning that the artist could have played just that tune, walked off stage, and called it a successful night.

I wondered if I’d heard that one song on the first of four nights in Boston for Frank Turner’s Lost Evenings gathering at the House of Blues. An epic festival-type setting with conferences, Q&A sessions, open mike events, tattooing specials and by my count, about 25 acts on two stages.

Frank finished the acoustic night with “Long Live the Queen”, written about the loss of a friend.

Having lost many friends in the last couple of years, this song simply cuts to the heart of grief and balances the sadness of loss and the happiness of both life and memories. (lyrics below)

“You’ll live to dance another day,
It’s just now you’ll have to dance,
For the two of us, so stop looking so damn depressed
And sing with all your heart that the Queen is dead”

Yeah she told me she was sick of all the hospital food
And of doctors, distant relatives, draining her blood
She said “I know I’m dying,
But I’m not finished just yet,
I am dying for a drink and for a cigarette”
So we hatched a plan to book ourselves a cheap hotel
In the centre of the City and to raise some Hell
They waste to all the clubs
And then when everyone else is long asleep
We know we’re good and done

“You’ll live to dance another day
It’s just now you’ll have to dance
For the two of us,
So stop looking so damn depressed
And sing with all your heart that the Queen is dead”
And South London’s not the same anymore
The Queen is dead,
And the last of the great has finally gone to bed

Well I was working on some words when Sarah called me up
She said that Lex had gone asleep and wasn’t waking up
And even though I knew that there was nothing to be done
I felt bad for not being there and now, well, she was gone
So I tried to think what Lex would want me to do
At times like this when I was feeling blue
So I gathered up some friends to spread the sad sad news
And we headed to the City for a drink or two
And we sang

“We live to dance another day,
It’s just now we have to dance for one more of us,
So stop looking so damn depressed,
And sing with all our hearts, long live the Queen”

The second night had many highlights, including Kayleigh Goldsworthy on the side stage and The Hold Steady playing a shorter than usual, but dazzling show prior to the Sleeping Souls.

Frank and bandmates Nigel Powell, Ben Lloyd, Tarrant Anderson, and Matt Nasir celebrated the Poetry of the Deed album’s 10th anniversary in addition to other favorites plus a fine cover of Bruce Springsteen’s “Thunder Road” that has a special meaning for Frank and his fiancé.

I expect night three (World Tour Set) and night four (Greatest Hits) will be even more energetic and, depending on Frank’s back, could even involve some crowd surfing…. 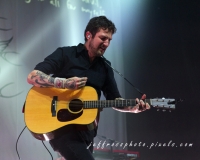 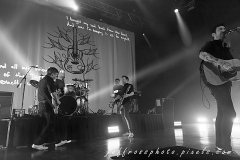 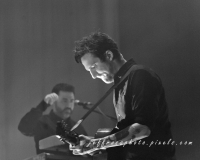 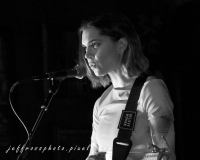 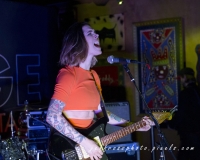 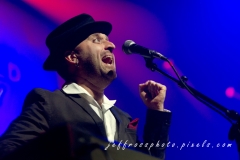 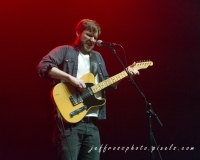 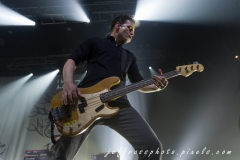 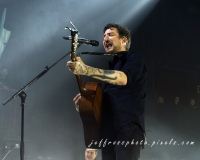 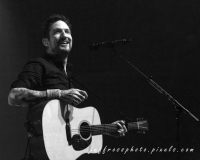 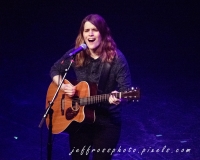 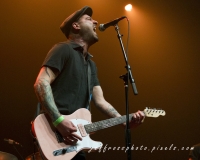 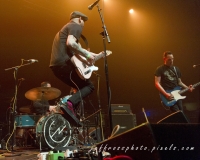