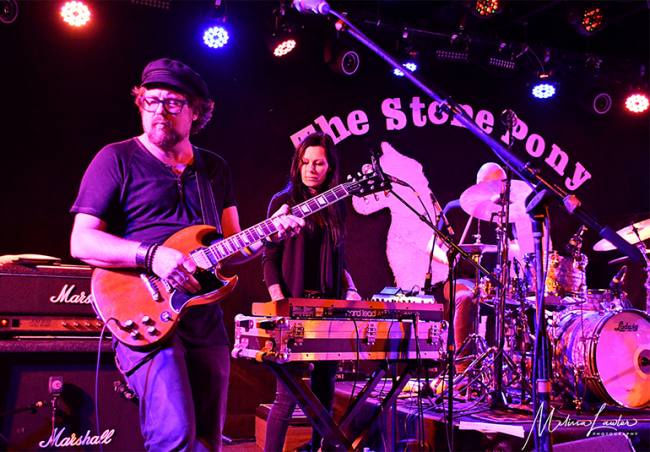 Mark Lanegan and his band made a stop at the legendary Stone Pony in Asbury Park, NJ on May 16. He is currently on a short North American tour called the “Stitch it Up Tour”, which happens to be the first single from his forthcoming album, “Somebody’s Knocking”, due to be released on October 18, 2019. This is the 11th solo album from Lanegan, who has been strictly performing his own material on this tour. Nothing from Screaming Trees, Queens of the Stoneage, Soulsavers, Gutter Twins, or Isobel Campbell.

Wearing dark clothes and blending with the dim light of the stage, his unassuming presence set the tone for the night. As he often tightly gripped the microphone stand and closed his eyes while singing, Lanegan’s haunting and deep vocals blended beautifully with his multitextured music. His soulful lyrics stir up a lot of emotion. Some of the songs he performed were “Death’s Head Tattoo”, “The Gravedigger’s Song”, “Sister”, “Bleeding Muddy Water”, and “Riot in My House”.

Simon Bonney, of Australian rock outfit Crime and the City Solution, was the opener. He played solo acoustic while his longtime bandmate and wife, Bronwyn Adams, accompanied him on violin 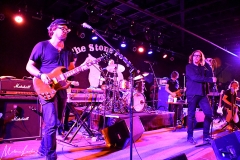 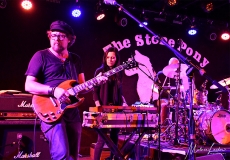 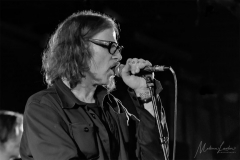 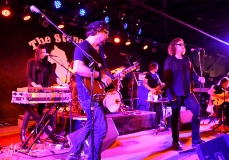 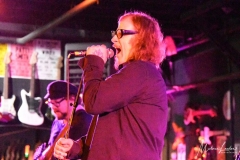