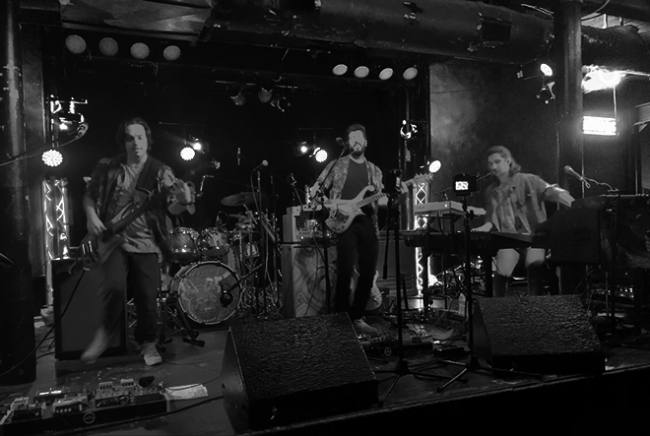 Eggy will always hold a special place in my heart.  Prior to the pandemic, I was in a grisly car accident in October of 2019.  One month in the hospital and 4 months of recovery left me bereft of any live music for that time period.  (Little did I know what was on the horizon.) After 1/3 of a year without live music, I was ready to jump back in the live music pool head first.  It was February of 2020 when we took the trip into Boston to the Royale to see the band Spafford and an opening band I had never heard of, Eggy.  The first notes of live music I heard following my forced convalescence were performed by this 4 piece band out of Connecticut.  Not only was I grateful to be able to hear the melodies of music once again, I was hooked on this band that weaved 4 piece harmonies and eclectic improvisation into their live performance.

Eggy is comprised of Jake Brownstein (guitar/vocals), Michael Goodman (bass/vocals), Dani Battat (keys/vocals), and Alex Bailey (drums vocals).   Brownstein, Goodman and Battat were high school friends and after seeing Bailey compete in a Battle of the Bands in their home state of Connecticut, recruited him to hold down the rhythm section of the fledgling group.  Over the course of the next few years they have climbed the ladder of the “jam band” scene, the old fashioned way.  They earned it.  Opening for bands like Spafford and Twiddle, they have performed at festivals and venues such as the Capitol Theater in Port Chester, NY.  This relentless touring combined with their elite songwriting and relatable lyrics have garnered them a loyal and passionate fan base.

This brings us to the fall of 2022, where we find the band headlining their first tour.  The Met in Pawtucket, RI is the perfect setting for Eggy to let their magic materialize.  Shantyman, a band from Northampton, Massachusetts opened the show with an hour long set filled with some psychedelic funk. At 10:30 Eggy strolled on stage and wasted no time grabbing the audience with their song Farthest Step.  Brownstein plays such a clean guitar, filled with fierce solos which were evident on this first song.  This led into the warm and happy Sugar Sleuth where the band’s high level harmonies were on full display.  You could render a connection between Eggy and CS&N with their perfect harmonic vocalization.

By the time the band worked through the Punch Brothers song, My Oh My and into originals Evergreen and Northern Lights, the crowd was on its feet, dancing and letting Eggy take them for a ride.  These songs let loose with Bailey and Goodman setting the feverish pace and Brownstein and Battat’s interchange bringing the songs to a different level.  Before covering Pigs by Pink Floyd, Eggy brought a heavy, driving sound with Rosetta Stone and crowd favorite, In It For The Ride.

Eggy is a band that will allow you to connect on multiple levels.  Whether it’s the powerful lyrics or the ability to get lost in their sonic journey, Eggy is on their way up and is worth catching as soon as possible. 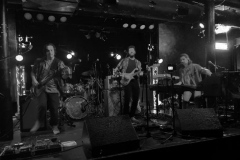