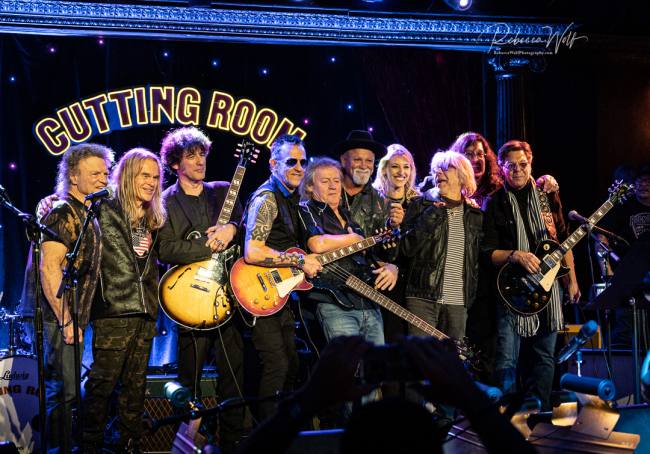 David Fishof is the founder and CEO of Rock ’n’ Roll Fantasy Camp which reached its 25th anniversary in 2022. Fishof began his tenure in the entertainment industry as a sports agent, representing NBA, MLB and NFL players, before transitioning to a music/tour producer. As a newcomer in the industry, Fishof created “The Happy Together Tour”, which brought together The Association, The Turtles, The Grass Roots, Gary Puckett, The Buckinghams and Tommy James and the Shondells. Fishof is responsible for reuniting The Monkees and subsequently brought Ringo Starr back on tour with Ringo Starr and his All-Starr Band. It was during a fateful All-Starr tour that Fishof generated the idea of Rock ’n’ Roll Fantasy Camp. This camp would provide everyday folk, those with a longing for exploring their musical fantasies, an opportunity to interact and learn from some real industry professionals…..rockstars.

Each year the word has continued to spread about the wonders of the camp experience, for campers and the counselors. During these past 25 years, there’s been an incredible range of rockstars who’ve joined the ranks of Rock Camp counselors. In 2021, Rock Camp: The Movie was released, showcasing the inspiration behind Rock ‘n’ Roll Fantasy Camp, and following four campers whose musical dreams brought them on a journey to perform with their rock and roll heroes and to transform their lives.

For many campers the experience has been so transformative that they’ve returned time and again, not only to strengthen their musical abilities but to grow as individuals. Realizing how life-changing Rock ’n’ Roll Fantasy Camp can be, a group of dedicated alumni wanted to help bring the camp experience to some deserving young musicians, who without financial assistance would be unable to partake in the experience. With the dedication of these alumni (and the “Ok” from Fishof), the Rock and Roll Fantasy Foundation was born. A part of the foundation’s mission is to “provide scholarships to eligible candidates to attend Rock Camp and share in the experience of becoming members of the Rock Camp family.” However, the foundation’s mission statement truly sums up what Rock ’n’ Roll Fantasy Camp has proven to be for those who’ve experienced it, “Changing lives through music.” In December 2022, the book Rock Camp. An Oral History: 25 Years of the Rock ’n’ Roll Fantasy Camp was released. The book was made possible by the Rock and Roll Fantasy Foundation and proceeds from the book benefit the foundation.

NYC was home to the latest Rock ’n’ Roll Fantasy Camp, The Beatles vs The Ruling Stones, November 17 – 20, 2022. Ace Frehley (Kiss), Nels Cline (Wilco) and Chuck Leavell (Rolling Stones) stopped in to jam with the campers during the four-day session, while special guest Simon Kirke (Bad Company, Free) came to perform with the bands for the Sunday night finale performance of Sgt Pepper’s Lonely Hearts Club Band. The camp’s musical counselors included Tony Franklin (The Firm), Mark Clarke (The Monkees), Joe Vitale (Joe Walsh, Eagle), Teddy Andreadis (Guns N’ Roses, Alice Cooper), Kasim Sulton (Utopia), Bumblefoot (Guns N’ Roses, Asia), Derek St Holmes (Ted Nugget), Ricky Byrd (Joan Jett), Britt Lightning (Vixen), Gary Hoey, Johnny A (Peter Wolf, Derek and the Dominos), and Jimmy Vivino. The Cutting Room was packed with campers, counselors, friends and family members for the big finale. Anticipation and excitement filled the room throughout the four hour performance, as each band made its way onto the stage. Regardless of the skill level of an individual, each band did an incredible job functioning as a whole and creating an amazing performance. While I was only at Rock ’n’ Roll Fantasy Camp for the final showcase, you didn’t need to be there for long to witness the obvious pride and joy on every camper’s face. It’s no wonder the experience can be so transformative and why so many return to again experience the thrill of living their musical fantasies. 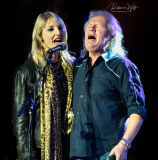 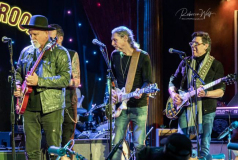 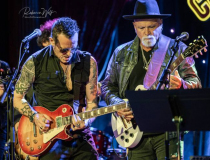 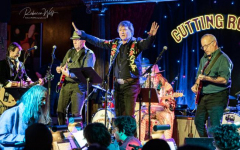 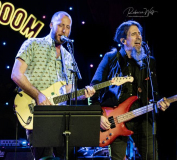 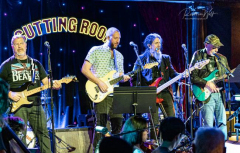 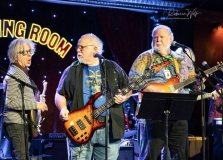 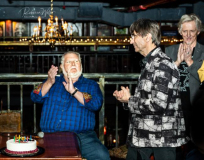 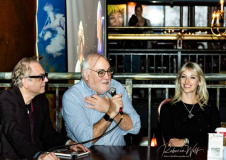 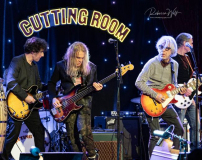