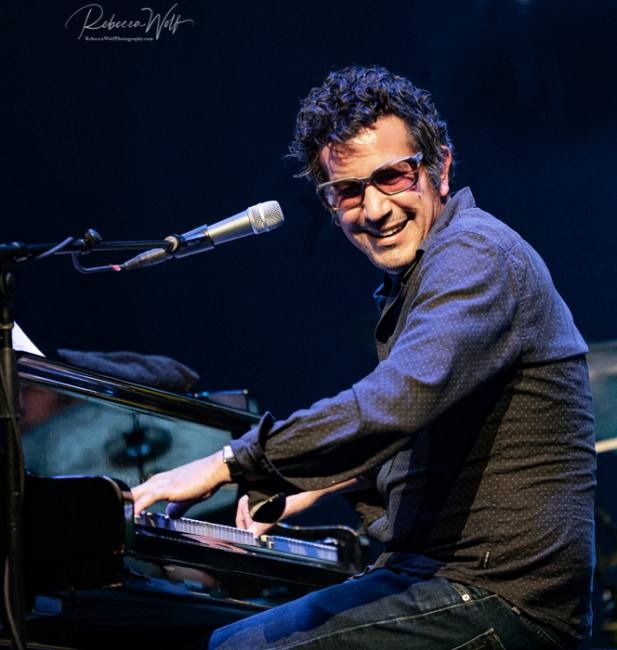 Last month A.J. Croce embarked on the 50th Anniversary Celebration of his father, Jim Croce’s, iconic 1972 album, You Don’t Mess Around With Jim. (See interview with A. J. Croce here). The celebration began with A.J. guest DJing on Sirius XM’s The Bridge, where he shared stories about his father’s music and their musical connections.  This celebration has returned A.J. to the road with a full tour schedule of Croce Plays Croce, the acclaimed concert tribute to his father, showcasing the music of father and son, the musical foundations that made both Croces into the musicians that each became, and stories of the beloved Jim Croce during his short musical career.

A.J. himself has had a successful 30 year musical carrier and has released 10 studio albums. His music spans various genres, including contemporary blues, Americana, pop, jazz, gospel and soulful rock, and garnered recognition on various radio charts. A.J.’s musicianship started at 6 years old, when he began teaching himself to play piano. From early on, a love of old school blues and jazz built his strong musical foundation. By 16 years old, A.J. was touring with R&B pianist and singer, Floyd Dixon, and he later toured with Ray Charles, BB King, Sam Cooke, and a long list of musical greats.

It’s this foundation of blues and jazz that A.J. found connected him to his father in ways previously unbeknownst to him. While A.J. did not have the opportunity to know his father, who passed away in a plane crash when A.J. was just shy of 2 years old, he’s been able to build a deeper connection to him over the years through their shared musical interests. It was about 20 years ago when A.J. discovered that he and his father shared the same musical influences, obscure influences that would not have been expected. This discovery led to the growth of their musical bond and ultimately to A.J. creating Croce Plays Croce, paying tribute to his father’s music and the music that connects them. It’s in these past two decades that A.J.’s began honing his skills on the guitar, which allowed him to play more of his father’s songs, which had been written as guitar pieces.

It’s not surprising that Croce Plays Croce has garnered rave reviews and has played to sold out theaters across the US. Jim Croce and his music was incredibly beloved and dare I say, no one who loved his music 50 years ago doesn’t feel the same now. Of course the thought of seeing Jim Croce’s son play his music is likely to draw any Jim Croce fan. However, having experienced A.J. Croce’s incredible performance of Croce Plays Croce at the Newton Theatre on March 3rd, I can truly say the rave reviews are surely not based solely on a son singing his father’s music. It’s much deeper than that.

As A.J. Croce entered the stage at The Newton Theatre with a broad smile on his face, the crowd erupted with heartwarming enthusiasm. Taking his seat at the piano A.J. began the night with the energetic “You Don’t Mess Around with Jim,” which had the audience immediately engaged and filled with enthusiasm. “Easy Money,” from A.J.’s 2012 album Twelve Tales, continued this uplifting, high spirit with its jazzy, bluesy, funk, followed by the foot tapping, knee slapping cover of Sonny Terry & Brownie McGhee’s, “Better Day,” from Croce’s latest album, By Request.

A hush fell over the crowd each time A.J. addressed the audience with his broad, kind smile and warm, soft-spoken voice. While telling stories about the origins of his father’s songs like “Operator,” (soldiers’ phone calls to loved ones at the army base payphone), or “Rapid Roy,” (novelty races at the stock car racetrack), there was pride in A.J.’s voice at being able to share these memories and keep his father’s music alive. Throughout the evening A.J. continued sharing stories from his father’s short career, as well as tales from his own musical experiences. In doing so, A.J. was not only able to paint a picture of the musical bond he and his father share but he also built a wonderful connection with the audience, who sat enraptured by his every word.

A.J. was awe-inspiring on the piano, as he played and sang with tremendous soulful spirit during songs like Billy Preston’s, “Nothing From Nothing,” and Allen Toussaint’s, “Brickyard Blues,” both from his album, By Request. There was no doubt that the piano keys are where A.J. is able to express his passion. While A.J.’s time on the guitar may be more than a couple decades behind his piano playing, the fact that he played beautifully on songs like, “I’ve Got a Name,” and the evening’s encore, “Time in a Bottle,” was another indication of his diverse musicianship.

As the performance came to an end and the crowd began to disperse, there was an aura of calmness throughout The Newton Theatre. “Time in a Bottle” can surely do that to just about anyone. However, I think the diversity in the music A.J. writes and performs, his skills as a multi-instrumentalist, his ability to endearingly connect to the audience, and his passion and pride in sharing his musical connection with his father, is what made Croce Plays Croce such a wonderful experience, and what left the crowd feeling warmth and peace. Isn’t that what we all need a little bit of right now? Croce Plays Croce, the music of Jim Croce, A.J. Croce, and those who influenced these two incredible musicians…..definitely not to be missed! 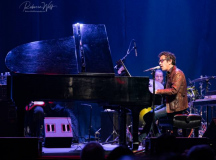 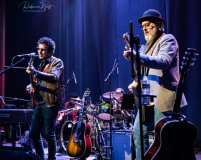 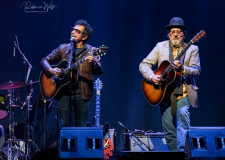 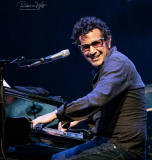