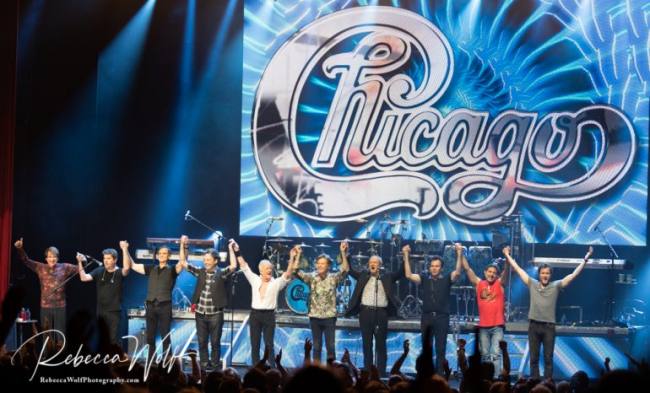 From the beginning, the band described themselves as a “rock and roll band with horns”. Throughout the 1970s and 80s, Chicago had multiple hits, as well as 23 gold, 18 platinum and 8 multi-platinum albums in the U.S. In 2016, they were inducted into the Rock and Roll Hall of Fame.

Chicago has remained a touring band for the past 50 years. Of the original members, guitarist Kath, tragically passed away in 1978; Cetera departed in 1985 and Seraphine was replaced in the 90s. In the recent past, two members moved on after approximately 30 years with the band, and there has since been additional changes in guitar players, keyboardists, and percussionists. However, for the last 50 years, Lamm, Loughnane and Pankow have remained the heart and soul of Chicago, carrying on the band’s legacy. It’s the band’s legacy, their hits, which fans eagerly await at every concert. Fans are thrilled to sing along to the Chicago songs of their youth, to join in the enthusiasm of the upbeat songs and be touched by memories evoked during the ballads. Chicago’s elated fans were given this opportunity at Bergen PAC on 6/19/19.

The packed house was treated to an amazing performance by Chicago. The brilliantly colored (and ever changing) stage lights and backdrops matched the enthusiasm, energy and joy emanating from each of the band’s 10 musicians.  Even with several new members, including lead singer, Neil Donell, the band sounded just as you’d expect Chicago to sound, like the Hall of Fame inducted, “rock and roll band with horns.” Original members, Loughnane, Pankow and Lamm radiated passion for Chicago’s music, with Pankow showing more enthusiasm than you’d think possible, while playing a trombone. Fans were on their feet, passionately singing and dancing along to each and every upbeat note, and swaying in rhythm to the heart-felt ballads.

The most impressive part of the performance for me (having already seen Chicago several times in the past few years) was new singer, Neil Donell. When many “older” bands must find a new singer, they often fill the position with a much younger singer, someone who often feels “new”  (possibly due to availability and ability of younger singers.) However, this is not the case with Neil Donell..sorry Mr. Donell, not saying you’re “old,” just seasoned. Donell not only physically fits in perfectly with the band, not only does his stage presence and connection to his bandmates meld him in with the band, but Donell perfectly creates the sound and feel of Chicago’s music. Donell fit in so seamlessly with the band that I kept forgetting that this man is a new member.

In researching a bit about Donell, I learned that this Canadian, is a multiple Juno Award nominee and has often been referred to as “‘the man of a thousand voices,’” due to his uncanny ability to reproduce the voices of artists across all musical genres. As a singer/musician, who’s performed the music of Chicago for many years, how thrilling it must be at this stage in his life and career to become the lead singer in a band that, in Donell’s words, “I am as much a fan of Chicago the Band as any of it’s most ardent fans.” Donell’s phenomenal performance at Bergen PAC was a testament to the honor he felt at being given this unbelievable opportunity. Witnessing his enthusiasm and that of every band member, and hearing Chicago’s still incredible music, remains a thrill…even close to 5 decades later.  May Chicago continue sharing their music and their joy for the foreseeable future! 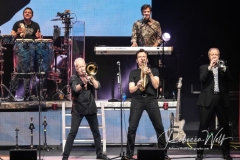 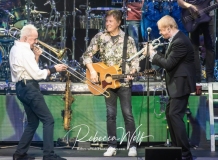 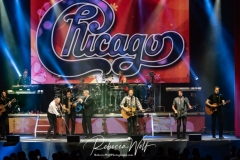 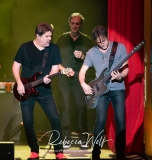 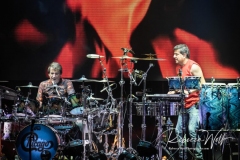 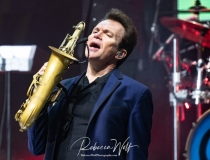 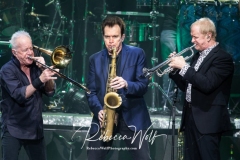 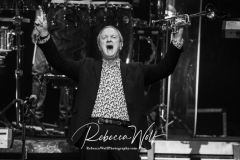 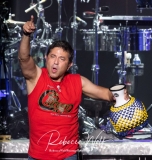 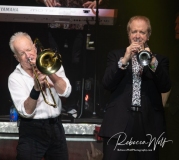