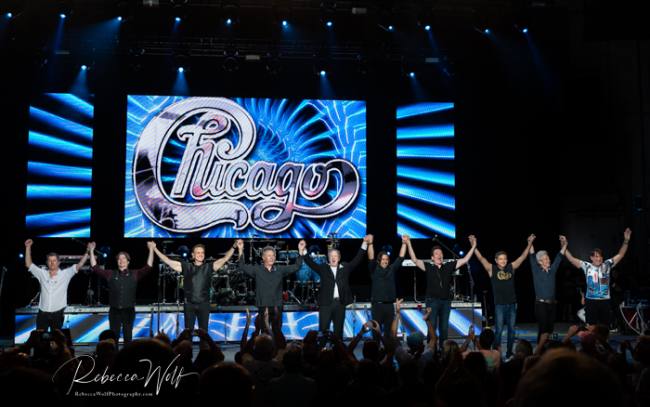 Chicago has been creating and sharing their music for an incredible 55 years and are set to release of their 38th album this week, Born For The Moment. As one of the longest-running and best-selling musical groups, it’s not surprising that fans pack venues across the US, as Chicago continues to tour and perform their signature sound and beloved classic hits. At PNC Bank Art Center on June 11th the seats and the lawn were filled with fans eager to not only hear their favorite Chicago numbers but to sing and dance along. The energy on stage was equal to the spirit of the crowd.

While many of these songs have been in the band’s repertoire for more than 4 decades they performed them with the vitality with which they were originally written. With a stage full of musicians and singers, each performer played his individual role, simultaneously functioning with incredible coordination and communication.  On several occasions the horn section joined forces centerstage with impressive musical collaborations, while in another instance the percussionists played an extended rhythmically thunderous, eye and ear catching solo Every vocal performance was equally as strong, with various singers taking lead and beautiful harmonies.

The evening’s setlist included hits from the 70s including, “Call On Me,” “Colour My World,” “Saturday In the Park,” “Does Anybody Really Know What Time It Is?” and “Just You ’n’ Me,” hits from the 80s including, “Hard Habit To Break,” “Hard To Say I’m Sorry,” and “You’re the Inspiration,” and from the new album, “If This Is Goodbye.” And, no Chicago concert would be complete without ending with a chorus of thousands singing “25 or 6 to 4.” It’s no wonder that Chicago has continued to thrive after 55 years. They continue to sound great and their music continues to make people feels good. What more can you want from music than to make you feel good! 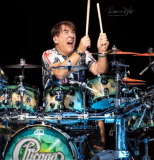 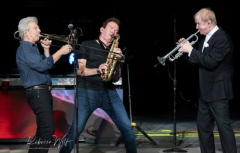 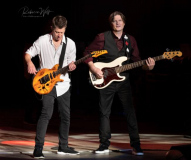 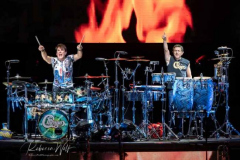 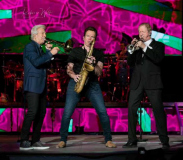