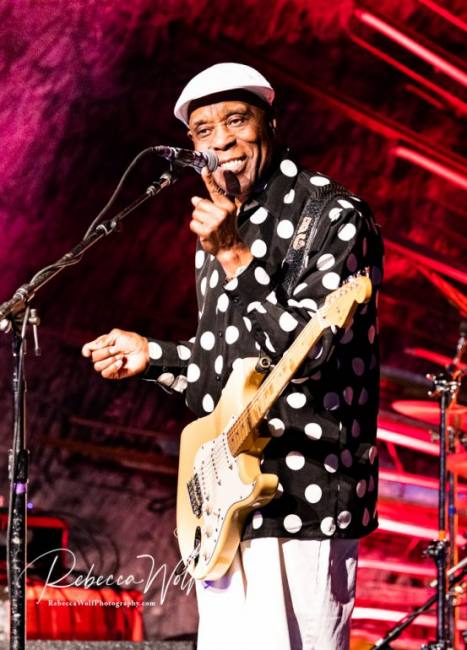 To think I missed out all these years by not having seen a Buddy Guy performance. That was the thought which kept crossing my mind at Sony Hall tonight, as I sat in awe, transfixed by every word and musical note emanating from this unbelievably talented gentleman. From the wail of his blues guitar, to his powerful, soulful vocals, Buddy Guy’s music tells stories of angst, strife, elixirs to soothe the pain, and most of all, the spirit of remaining steadfast and strong.

Just in case one thinks that Buddy Guy is all about the heavy weight of the blues, Guy quickly dispels that notion with his casual use of profanity and “inappropriate” humor during his banter with the crowd (though these interactions felt anything but inappropriate for Buddy or for his adoring crowd.) Reflecting on not being given radio play in the past due to some of his lyrics (which included words not previously allowed on all access radio), Guy cheerfully noted that with what he hears now in Hip Hop, obviously anything goes! And so, Buddy Guy obviously felt quite thrilled at being granted “official permission” to follow suit. Buddy Guy is no typical 82 year old gentleman or musician. His musical skills remain legendary, his wit remains quick and spicy, and Guy remains as energetic, and I must say as “cool”, as a man half his age.

Even with all of Guy’s talent and fame, and the awards he’s achieved, it’s obvious that Guy remains a man of tradition…a man of the people. He honors his roots, his humble beginnings and doesn’t take himself too seriously. Guy chuckled when telling a story about his bodyguard being accused of assaulting an individual, because Guy does not have a bodyguard. “You want $10 from me, ask me. I will give you $10,” said Guy. To Guy, it is just that simple…there are no airs about him. How refreshing it is in this day and age, to encounter a legend who remains humble, humorous, joyful, hardworking and as skilled as he was 40+ years ago….a man who loves to connect and share his music and his soul with his adoring fans. I walked out onto the NYC streets with a smile on my face on that very hot evening, with only one thing on my mind. How fortunate I was to have experienced this incredible performance and how quickly would I be able to do so again. 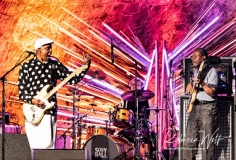 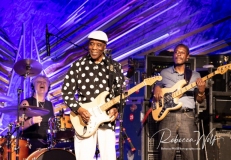 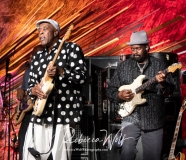