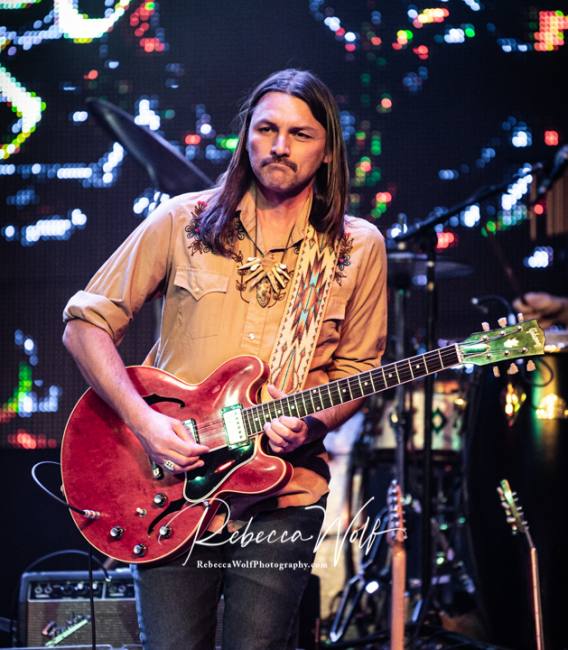 In February 2020, I was fortunate enough for the Allman Betts Band be one of the last concerts I attended before the global shutdown. No one at that time could’ve fathomed we were on the precipice of life-altering circumstances, ones which would completely change how we functioned in our daily lives.  The energy, spirit and phenomenal musical talent we experienced that night was what many fans have held onto in their minds and hearts during this seemingly never-ending ban on in-person live music.

For the first time ever, the primary form of delivering live music to fans became virtual. Musicians turned their living rooms, basements and garages into makeshift studio spaces and performance arenas. Suddenly, audiences were only visible from behind a screen or more often, not visible at all. For those unaccustomed to performing to an invisible audience, and singing to an unresponsive camera lens, the experience must have initially felt akin to playing to everyone and no one at the same time. However, these performances became a saving grace to musicians and their fans. Musical performers love to perform. They thrive on expressing themselves through their music and sharing their passion with their fans. And, fans of live music are passionate about the experience. Music feeds their souls, and gives them joy, peace and strength to carry on. During this pandemic, joy, peace and strength to carry on have been needed more than ever! Was it ideal to be quarantined in one’s home, watching and listening to a favorite artist play in their living room, rather than on stage. No! However, it provided opportunities to share musical experiences with artists beyond listening to recorded options.

One of the artists quick to begin live online performances was none other than Devon Allman. For several months during spring and summer 2020, Devon played musical sets once or twice a week from his St. Louis home, dubbing it the “We Are In This Together Tour.” Nightly set lists included classic rock, Southern rock, and folk rock tunes from a range of artists. Keeping social distancing guidelines, several locally residing ABB members made guest appearances, including percussionists John Lum and R Scott Bryan. It’s not surprising that for almost every performance nearly1000 fans joined Allman online. Not only did Allman shine with his fast-picking guitar playing and amazing vocals but Allman shared a friendly, warm connection with his virtual audience.

However, it’s apparent that Devon Allman is a musician who enjoys being part of a band and on the road. Maybe it’s just in his blood. There’s a twinkle in his eye and a grin on his face whenever he’s performing. He appears to thoroughly love singing, playing music, jamming with his bandmates, and in the process bringing his audience along for the ride. So, as soon as quarantine/travel restrictions were lifted in parts of the US last summer, permitting bands to play socially distanced outdoor shows, the Allman Betts Band was back on the road. On the road is where they have been ever since. The ABB played outdoor venues in the Northeast in Sept /Oct 2020 (my first shows since Feb 2020, and my last until June 2021) and made their way to warmer climates as the seasons changed. Now, as summer approaches and the country is slowly returning to some semblance of normalcy, indoor venues are beginning to reopen and concerts are returning. And, the band that never really stopped touring will finally be able to fully showcase their sophomore album, Bless Your Heart, which was released last summer.

On June 15, 2021 I took my first step inside a venue in 16 months, at The Landis Theater in Vineland, NJ. How thrilling it was that my return to the world of concerts was to see the Allman Betts Band. The Landis Theater, originally built in 1937, proudly stands as a Vineland landmark, with its colorful, retro, neon marquee. The Allman Betts Band was scheduled for 6pm and 10pm shows that evening. Opening for both was the second band to be signed to Devon Allman’s Create Records label, the River Kittens. The River Kittens, Mattie Schell and Allie Vogler, hail from St. Louis, and performed songs from their newly released 6-song EP, Soaking Wet. Their music can best be described as a mixture of folk, bluegrass, and Americana; the kind of music that catches your attention with it’s upbeat but down home vibe. Playing guitar, ukulele, and mandolin, the ladies displayed their beautiful harmonies, clever lyrics and mid-western charm. From the catchy, dance-in-your seat “Trouble” (their first music video), to the spirited, female-empowered “Not Your Babe”, the River Kittens engaged you and put a smile on your face from the first strum of their instruments

The Allman Betts Band entered the stage to the cheers of the Vineland crowd. Opening the set with their incredible instrumental “Savannah’s Dream,” the audience was both enthused and mesmerized.  While the venue was not sold out, the crowd was obviously thrilled to be present for a performance they had been awaiting a year to experience. The Allman Betts Band traditionally has a high turn out and fills their concert venues. However, two shows in one evening, one on the earlier side and one on the later end, as well as a less populated area of the state, and only a recent return of concerts, may all have contributed to the diminished crowd. That did not stop the band from putting in as much energy, and exuding the same passion and enthusiasm, as if they’d been performing for a packed house.

The set was comprised of the perfect mix of favorites from Bless Your Heart, including the high energy “Airboats & Cocaine” (Allman on lead vocals), “Magnolia Road”  (Betts singing lead), and the deeply touching “The Doctor’s Daughter” (Oakley on lead vocals and keyboard, beside the phenomenal John Ginty, on the Hammond B3). First album favorite, “Autumn Breeze,”  showcased Duane Betts’ phenomenal guitar jamming skills, alongside master slide guitarist Johnny Stachela. During “Down to the River,” the title track from the album, Allman looked to the audience to participate during the chorus but instead was met with a weak, muffled response. This only heightened Allman’s persuasive spirit, ultimately sparking the crowd to raise their voices and join in. An Allman Betts show is never totally complete without the sons paying homage to their famous fathers. What better way to honor their legacy than to play a couple of Allman Brothers songs, including “Blue Sky” and the beloved “Midnight Rider.”

Prior to the end of the first show there was an unprecedented announcement made to the audience….a once in a lifetime opportunity. With many seats open for the 10pm show, audience members were informed that anyone who wanted a ticket for the 2nd show would be able to stay for free. A murmur raced through the crowd as fans excitedly communicated with their partners about this stroke of fortune. Fans were encouraged to remain by Allman, who assured that the second show would be a completely different set of songs, “not one song repeated,” he proclaimed to the crowd. Bringing the River Kittens back on stage for the encore, the band celebrated the Garden State, with a cover of Bruce Springsteen’s “Atlantic City,” followed by Allman’s incredible lead vocals on “Pale Horse Rider.”

The comfortable, informal vibe during the first show was greatly magnified in the later performance. With a smaller audience, many of whom were there for a second go-around, there was almost a sense of “anything goes” in the crowd. As if this wasn’t THE Allman Betts Band, there were a couple of instances when an emboldened fan shouted amusing comments to the band, to which Allman responded with equal banter. On stage, the typically relaxed demeanor of the band members was also heightened. Duane Betts, who often appears very serious and focused could be seen having a laugh with Stachela, while never missing a beat on his guitar. Allman and Oakley, who jam at moments throughout the sets, seemed even more loose and casual.

Allman held true to his commitment that not a single song would be duplicated from the first performance. The second show included a mix of songs from Bless Your Heart, including “Southern Rain,” “King Crawler” and “Rivers Run,”  as well as several Allman Brothers instrumental jams,  including “Dreams” and “Jessica,” which showcased the musical expertise of each individual band member.  The performance ended with “Long Gone,” from the band’s first album, Down to the River. It’s somehow fitting that the evening ended with a song entitled “Long Gone.” For those who love to perform their music, as well as those who love to be in the presence of live music, we have been “long gone” from these amazing experiences. The words sung by Devon Allman, with his warm, rich, powerful voice couldn’t have rung more true…“And we’re long gone. It’s time to get back home. It’s time to get back home.” Yes, it’s time for all of us to get back “home” to the music and performances that bring us joy and feed our souls. May we forge on forward…no looking back! 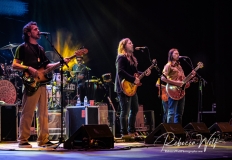 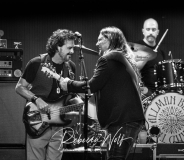 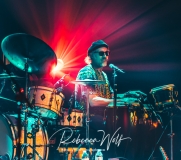 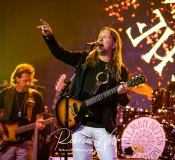 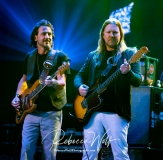 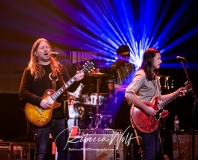 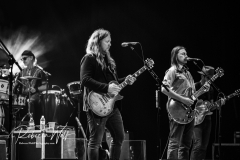 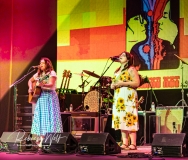 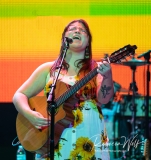