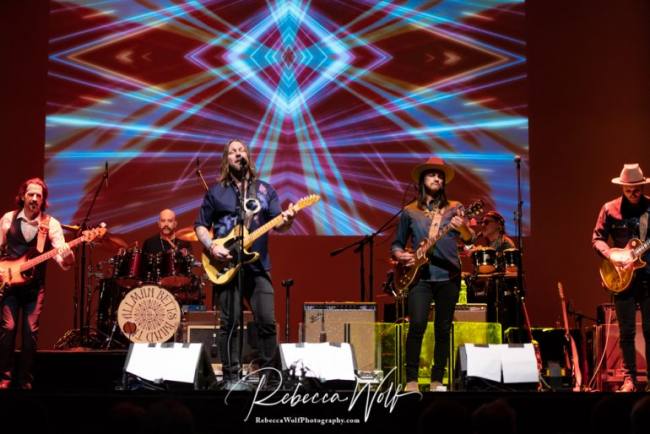 This year marks the 50th anniversary of The Allman Brothers Band, a band formed in 1969 in Jacksonville, Florida by brothers Duane and Greg Allman, Dickey Betts, Berry Oakley, Butch Trucks, and Jai Johanny “Jaimoe” Johanson.  The Allman Brothers sound was a mix of Southern rock, blues, jazz and country, earning them gold and platinum albums and induction into the Rock and Roll Hall of Fame. What better way to honor the legacy of this band then for their off-spring to join creative forces, follow in their fathers’ footsteps, and form a band of their own.  Devon Allman, son of the late Greg Allman has been touring for the past year with Duane Betts, son of Dickey Betts, as The Devon Allman Project with special guest Duane Betts. Based on the success of this collaboration, my “soul brother” for the past 30 years, as Allman referred to Betts, have come together to form The Allman Betts Band, and have embarked on their first worldwide tour.

Although this is the band’s first worldwide tour, a tour that just began on March 27th at the Brooklyn Bowl, the comfort level amongst these musicians was clearly visible. The guitar players moved about the stage with ease, as Allman, center-stage, sang lead on the majority of the songs. Betts shared the spotlight taking the lead on The Allman Brothers Band song, “Blue Sky,” as well as a song from his solo album, “Taking Time.” Throughout the performance he

showcased his jamming guitar skills, as did Stachela, with his fast picking, lightning quick chord changes, and slide guitar moves. These gentlemen are guitar players down to their very souls, and their emotions emanated through the vibrating strings of their instruments.

The audience at the St. George shared in these emotions and was thrilled to be waving their arms in the air, and dancing in their seats, and in the aisles. Although the interaction with the crowd was limited, Allman expressed his pleasure at bringing their music on the road. When speaking of their upcoming album, and recording at Muscle Shoals, there was pride written on his face. Pride could also be heard in Allman’s voice while doing some quick tuning on “my father’s guitar.” Betts was not one to communicate with the audience verbally.  He presented a reserved natured, with his hat, boots, denim shirt, and thin mustache. Appearing as the consummate stoic cowboy, only in his passionate guitar playing were  Betts’ emotions on display for the fans to see.

As the musicians sang and played their guitars in unison their voices  were warm and rich and their guitars were full of spirit and soul.  The songs easily flowed from one to the next, including a cover of Neil Young’s “Cinnamon Girl,” “Midnight Rider,” from The Allman Brothers Band, and an amazing rendition of the Grateful Dead’s “Shakedown Street.” At about 13 minutes long, this song had every audience member on their feet, rocking to the music, feeling free-spirited and full of passion. That’s what I believe The Allman Betts Band reflects….it reflects the spirit of the past combined with the passion of the present. It reflects brotherhood, the love of family, and it honors tradition.  The members of The Allman Brothers Band (the first generation) would be extremely proud of their namesakes and the legacy they are carrying on. This is the first tour for The Allman Betts Band.….I predict it will surely not be the last! 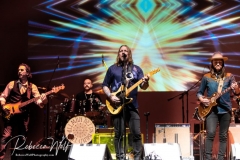 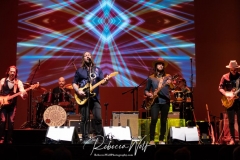 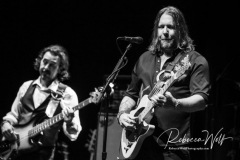 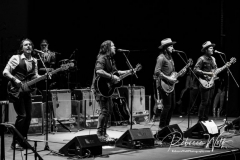 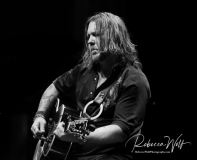 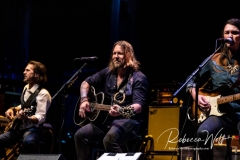 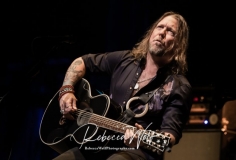 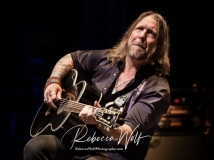 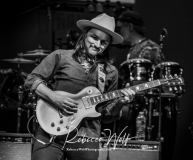