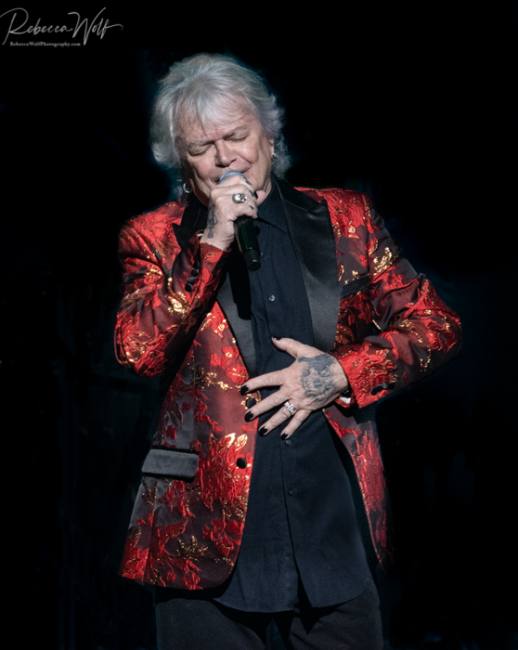 Passion is defined as “a feeling of intense enthusiasm towards or compelling desire for someone or something.” It’s an emotion most people have experienced at some point in their lives, whether it is towards another person or towards something (an activity), be it sports, art, cooking, music, etc. Passion fills the heart with excitement and joy, and elicits a desire to continue engaging with the person or activity that provokes this feeling; it’s just that powerful.

If you are looking for a physical representation of passion…an embodiment of this emotion…you need to look no further than the band Air Supply and its founders Graham Russell and Russell Hitchcock. Russell and Hitchcock have been a team since their meeting in 1975. While other musicians have come and gone from the Air Supply roster, what has remained consistent over the past 45+ years has been Russell and Hitchcock. It’s obvious when attending an Air Supply performance that what has kept these two men together throughout these years is PASSION. It may appear an easy leap to connect Air Supply with the word passion, as their songs are all about love, and what better example of passion is there than love. However, Air Supply’s connection to the word passion goes well beyond their beautiful love songs, incredibly crafted by Mr. Russell and exquisitely sung by Mr. Hitchcock. It’s everything about Air Supply that fits the definition of passion.

More than 20 years into the 21 st century, there are a limited number of 1970s bands still in existence, and even fewer who’ve remained consistently intact. Those who have stayed the course have often been plagued by inner turmoil amongst band members. It’s exceedingly rare to encounter a band that has remained happily together, with members sharing a common goal, enjoying each other’s company, and continuing to thrive on creating music and sharing it (live) with their fans. Air Supply is a shining example of one of these rarities. As bandmates and friends for well over four decades, Russell proudly shared with the St. George Theatre audience (and at multiple Air Supply shows I’ve attended) about the day he met Hitchcock in 1975, “since that day he’s been my closest friend; we’ve never had an argument.” These touching words were the purest affirmation of the passionate friendship this duo shares. It was a special feeling to watch Russell and Hitchcock on stage with the knowledge of the connection these gentlemen share…just another depth of passion to Air Supply’s heart grabbing music.

Adding to this foundation of passion, was the abundance of love and devotion that filled the St. George Theatre byway of the audience. From the moment Russell and Hitchcock entered the stage and began their opening number, “Sweet Dreams,” the crowd’s cheers and applause created an atmosphere of adoration for Air Supply’s music, and for Russell and Hitchcock, that remained throughout the performance. As the band played their beloved hit songs, including “Even the Nights Are Better,” “Every Woman in the World,” “Lost in Love,” “Two Less Lonely People in the World,” and “All Out of Love,” Hitchcock’s powerful voice was accompanied by hundreds of back-up singers in the crowd. During “Here I am,” Hitchcock encouraged the audience to take over singing a verse, while he conducted from the stage. With all in attendance eagerly obliging, it was impossible not to feel awed by the wide range of voices passionately singing in unison.

Throughout the evening, while Russell played his guitar, he joined Hitchcock singing during various numbers. While Russell does not have the soaring, majestic vocals of Hitchcock (giving praise himself to Hitchcock for being the one with the voice), his voice has a beautifully melodic, smooth tone. However, Russell had the opportunity to showcase one of his true talents, his skill with words. Russell’s connection to words goes beyond songwriting, and while left alone on stage he was given the opportunity to share his passion for words with the audience. “I do something very unusual for a rock and roll band,” said Russell. “I’m going to recite a few short and sincere words from my third book of verse, Turn Left at Greenland. It’s called, “Am I.”” With his beautifully warm, soothing voice Russell recited his poem, while the audience sat in silence, enraptured by Russell and his passionate recitation. As the crowd cheered their approval, Russell continued his performance, singing a brand new song, accompanied by keyboard and bass guitar. As explained by Russell, the song, ““What Am I Doing Here,” speaks about finding yourself in a place in your life where you wonder… “What am I doing here?” But, when you find your true passion, life is full of joy.”

Yes, Graham Russell and Russell Hitchcock have found their true passion, their 45+ years of making music and touring the globe with their band Air Supply, and their 45+ years of enduring friendship. This passion has spread to the Air Supply band members, who equally exuded boundless enthusiasm, energy and pure joy throughout the performance, including lead guitarist and music director, Aaron Mclain, keyboardist Mirko Tessandori, drummer Pavel Valdman, and bass player Derek Frank ( filling in for absentee bass player, Doug Gild.) Along the way Russell and Hitchcock have spread their passion to countless fans around the world…fans who reflect back the love and passion that Air Supply has given to them.

Air Supply is the embodiment of passion. It’s the theme of their music. It’s Russell and HItchcock’s 45+ year devotion to the band and to their friendship. It’s the passionate fan base they have created, who reflect back the passion and joy at their performances. So, if you are looking to add some passion to your life, Air Supply and its founders Graham Russell and Russell Hitchcock just might be exactly what you are looking for. 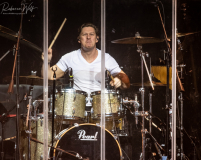 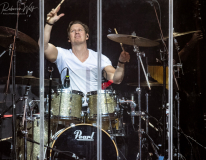 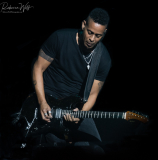 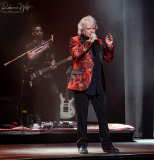 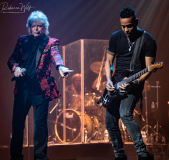 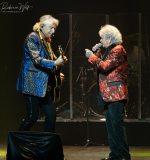 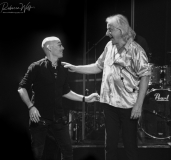