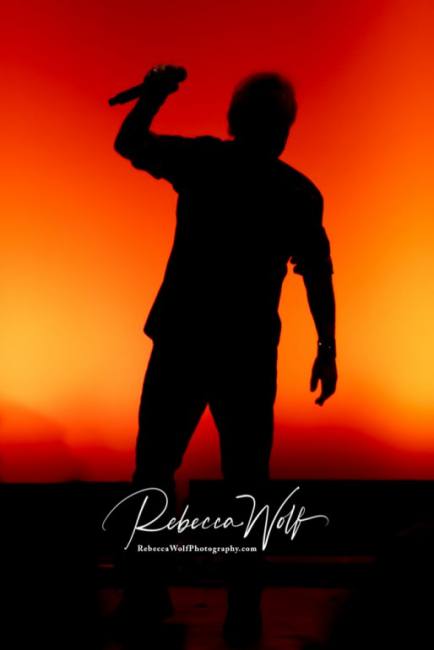 When Air Supply’s singer, Russell Hitchcock announced at their concert at Bergen PAC in Englewood, NJ that he and his musical partner of 44 years, Graham Russell, had never had a fight, this statement actually seemed plausible. These two gentlemen, who played their 5000th Air Supply show in September 2018, exude a level of warmth, passion and love during their performance that clearly demonstrates their love for the beautiful music they’ve created together, their joy at sharing this music with their beloved fans and their adoration for the each other. While Graham expressed praised for Hitchcock’s beautiful voice, Hitchcock gave accolades to Graham for his incredible songwriting. While many bands are unable to stand the test of time due to egos and jostling for lead positions, these gentleman have seemingly created the perfect combination…. each individual aware of his own strengths, as well as that of his partner, and each wanting the other to shine.

Quite possibly it’s the nature of Hitchcock and Graham’s connection that’s contributed to the type of music they’ve created and to their success. With titles including, “Lost in Love,” “Two Less Lonely People in the World,” “Even the Nights Are Better’” and “The One That You Love,” it’s quite apparent that the themes of Air Supply’s soft rock music center around love and relationships. While other songwriters might create love songs, the manner in which the songs are delivered has a significant affect on how they are perceived and received by their listeners. It’s the velvety, rich, pureness of Hitchcock’s voice, paired with the warmth, kindness and sincerity these gentleman exude that contributed to Air Supply’s 8 top ten hits in the US in the 1980s.

As Hitchcock and Russell performed on stage at Bergen PAC it was obvious that their fans were not only there to hear Air Supply’s beautiful ballads but to bask in the warmth emanating from these gentlemen. This kindness and love has kept audiences coming back, show after show and year after year. When asked by Russell how many people in the audience were seeing Air Supply for the first time, there was a smattering of applause. However, when the audience was asked who had seen them before, the cheers filled the room.

With a desire to share their connection to their adoring fans to an even greater extent, during the performance Hitchcock and Russell descended the stage to walk down the aisles and mingle with the fans while performing. Shaking hands, posing for photos, and even giving hugs…..it’s this connection and these loving gestures that elevate Air Supply’s songs to the next level….because it’s evident they are coming from the heart. Coming to an  Air Supply show provides you the opportunity to experience beautiful singing and fabulous guitar playing (by lead guitarist/musical director Aaron McClain). However, more importantly, being at an Air Supply show gives you the opportunity for 2 hours to feel. So, come ready to sing along; come ready to possibly shed a tear; come ready to leave feeling alive. 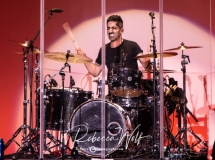 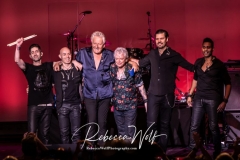 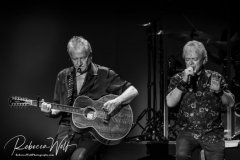 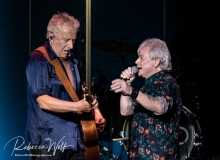 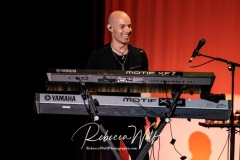