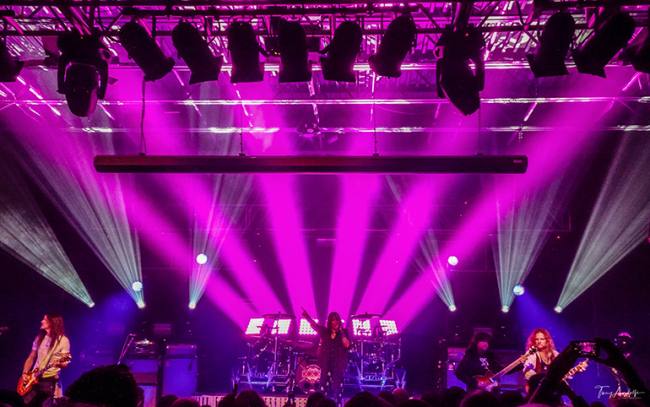 Tesla found their way to New Jersey tonight in support on the new cd “Shock.” The Boys literally played in my backyard when they played the Starland Ballroom – 10 minutes from my house. It is an amazing venue to see a band up close. I think it’s the best small venue in NJ.

Tesla Hit the stage with their best song off the new cd. “Tied to the tracks” is a heavy rockin blues song with mind blowing dueling guitar work by Frank Hannon and Dave Rude. Followed by one of their biggest hits. “Modern Day Cowboy” as lead singer Jeff Keith said ‘Bam”-that’s how you start a show! The next 14 songs were a dream setlist for me. Songs like “Call It What You Want” “Edison’s Medicine” “What You Give” were sprinkled through out the show. They played a total of three new songs off the new album. “Shock” was produced by guitarist Phil Collen of Def Leppard. It is a bit of a departure from their other albums and has a very melodic sounding vibe through out. It is why they called the album “Shock.”They knew it was going to shock their long time fans. Personally I love it.

If you have the chance, pick up the new cd and catch this show. Just to hear “Love song” live is worth the price of the ticket! An 80’s Rock Band still Kicking Ass, and making great New music. 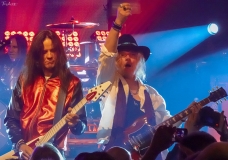 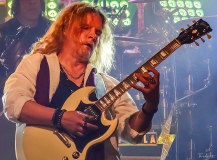 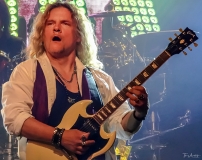 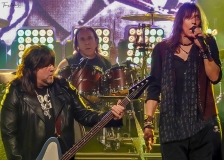 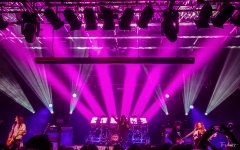 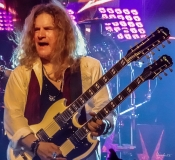 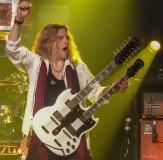 Photo and Review By Tony Andolfi