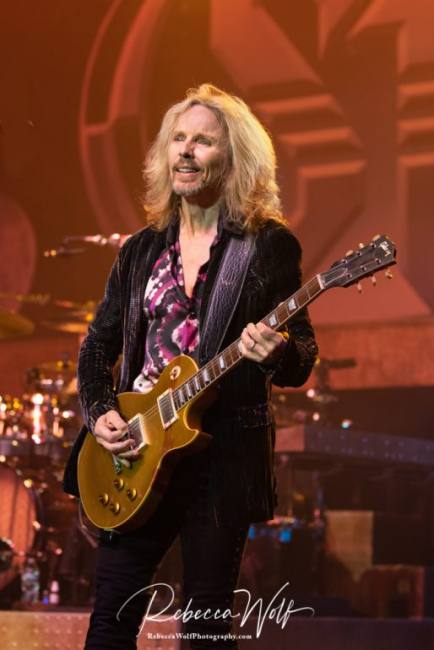 I’ve been a fan of Styx for the past 40 years….or so I thought until seeing them perform at Mayo PAC on May 20th. What I learned that evening was that for all of these years I’ve been a fan of Styx’s Greatest Hits. What I never knew were the amazing songs they have beyond those that played (quite frequently) on conventional Top 40 Radio. Styx’s musical catalogue demonstrates almost two sides to their “personality”…a side marked by songs with a mellower, pop rock, theatrical feel and those with more of a harder edge. There’s a mix of different vibes, energies and sounds from one album to the next. It was these differences that ultimately played a significant role in the parting of ways between the core group members, with original 1972 founding member, singer-songwriter Dennis DeYoung, no longer part of the Styx line-up,  a line-up that included (and still includes) original members, James “J.Y.” Young and Chuck Panozzo, and since 1975 lead singer-songwriter and guitar player, Tommy Shaw.

Tommy Shaw and rock guitarist James Young are rock and rollers. From the early days of Styx they have seen themselves in this light and 40 years letter it’s obvious they feel no differently. These musicians and their current band members display tremendous energy, enthusiasm and rock and roll spirit on stage. Yes, songs like “Lady” and “Come Sail Away” open with soft, beautiful, melodic, piano playing (that still gives me chills) but before long they burst into the energetic thrill that made these songs the rock hits that they were and continue to be. While I was additionally beyond excited that evening to hear my other Styx favorites, including “Fooling Yourself (The Angry Young Man)”, the sold-out crowd at Mayo PAC were fans who were well versed in all of Styx’s music, and were  enthusiastically on their feet and singing along from the first note of every song.

While decades have past since these songs were written and first performed, Styx has continued to sound just as amazing (to someone who has aged along with them) as they did “back in the day.” Living in a time when things are constantly changing all around us, it’s wonderful to still be  able to hear and see great live music from the “good old days”…real rock and roll, from real rock and roll musicians.  While it’s 40 years since some of these Styx albums and songs were released, I just might have to now download (guess we don’t buy anymore) all of their music beyond, their greatest hits.  I obviously have been missing out on some great rock and roll! Definitely a show not to be missed! 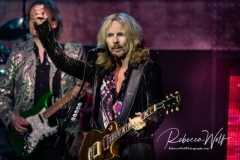 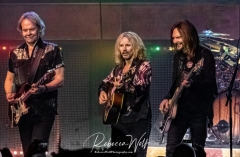 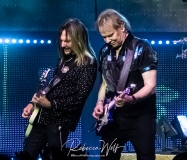 Photos and Review by by Rebecca Wolf