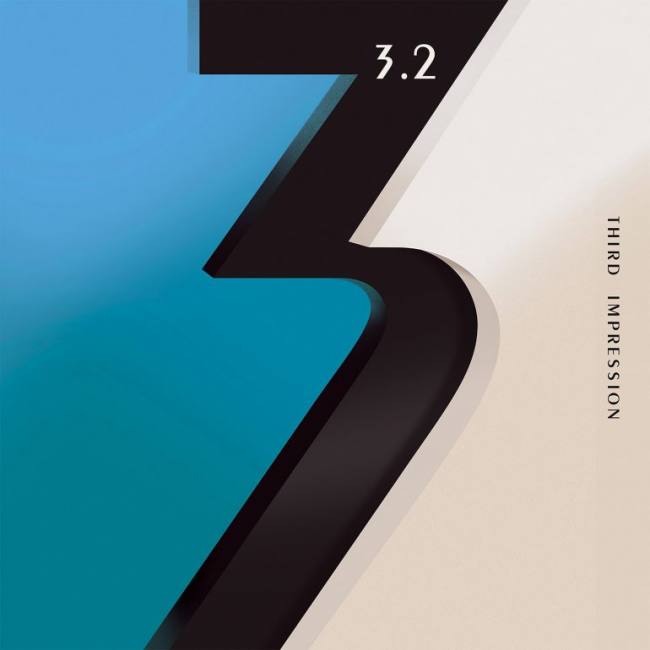 Singer/multi-instrumentalist/producer Robert Berry returns with a second 3.2 album, “Third Impression”. 3.2 is a continuation of the band 3, in which Berry played alongside Carl Palmer and the late, great Keith Emerson. Click here to read Fredda Gordon’s InFocusVisions interview with Robert Berry for more information about that connection and more. The full-length album “Third Impression” is the follow up to 3.2’s, “The Rules Have Changed“, and is a fine match for both its predecessors. It mixes epic songs, such as album opener “Top of The World” and closing song “Never”, the latter co-written by Robert with Emerson. Third Impression has also added more melodic and AOR moments. The initial collaboration was the band 3 and the album “To the Power of Three”, released worldwide by Geffen Records. That album took the band to the top of the Billboard charts landing at #9. And now the last album in the 3 series being released.

The working relationship between the legendary keyboard player Keith Emerson and singer and multi-instrumentalist Robert Berry started in 1987. Iconic manager Brian Lane (Yes, Asia, A-Ha, etc.) and drummer Carl Palmer arranged a meeting between the two prolific musicians. The plan was to form a more melodic, song-oriented band (compared to Emerson Lake & Palmer), which would allow Emerson, Berry and Palmer to follow in the footsteps of the success that Asia and GTR were enjoying in that period. And thus, 3 was born, resulting in a top 10 US single in “Talkin’ Bout” and an acclaimed North American tour.

Now, moving forward 34 years the 3 saga is concluding with a apt final chapter. Notably, “Third Impression” includes the last song co-written by Emerson and Berry, and is the fitting close to a rich and creative partnership. All three of the 3 albums landed on the Billboard charts and each one garnered rich praise from reviewers. From the start of a new sound in 1988 with “To the Power of Three”, to the richness and depth of “Third Impression”, the music has evolved and leaves its mark on the world.