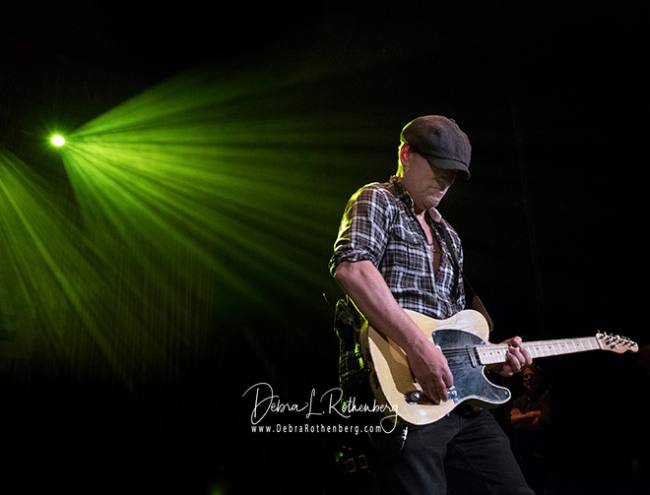 Instead of calling this “Light of Day,” it could easily be called “For the Love of Bob Benjamin.”

Bob Benjamin was diagnosed with Parkinson’s disease 20 years ago, and these series of concerts that started in Asbury Park, NJ and are now all over the world has raised over $6 million dollars for Parkinson’s research. Everyone who entered the Paramount Theater on the Boardwalk in Asbury Park, NJ tonight was greeted by Bob, many shaking his hand, kissing his cheek, smiling or touching his shoulder. Bob is so loved, so respected.

Asbury Park is a place that brings this love. The “community” is not only the musicians and those who live there or close by, but the people who travel thousands of miles to come together for the music, and whenever someone is in need. For so many, it is “home” and if you come alone, you leave with new friends.

Even when Bruce Springsteen doesn’t make an appearance, the musicians blow the roof off this old, beautiful building on the boardwalk. No one ever leaves disappointed.  Fans old and young and musicians old and young can be seen smiling the whole night. This year, we were treated to some “new blood” and they are now part of the “LOD Family” and have new friends. Matt Jaffe from San Francisco blew me away. I think we will be hearing about this young man.

Joe Grushecky and his band are so tight. His son, Johnny, is so much fun to watch-flipping his long brown hair and never standing still. I love watching the father/son perform together.

Joe D’Urso gets better every time..and how can that be because he plays his heart out EVERYTIME.

I almost didn’t make it down to the shore-my old stomping ground, because I had recently returned from a photo trip to Cuba and was quite exhausted.

Jesse Malin, Willie Nile, Wiliams Honor, Dramarama and everyone else made the night great even before Bruce Springsteen came out to play. See the official press release below. 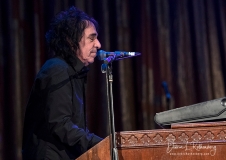 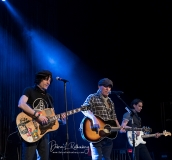 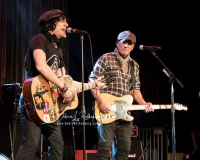 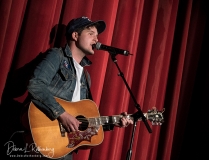 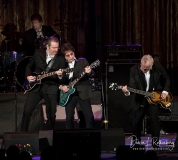 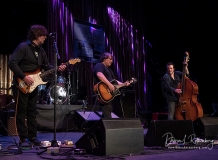 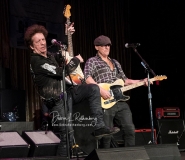 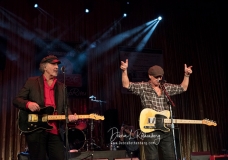 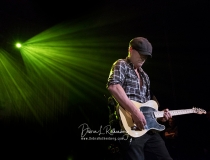 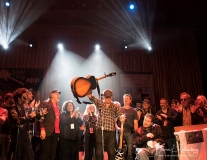 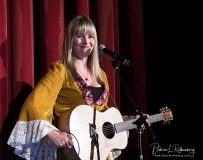 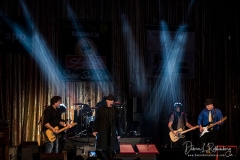 The official press release after the festivities:

ASBURY PARK, NJ (Jan. 19, 2019) – After five years away, Bruce Springsteen returned home to LIGHT OF DAY WINTERFEST last night in grand style to help “The Festival That Bruce Built” celebrate its 20th anniversary with his 12thsurprise guest performance during Bob’s Birthday Bash, the six-hour “Main Event” of the 10-day festival he has brought to worldwide prominence in the global battle to defeat Parkinson’s Disease and related illnesses through the awesome power of music.

An elated audience at the sold-out Paramount Theater here watched as Springsteen made a trio of on-stage appearances – in order, with Jesse Malin, Willie Nile, and finally, longtime collaborators Joe Grushecky and the Houserockers – to help the Light of Day Foundation push its two-decade fundraising tally toward its $6 million goal by festival’s end after this weekend.

Bob’s Birthday Bash is named after the organization’s co-founder and inspiration, artist manager and music industry veteran Bob Benjamin, who was diagnosed with Parkinson’s disease in 1996, and continues to fight not only his personal health struggles, but on behalf of those afflicted around the world on behalf of the Light of Day Foundation. Now wheelchair-bound, Benjamin joined Springsteen and the other participants on stage at the end of the evening for the traditional birthday cake presentation as the musicians and audience sang “Happy Birthday.”

Dressed in black jeans, a plaid checkered shirt and newsboy cap, Springsteen first appeared with Malin to duet on “Broken Radio” and add guitar to “Meet Me at the End of the World” from Malin’s new album, Sunset Kids. Springsteen returned to join Light of Day stalwart Willie Nile on “One Guitar,” the Nile-penned number that has become the unofficial anthem of the annual celebration.

Springsteen returned to cap off the celebration for an explosive 70-minute set with Pittsburgh rocker Grushecky and his band, alternating between Grushecky and Springsteen numbers in a 10-song set that included Boss favorites “The Promised Land,” “Atlantic City,” “Darkness on the Edge of Town” and traditionally, “Light of Day.” The latter was a signal for all of the evening’s performers to fill the stage and become an impromptu chorus.

Though “Light of Day” usually closes Bob’s Birthday Bash, Springsteen had one more song to offer. He switched to acoustic guitar and serenaded Benjamin on a solo rendition of “Thunder Road.”

“Thank you, Bob,” said Springsteen. “We love you.”

A wide variety of combination ticket packages – as well as single tickets to each show – are available. Additional ticket info can be found at the official Light of Day website: www.lightofday.org and Facebook page: www.facebook.com/LOD2000.

Complete ticket and additional information for all LIGHT OF DAY WINTERFEST 2020 events at www.lightofday.org and on Facebook.

Here are the remaining LIGHT OF DAY WINTERFEST 2020: THE 20TH ANNIVERSARY events:

LOD 20 AT THE LANES: BEST OF THE EAGLES – with special guests Miss Emily, The Bob Polding Band, plus special “After-Set” – Asbury Lanes, Doors Noon; Show 12:30 pm., $20 advance/$25 day of show. Bowling lanes will be open throughout the show!

ABOUT THE LIGHT OF DAY FOUNDATION