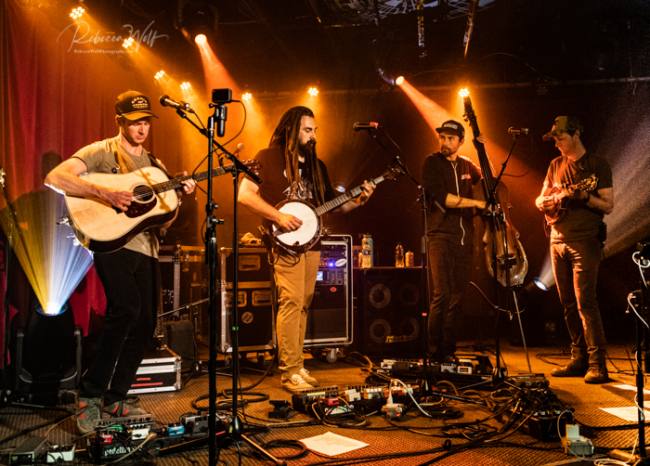 I had the good fortune a few months ago to encounter my first bluegrass band. The genre of the band was more specifically “progressive bluegrass.” Progressive or not, it was a sound I’d never really heard before. Over the years my musical interests have typically remained in the rock, pop, and R&B lanes, with an overwhelming focus on the 70s and 80s. Most new music (new to me) that I’ve incorporated into my life has been music I’ve accidentally come upon and subsequently fallen in love with. If you’d previously mentioned bluegrass to me considered it as “off the beaten path.” I knew it included some string instruments, one of which was a banjo, but I associated the sound with a sort of laid back, down home, country-type feel. Those were my complete thoughts regarding bluegrass music. I had no awareness that the genre had diversified and now included different types of bluegrass, nor did I have any idea the audience would be so large and diverse.

Much to my delight, once I experienced my first progressive bluegrass band I quickly learned that the music’s dynamic sound, high energy and skilled instrumentals was well beyond anything I’d imagined. What I also discovered is that in the Northeast there’s not just an avid following for that particular bluegrass band but for the entire genre of music. During the months since I’ve become increasingly aware of the popularity of this genre I’ve learned about a number of progressive bluegrass bands, including many multi-band string festivals that occur across the country each year.

One of the bands I’m thrilled has come to my attention are Kitchen Dwellers.  Kitchen Dwellers hail from Bozeman, Montana and formed in 2010.  Band members include Torrin Daniels (banjo, vocals), Shawn Swain (mandolin, vocals), Joe Funk (upright bass, vocals) and since 2014, Max Davies (acoustic guitar, vocals.) This line-up released two acclaimed albums, 2017’s Ghost in the Bottle (#17 on Billboard Bluegrass Chart) and 2019’s Muir Maid (#9 on Billboard Bluegrass Chart), a live album in 2021, Live from the Wilma, and their newest release, 2022’s Wise River. The band’s music is an amalgamation of the upbeat airy vibe of bluegrass, the homeyness of folk and the energetic beats of rock.

Wise River was written during the pandemic, while the band was off the road. Band members have noted that being sequestered allowed for increased self-reflection and a greater opportunity to connect to their home state. The result is an album of creative material that builds a bridge between the musicians’ hearts and the heart of Montana, bringing real life to their music. It’s this spirit and energy that Kitchen Dwellers brought to the Wonder Bar on May 12th.

Wonder Bar is an iconic locale at the NJ shore, associated with Bruce Springsteen and Bon Jovi, who both hail from the Jersey shore area, just to name two. It has the vibe of a casual beach bar but equally focuses on providing dynamic, crowd-pleasing, musical performances, with an incredible sound system and ample stage and dance floor spaces. As patrons began to enter the Wonder Bar it became readily apparent that those present were not at the bar just to grab a Thursday night drink. Rather, the eclectic crowd was filled with eager fans of Kitchen Dwellers, ranging in age from their 20s to 60s. With fans of such vast ages it was apparent that the music of Kitchen Dwellers has an incredibly broad appeal. The preponderance of attire similar to that at a Grateful Dead performance, including many Dead t-shirts, seemed to be an alert that although Kitchen Dwellers are a bluegrass band, there would be a particular flow to the music that would relate it to the iconic jam band.

As band members made their entrance onto stage the previously empty dance floor suddenly filled. There were cheers from the crowd with the first notes of Daniels’ banjo, as the band began the set with “Woods Lake” from 2019’s Muir Maid. The crowd was completely engaged within mere moments. Some stood fixated on the musicians, while others enthusiastically began to dance. It was quite easy for one’s attention to become laser focused on these four incredibly skilled string players. The speed at which each moved his fingers along the neck of his instrument, while deftly plucking the strings, was amazing to watch. Even more amazing were the different layers of sound that were beautifully intertwined as the four instruments played in sync.

The sound of the string instruments playing simultaneously was definitely impressive. However, each musician having the opportunity to showcase himself and his instrument was further indication of their individual talents. Over the course of the night the band’s extended instrumental pieces were the perfect avenue through which to display these musicians’ attention-grabbing skills. While Daniels sang lead on many of the numbers, with a rich and textured voice, each band member took his turn on lead vocals and demonstrated that these performers are not solely string players (as if that wasn’t enough) but skilled singers as well.

During the evening’s two sets, songs were performed from Wise River, including the title number, “Stand at Ease,” What it Takes” and “Smokestack,” as well as numbers from Muir Maid, including the album’s title track, “Covered Bridges” and Comet.” Kitchen Dwellers are quite adept at performing covers of a wide range of artists and making those songs their own. Look at any of their set lists from the past year and you’ll notice that almost all the cover songs change with each show. Most often Kitchen Dwellers’ own songs change from one show to the next. During the Wonder Bar performance the band also performed “Old Dangerfield” (Bill Monroe cover), Eli Renfro (Del McCoury cover), Ball & Chain (Kind Country cover) and “Polar Opposites” (Modest Mouse cover.) After an incredible 2 1/2 hour performance the night culminated with Wise River’s “Paradise Valley.”

Long before the end of the performance I understood why Kitchen Dwellers have such a devoted fan following. Their vocals are great and their harmonies are wonderful. There’s no doubt about that. However, their instrumentals, the intertwining of their four instruments, the speed and dexterity with which each musician plays, and their ability to play at this pace for such extended numbers, is just phenomenal. Every band has something that sets them apart from others in their “lane.” To me, Daniels’, Swain’s, Funk’s and Davies’ abilities to meld their talents on the strings into this incredible sound is what makes Kitchen Dwellers so special. A mere few months ago that I had no experience with any form of bluegrass music. How lucky I am that my initial enjoyable experience has now led me to the incredible Kitchen Dwellers. 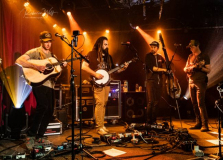 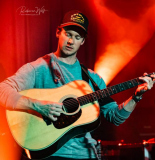 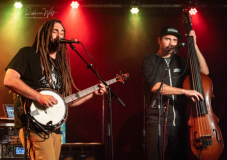 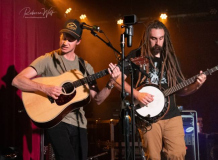 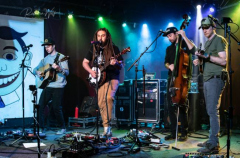