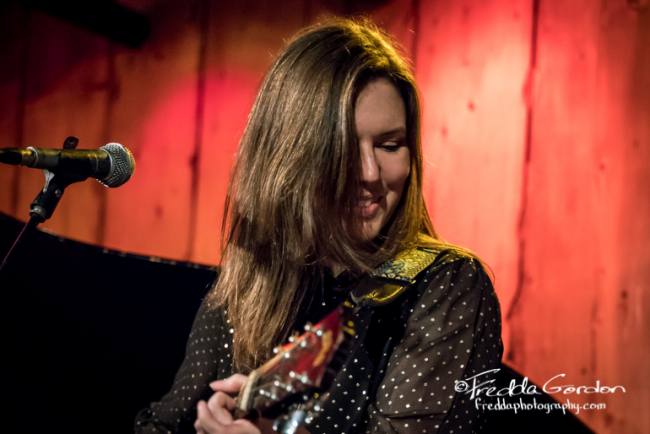 When Jo Kroger’s concert at Rockwood Music Hall (Stage 3) ended I left wanting more. She came onstage quietly and began tuning her guitar. When she was done she jokingly said that if we were hoping for tuning banter we weren’t getting any, setting the wonderfully informal, funny tone for the night. And then she began to sing with her clear and beautiful voice filling the room. She has a great range with wonderful control and just as you’re thinking how sweet her voice is, she fills it out and knocks you down in a very good way.

Although Kroger didn’t start the show with much banter, luckily she did talk throughout the show. I loved hearing the inspiration for many of the new songs she performed which gave them extra depth. She introduced one of them as depicting her struggle to make sense of the dichotomy of life. She used the example of her intense sadness over the migrant children living in camps and her enjoyment as she binge watched a silly t.v. series.

This theme of opposing juxtaposition runs throughout her show. While her songs are generally deep and sad, singing about defense mechanisms, grief, and depression, she counters that with a lightness and humor that is infectious. In one song introduction she says “I don’t want to take it all the way down the way I normally do, but this song is about the mercilessness and unpredictability of grief,” and then joked “ok, so I took it all the way down.” To be able to talk about grief and get laughter is a gift.

Throughout the show she shares a lot about her struggles with a vulnerability that is directly opposite the confident upbeat delivery. She owns them in a way that makes it comfortable for the audience to hear. Behind it all is the strength of her voice and music. For half the songs she was joined by a band. Ian Brodsky (violin), Craig Kierce (guitar) and Chris McWilliams (drums) supported her music and added a nice texture to the performance.

Her goal in her music is to help make people feel less alone. And she does that and more. In line with the other opposites, her sad music can make people happy. The woman sitting at my table said that she has begun going out to listen to music a lot and it has made her much happier.

To the delight of the audience she ended the show with a sing along. But it wasn’t an ordinary sing-a-long, she gave the audience a line to sing and then sang over it. It was a fun experience and I can say that I sang with Jo Kroger! 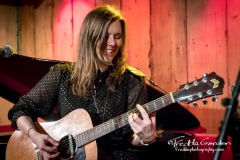 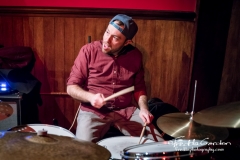 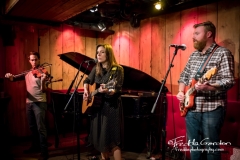 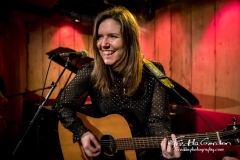 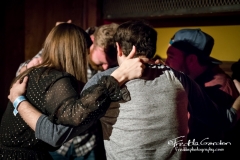 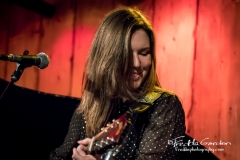 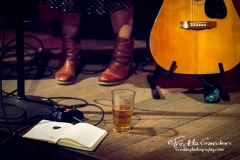 One thought on “Jo Kroger”