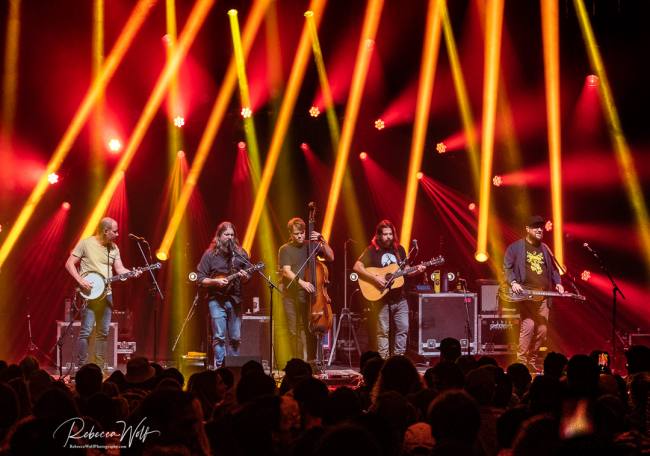 In January 2022 I was scheduled to photograph a band at The Capitol Theatre that I’d not only never photographed before but I’d actually never heard of. To be honest, I had little to no familiarity of the entire genre of music. When I arrived at the venue I was surprised to encounter a packed house, having foolishly thought the band would be as new to others as it was to me. Instead, what I learned that night was there was a world of individuals who were not only familiar with that night’s performers but were avid fans. This band was Greensky Bluegrass, a progressive/alternative bluegrass band who’d been on the music scene for over 20 years and had just released their newest studio album Stress Dreams. That evening I became aware of a musical world I’d known nothing about and realized it was time I expanded my horizons.

What a difference a year makes, as I’ve now become familiar with and photographed a number of string bands. Once you become aware of something you begin to notice it everywhere around you. (Of course that could also be because our phones, tablets and computers track what we view and listen to, and conveniently show us more of those things!) Well, I love the string instruments, particularly the mandolin, and how the distinct sound of each individual instrument weaves in with the others to form a beautifully textured musical mosaic. And, I’m fascinated by the extended, energetic, passionately performed instrumental jams, which in my mind would seemingly have to be improvised at upwards of 10 minutes (how can one possibly remember 10 minutes of frenetic string playing) but obviously are amazingly well-rehearsed.

I’ve learned there are a myriad of beloved string/bluegrass bands, many of whom tour throughout the US and perform at the multitude of bluegrass festivals that take place each year.  Festivals like the Telluride Blue Grass Festival, which will be celebrating its 50th Anniversary in June, draw thousands of fans over the course of 4 days, to share in the energy, spirit, and passion of 20+ bands and artists. Five months in advance of Telluride and tickets are already sold out.

It’s now 2023, and on January 14th I happily found myself back at The Capitol Theatre for a performance of Greensky Bluegrass. This time I was present with the knowledge and excitement about who I was going to be seeing and what I would be hearing. While not every band can fill a theater for a one-night performance, it was no surprise that Greensky Bluegrass needed two nights at The Capitol to fulfill the high fan demand. On this second night, the general admission floor was filled with fans, from those crowded along the stage barricade, to be as close to the musicians and music as possible, to those grouped towards the back, looking for space to enthusiastically sing and dance. The moment the band members emerged onstage, the energy and excitement in the theater exploded, as the stage became awash in the multicolored lights and patterns of the band’s magnificent light show.

The band, opened the evening’s first set with a cover of the traditional bluegrass number “Reuben’s Train,” with each string player, Paul Hoffman (mandolin), Michael Bont (banjo), Dave Bruzza (guitar), Mike Devol (double bass), and Anders Beck (dobro), showcasing their picking and strumming at a mind-blowing pace. Not only did these musicians play with incredible speed and dexterity, but their ability to play in sync, to collaborate, and to intertwine with one another was awe-inspiring. The opening number was followed by “Take Cover” from 2016’s Shouted, Written Down & Quoted and “Burn Them” from 2014’s If Sorrows Swim. Additional songs from If Sorrows Swim included “Demons,” “Forget Everything,” “Leap Year” and “The Four.” During the 2 1/2 hour performance (2 sets and 19 songs) the band performed songs that spanned their catalog, including “The Radio Blues” from 2006’s Tuesday Letter, “Old Barns,” from 2008’s Five Interstates, “Don’t Lie,” from 2011’s Handguns, “What You Need” from 2019’s All for Money, and “Screams” and “Worry for You” from 2022’s Stress Dreams.

While the album versions of these songs have definitive time limits, performing live gives band members the opportunity to play without constraints; it allows instrumentals pieces to expand and flourish and musicians the chance to lose themselves in the ultimate jam sessions. On this evening, audience members at The Capitol Theatre were treated to incredible instrumental jams, some of which doubled or tripled the song’s album length. The energy of these musicians was unbelievably passionate and electrifying . Although Hoffman sang lead on most numbers, each band member had the opportunity to highlight his extraordinary instrumental and/or vocal skills during the performance. There was consistently the feeling that each musician, each instrument, each one’s vocal harmonies, were equally integral to the band’s overall incredible sound.

You don’t need to be an aficionado of all Greensky Bluegrass songs to love their music and thoroughly enjoy their shows. Their incredible musicianship, unbelievable vocals, fantastic songwriting and fabulous jams are enough to draw you in and make you a fan of their spirited, passionate, progressive bluegrass sound. It’s hard for me to believe that just a year ago I’d  never heard of Greensky Bluegrass and didn’t have any connection to this genre of music. Wow….better late to the party than never to arrive! Come join in if you haven’t already! 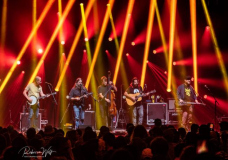 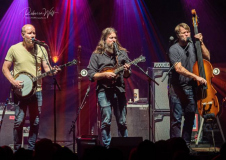 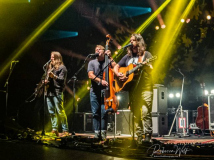 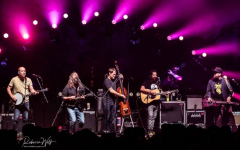 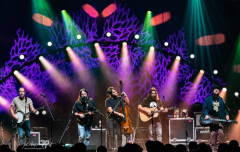