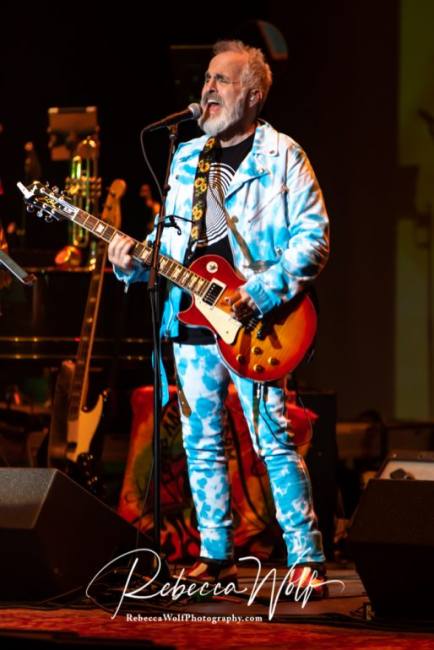 As today’s current generation of music is typically based on what can be created with computers, electronic devices and in the studio, we look back to a simpler time (at least musically), to the first generation of classic rock….the Woodstock era. This summer marks 50 years since the most iconic music festival in the history of rock and roll. Woodstock was originally envisioned by its organizer as a large scale, profit-making festival. However, it unexpectedly became 3 days of incredible free music, exemplifying peace and love for about 400,000 members of the “counterculture generation.” Fans came in droves to Yasgur’s Farm in Bethel, NY,  to revel in the spirit and harmony of some of the best musicians of the time. Jimi Hendrix, Janis Joplin, Joe Cocker, Crosby, Stills, Nash and Young, The Who, and the Grateful Dead were amongst the 19 acts who performed during this musical extravaganza. Half a century later, this event remains as iconic to those who lived during this generation, as it is to younger individuals, whose hearts and souls are rooted in this classic music.

While this summer there will be a Woodstock 50 festival in Upstate NY, there is no way to recreate the original. Many of the artists have passed away, no longer perform, or are not interested in attempting to relive a once-in-a-lifetime event. Although a few of the original artists are slated to take the stage, the majority of the acts are meant for a new generation of music enthusiasts. For those from the “counterculture generation”, who remain passionate about their music, as well as those who just love that era of classic rock, the best way to experience the artistry, spirit and sound of the Woodstock era is to attend Glen Burtnik’s Summer of Love Concert.

The Summer of Love Concert, created by Burtnik and Tony Pallagrosi (co-owners of the show), and musically directed by Vinny Daniele, has been selling out venues and captivating audiences throughout the US. Burtnik, is an alumnus of Styx and the original Beatlemania on Broadway, and is currently the bassist/vocalist with ELO/The Orchestra, as well as member of The Weeklings. The cast of The Summer of Love Concert includes upwards of 20 musicians and singers, who performed at The Count Basie Theater for a 2 1/2 + hour show. And, a “cast” these musicians/singers are. The theatrics of the artists, in their musical icon personas, added an incredible authenticity and vibrance to each individual’s performance. “Janis Joplin”, with her flowing dress, feathered scarves, and commanding stage presence sang, “Piece of My Heart,” with the perfect throaty, angst-ridden Joplin sound. The voice of “Joe Cocker”, from the soft beginnings of “With a Little Help From My Friends”, to the gravely crescendo, was breathtaking. Each time “Cocker” graced the stage his energy and enthusiasm was captivating. The emotion of “Procol Harum’s”, “Whiter Shade of Pale,” gave goose bumps. From “Otis Redding”, to “CSNY”, to “CCR”,“Hendrix”, and the “Mamas and the Papas,” the list of musicians/singers being emulated on stage was remarkable and each performer was equally as remarkable in their performance.

As the guitar players, keyboardists, horns, and percussionists, played throughout the show, the singers effortlessly slipped on and off stage in an expertly coordinated manner. Everything on stage flowed smoothly. Everything was energetic and electric and everyone was obviously having a “groovy” time. It’s amazing that so many talented artists (particularly singers) have been gathered together in one group to perform as specific musical icons. At centerstage, ringleader of the show, the fabulous Glen Burtnik, played guitar, sang, and kept tune with the 60s in his array of colorful attire. The performance’s beautifully vibrant backdrop was Marc Rubinstein’s Pig Light Show, known as one of the most famous psychedelic light shows in rock history.  For those with a passion for Woodstock era music, the Summer of Love Concert is definitely not to be missed! With the psychedelic lights, the tie-dye, the iconic music and the peace and love vibe (on stage and in the crowd), one may have thought they were back at Woodstock…minus of course almost 400,00 people, lots of mayhem, rain, mud, sewage and drugs. Ahhh…..if only….. 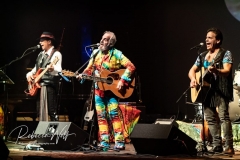 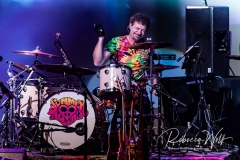 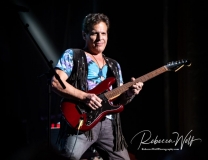 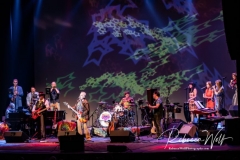 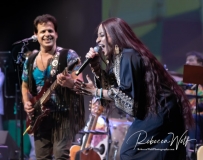 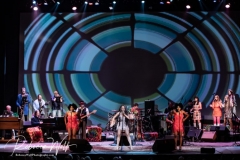 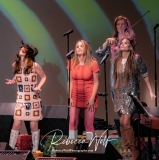 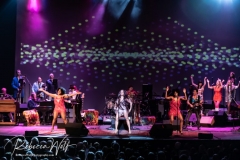 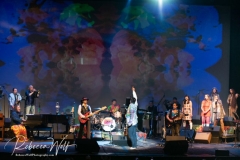 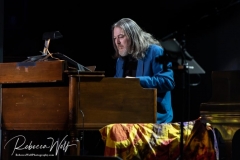