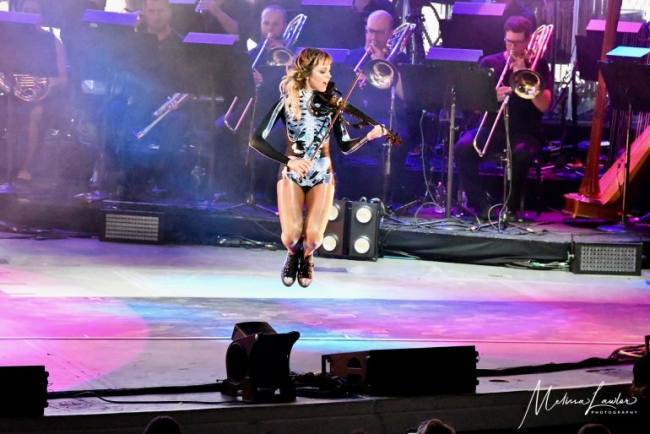 Evanescence and Lindsey Stirling set out this summer on a co-headlined tour backed by full orchestra, and performed at the PNC Bank Arts Center in Holmdel, NJ last night. This huge amphitheater was the perfect setting, as it added to the striking mood of this show.

Evanescence performed first and when Amy Lee walked out and graced the stage, the crowd cheered loudly. She was beautiful, dressed in a gorgeous goth gown with sparkle. She looked like a princess ready to attend a ball. Backed by her band and a full orchestra, Amy sat at the piano and began to play ‘Overture’, which is the first track from Evanescence‘s fourth studio album, Synthesis. It’s hauntingly chilling piano of less than a minute holds you captive, as it prepares you for the bolt of power that is about to erupt from Amy’s vocals. As she begins to sing ‘Never Go Back’, the orchestra fills the air. They also performed Bring Me to Life, a song from their debut album ‘Fallen’, which seemed to be a crowd favorite. Other highlights of the show were a great cover of the Beatles “Across the Universe” and Lindsey Stirling joining them for an electrifying violin solo on the song “Hi-Lo”.

Right before singing ‘My Immortal’, Amy Lee addressed the crowd and said, “Let me just take this moment to say…it’s been a long road, and it’s still going! But I am so grateful to see all of you people in this room tonight, we have history here! We love you, thank you…for all these years. Thank you so much for sticking with us.” The crowd began to hold up their cellphones and it became a sea of lights as they cheered loudly. Amy said, “You’re beautiful! Let me see those lights!” By the end the loud roar, the crowd was standing to cheer Amy on and she blew kisses before singing her last two songs.

The vibe of the venue switched gears when Lindsey Stirling hit the stage. Her fun, dynamic, and intense velocity was a lively and upbeat change to the somber mood that preceded her. She’s a whirlwind dynamo with boundless energy. While intensely playing the violin, she manages to jump and dance effortlessly. At times she’s entirely off the ground, like a little pixie fluttering through the air.

The fourth song in, which was ‘Shatter Me’, Lindsey was joined by Amy Lee. The two women seemed to have magical chemistry together. The scenery and costumes were always changing, which gives the audience the feel of watching a Broadway show. She is in constant motion, but during mid-show, the fans were given a real treat when Lindsey shared a video that she made at 15-years old with her two best friends. It was of them dancing to an Evanescence song, ‘Bring Me to Life’. She then said that this was a very special tour. “I’ve been a casual fan…ok a huge fan. That 15-year old had big dreams and big plans. I wanted to go far! That’s living proof standing on stage with my idol. If you can believe it, then you can accomplish it.”

Review and Photographs by Melissa Lawlor 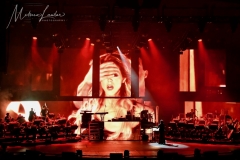 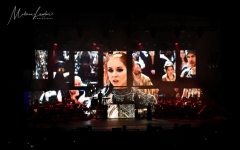 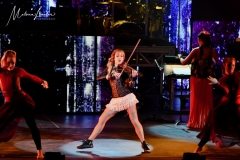 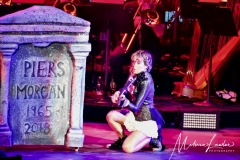 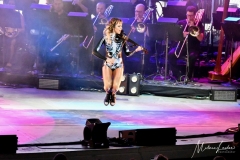 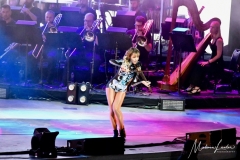 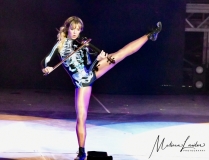 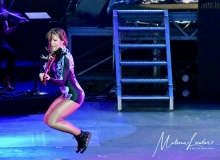 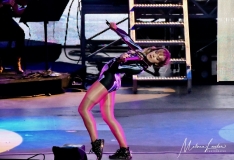 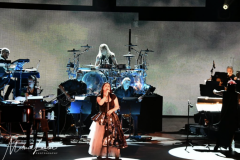