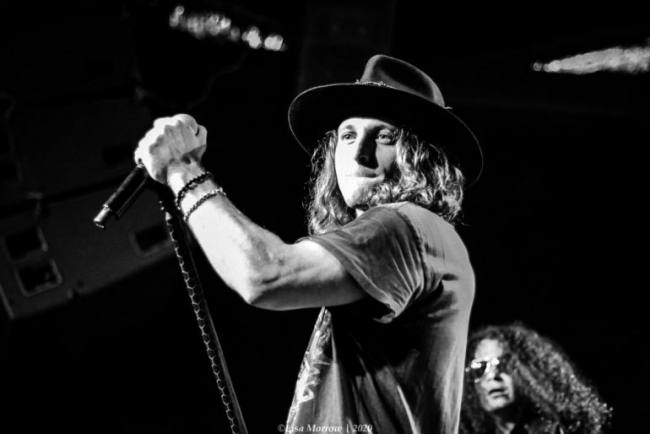 The Rolling 7s tour made its way to Club LA in Destin, Florida. This time, Los Angeles’ Dirty Honey returned as the headliner. It was just a matter of time before these guys would be headlining their own tour. It is no wonder this unsigned band landed Billboard’s #1 rock song. Once you have seen them, you’ll be left wanting more.
They performed all six songs off their self-titled EP, opening with the hype Scars followed by Break You, Fire Away, and a smooth Heartbreaker.  There are a couple of well received new tracks interspersed through the evening giving fans a taste of what’s to come. Midway through their set, drummer Corey Coverstone laid down an intense drum solo as they dove into the ballad, Down The Road. Frontman Marc Labelle’s soulful vocals led into their cover of Aerosmith’s Last Child. Labelle filled the venue, knocking it out of the ballpark.
Guitarist John Notto made his solos look effortless while not missing a note of his gritty riffs, especially during When I’m Gone. Dirty Honey closed out the night with a 10 minute version of Rolling 7s with bassist Justin Smolian showcasing his instrumental strength with a heavy solo. His unbounded energy had him jumping off speakers while whipping his curly mane to and fro.
Their familiar classic rock sound feels like going home again. Dirty Honey has the groove and sound to keep rock rolling on down the road. 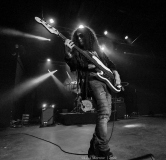 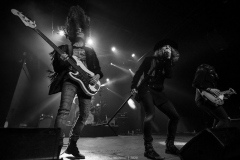 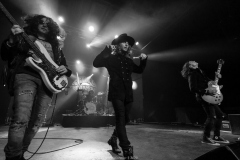 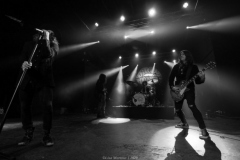 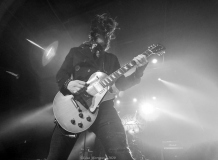 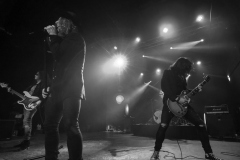 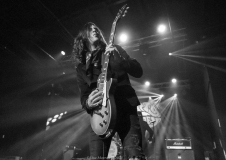 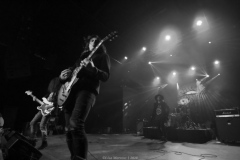 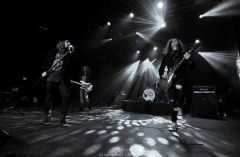 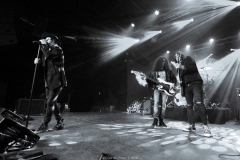 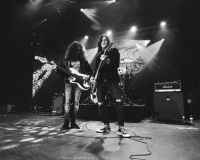 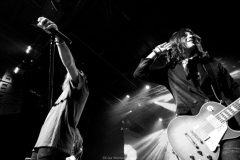 Photos and Review By Lisa Morrow