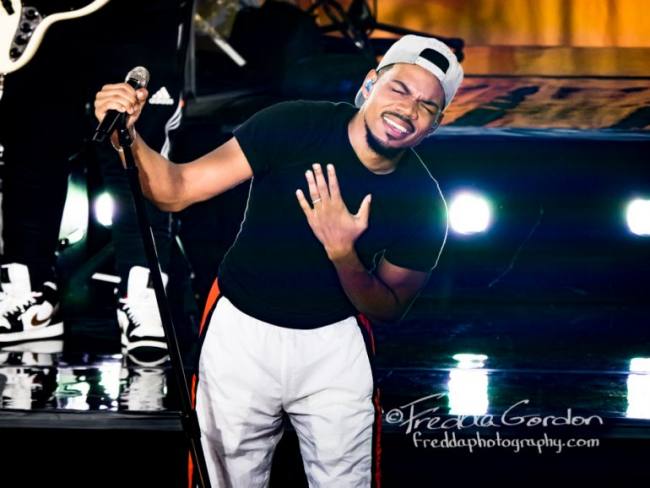 I just saw Chance the Rapper (born Chancelor Jonathan Bennett) perform in NYC at Summerstage in Central Park as part of Good Morning America’s (GMA) Summer Concert Series in Central Park and he did not disappoint! His bright smile lit up Summerstage and his incredible talent was evident as he sang his songs and interacted with his adoring fans.

There was an added bonus of a short interview with GMA’s Amy Roback. Chance shared his excitement about his new album, The Big day, named for his wedding day which he says is “the best day that ever happened to me.” He noticed Roback’s ring and wanted them both to show them off to the crowd. He was genuinely happy with a onsie presented to him for his expected baby. He also shared information on his charity work for mental illness and education. He said “It’s crazy, I came into the rap game hating on school and now, I like, go to schools once a week so it’s a huge change.” He does this because of his belief that education is so important. He was grateful for the cheers he was getting and offered a bit of support for those suffering mental illness telling viewers that if they feel depressed they could “Get up, go out and feel the love.”

His singing was also inspirational. For his upbeat song “Hot Shower,” a large group of people covered the stage, all going crazy dancing. Chance also sang “Do You Remember,” “Let’s Go On the Run,” “Town On the Hill,” and “We Go High.” He showed another side as he sang a song of thanks, wiping what seemed to be tears from his eyes. His love of his fans is evident, especially as he went into the audience to high five the lucky fans in the front rows. Chance’s good nature permeated the show making for a gratifying morning. GMA gave us a great way to start the day. 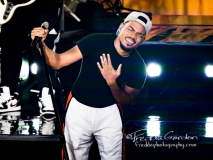 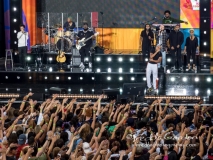 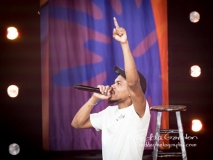 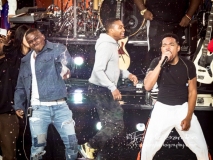 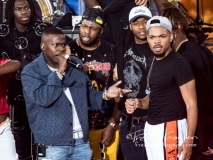 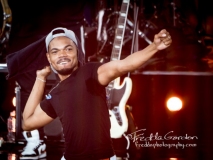 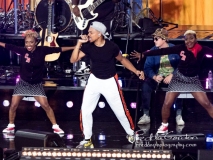 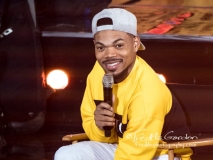 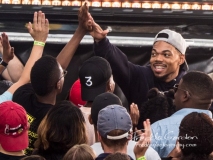