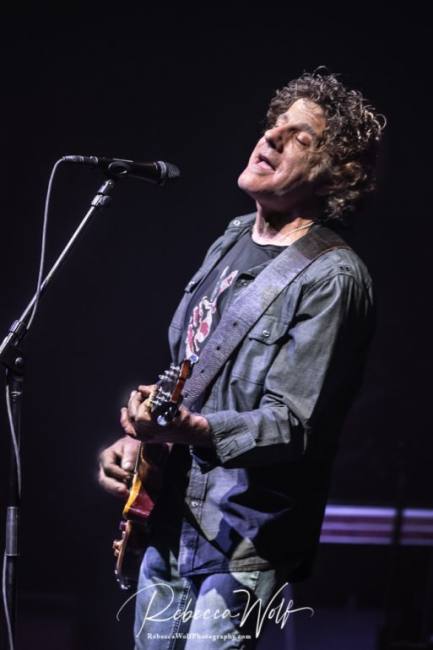 Best of The Eagles

As an avid fan of the Eagles, I was skeptical about seeing an Eagles tribute band, and in the past always resisted doing so. However, when given the opportunity to photograph the band Best of The Eagles, the NJ-based Eagles tribute band, I became intrigued. Playing at the Count Basie theater in Red Bank definitely speaks volumes about a band’s skill level, reputation and ability to draw a crowd. The Count Basie Theater has seen the likes of some very well-known names in the music industry, including Michael McDonald, Jason Mraz, and the Indigo Girls just this past year. So, playing a Saturday night at The Count Basie, no less to a packed house, is quite impressive for a tribute band hoping to live up to the bar set by one of the most well-known and beloved bands of the past 40 years, the Eagles.

Well, Best of The Eagles did the Eagles proud. They were amazing. Drummer and vocalist  Marc Hoffman, singing the Don Henley songs, sounded quite a bit like Henley. What a voice he has! John Bushnell, playing rhythm, lead and slide guitar and doing vocals, was the Joe Walsh counterpart. Standing on Walsh’s “spot” on the stage, with wispy blonde hair similar to Walsh, his incredible guitar solos and energy were akin to that of the iconic Joe Walsh (though no one could ever quite match Walsh’s on-stage uniqueness). Guitarist and vocalist Joe Vadala, founding member and leader of the band, was positioned in the center, in the late Glenn Frey’s post, and had a voice and spirit reminiscent of Frey.  Like the Eagles, who were known for their harmonizing, Best of The Eagles were incredible hamonizers. Their rendition of “Seven Bridges”, a song Vadala said they usually don’t play, was beautiful.

All of the band members, particularly Vadala, were noticeably  enthused to be playing this beloved music and performing for a packed house. However, it was the crowd’s enthusiasm that was a joy to see, as all were singing in their seats or up in the aisles throughout the over 2 hour show.  Best of The Eagles may just have opened my mind, a bit, to the fact that there could be some tribute bands worth checking out. While they might not be the originals, hearing their music (when performed well) can get you singing and dancing along….and I guess that’s what it’s all about. 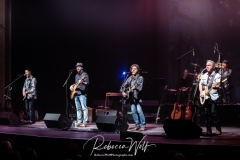 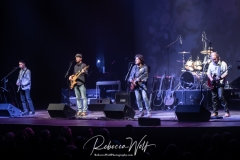 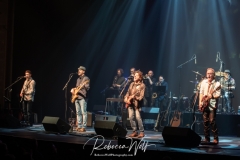 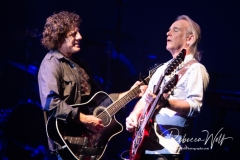 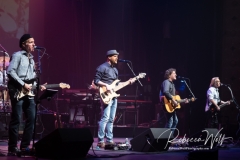 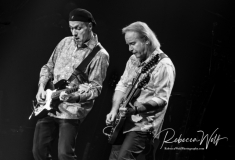 One thought on “Best of the Eagles”