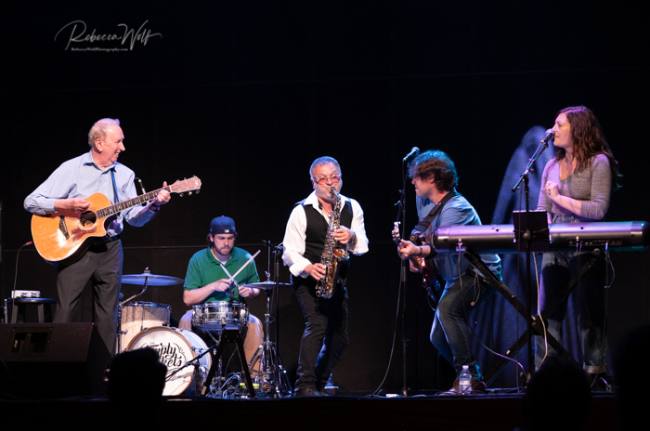 Al Stewart (and The Empty Pockets)

It was only Tuesday and it was already proving to be a long work week. I was tired and though I’d been looking forward to seeing Al Stewart play at The Vogel (at The Count Basie Center for the Arts), I was dragging myself to the venue that evening. However, as a consummate lover of 70s music I had no intention of missing Al Stewart. For those of a certain generation like myself, even if you don’t know the name Al Stewart, it’s practically impossible to not have heard his songs “Year of the Cat” and “Time Passages,” which have remained an integral part of soft rock radio for decades. While these two tracks were Stewart’s only hits, the catalog of music he’s created in his over fifty-five year career is immense, including many gems that are unfortunately less recognized by the masses.

While I’d been to The Count Basie Center for Arts many times, the renovations to the building have included an additional performance center. On this evening The Vogel was set with small tables, providing a more intimate, casual environment well-suited for the soft, folk rock music of Al Stewart. The evening’s opening band, The Empty Pockets, has also been Stewart’s backing band for the past few years. Hailing from Chicago, the band includes Josh Solomon, guitar and lead vocals, Erika Brett, keyboard and lead vocals, Nate Bellon, bass and lead vocals, Adam Balasco, drums.

The music of The Empty Pockets has a singer-songwriter, rootsy, Americana, feel. During the band’s 30-minute set they presented with a positive, upbeat vibe and showcased beautiful harmonies, as they played songs from their albums, Voices and Ten Cent Tour, as well as from their forthcoming release Outside Spectrum. With warmth in her voice, Brett shared with the audience the band’s appreciation for Stewart, and commending him for all they’ve learned about wine and history. “He could be a history professor,” she quipped. The audience would soon discover this statement to be quite accurate! During The Empty Pocket’s final number they were joined by multi-instrumentalist Marc Macisso, and his expert harmonic skills. Macisso later returned to the stage on multiple occasions throughout Stewart’s performance to demonstrate his beautiful flute and unbelievable saxophone abilities.

Stewart entered the stage with a broad smile, a twinkle in his eye and looking like a proper, clean-cut English gentleman….or quite possibly a history professor. From the moment he greeted the crowd everything about Stewart was “delightful.” Beyond being a 76-year-old folk rock singer, with energy and vocals that belied his age, Stewart was intelligent, engaging, and humorous. Stewart opened the set with “Sirens of Titan” off his 1975 album Modern Times. At the end of the song, with a sly look on his face, Stewart joked that he likes to begin with a song most are likely unfamiliar with, since many are not yet attending. Once he gets that over with then he can really start the show.

The history buff that he his, Stewart’s catalog is filled with songs with historical themes. During the performance he loved to share the historical information connected to the creation of each song. As Stewart shared his knowledge there was excitement in his voice. If I had a history teacher like Stewart, maybe I would’ve listened more attentively! Explaining the origin of his song “Antarctica,” Stewart spoke about Robert Scott and Ernest Shackleton’s doomed expeditions to the frozen continent, as the crowd listened attentively. “You know, ask any songwriter,” said Stewart. “A song is never really about what it seems to be about. Like this song, it’s really about a cold woman who wouldn’t sleep with me,” he sheepishly grinned, as the crowd burst into laugher and Stewart began to sing.

Additional songs in the set included “The Palace of Versailles,” about the French Revolution and “Joe the Georgian,” about Bolsheviks waiting in hell for Joseph Stalin. “Did you know there have only been three songs ever written about Stalin? And, I’ve written all three!” he proclaimed with a chuckle. “You know, most songs are written using the same words, like baby and love. I like to envision all the words in the dictionary in front of me, like a sea of words. In the front are the words people use all the time. I look at the back and pick the words that never get used,” Stewart said with a laugh, as the audience joined in his amusement. Although Stewart has likely shared these stories with audiences at each of his performances, he appeared just as thrilled to be relaying them to a new crowd, and the fans couldn’t have been more delighted. “Am I telling  too many stories?” Stewart queried. The resounding response from the audience was a clear indication that the story-telling was more than welcome.

The setlist contained many numbers from Stewart’s 1976 hit album, Year of the Cat (#5 on the Billboard 200 chart), including “Flying Sorcery,” “Broadway Hotel,” “On the Border,” “One Stage Before” and “Midas Shadow.” Fan favorite “Time Passages,” the title track from the 1978 album (#10 on the Billboard 200) and the album’s more obscure “Almost Lucy,” were also included.  As the show was nearing the end fans eagerly awaited Stewart’s most beloved song, “Year of the Cat.” What a treat it was to hear the song played by Al Stewart himself, along with Macisso’s incredible sax solo, that brought cheers and hoots from the crowd. Returning for an encore of Bob Dylan’s “Love Minus Zero/No Limit,” this evening of fabulous music thus came to an end. I entered the theater that evening tired and weighed down. However, with each song and each laugh, this humorous, engaging, talented singer-songwriter, brought levity and joy not only to me, but I trust to everyone else in the room. Al Stewart….what a delight! 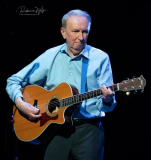 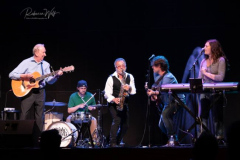 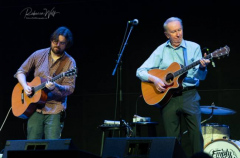 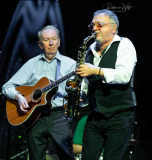 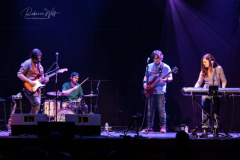 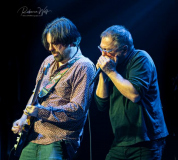 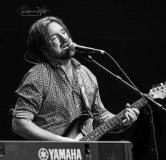