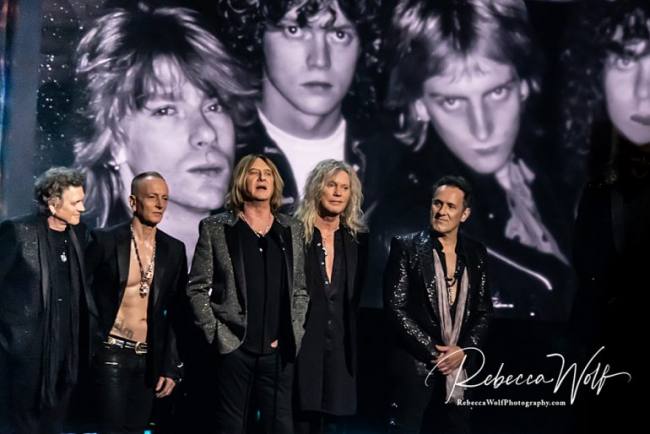 The 2019 Rock and Roll Hall of Fame Induction Class was an eclectic mix of artistic talent. Of the seven inductees into the Rock Hall on March 29, 2019, at the Barclay Center, in Brooklyn, NY, the five musical groups hailed from Britain, while the two single artists were American women.

Stevie Nicks, the opening act of the induction ceremony, was inducted by former One Direction member, Harry Styles. As Nicks glided onto the stage in her bold, confident style, with her signature black-lace cape and gloves, her energy, voice and spirit denied her almost five decades in the music industry. As the first female artist to be inducted into the Rock Hall for a second time, Nicks expressed pride at this honor and spoke of her early years with Buckingham and Fleetwood Mac, and her solo career. “I have a surprise for you tonight!” Nicks announced during her speech. Her surprise …joining Nicks on stage to perform “Leather and Lace,” was her original duet partner, Don Henley. Still sounding beautiful together, Nicks and Henley’s ongoing connection was obvious. Styles, singing the late-great Tom Petty’s half of the duet “Stop Dragging My Heart Around”, rose to the occasion, though no one will ever fill Petty’s shoes

During the 60s and early 70s there was a flourish of rock bands emerging from Britain. While everyone can easily name the most well-known, including The Beatles, the Rolling Stones and Led Zeppelin, there were many popular artists with sounds and styles that influenced musicians following in their footsteps. Two of these groups were The Zombies and Roxy Music.  The Zombies, known in the US for their hit songs, “Time of the Season” and “She’s Not There,” were inducted by Susanna Hoffs of The Bangles. Expressing a deep affection for the band since childhood, Hoffs appeared ecstatic to have the privilege of doing this honor. Just as thrilled were principal band members, Rod Argent and Colin Blunstone, who commented that being inducted was “dreamlike”.  Roxy Music known as a “art rock, glam rock, progressive rock” band, was inducted by Duran Duran members, Simon Le Bon and John Taylor, who spoke about Roxy’s influence over their own band, as well as countless others. Speaking for the band onstage, Brian Ferry thanked the group’s many members over the years, the team behind the scenes, the fans, and “everybody for this unexpected honor.”

Inducting the Cure to the Rock Hall was Trent Reznor of Nine Inch Nails. Emerging in the late 1970s, the Cure has been known as a “post-punk, gothic rock, alternative rock” band, with vocalist, guitarist, principal songwriter Robert Smith as the only consistent member. To say Reznor feels strongly about the Cure is an understatement. Beginning his speech, Reznor passionately stated, “Tonight we are here to give praise and respect to one of the most instantaneously recognizable and sonically unique rock bands of the 20th century.” Robert Smith, as uniquely himself as he’s always been, called the induction a “surprise” in his speech and thanked everyone who’d been a part of the band since their first album 40 years ago.

While there were seven inductees to the Rock Hall, two artists chose not to perform after accepting their induction, Radiohead, inducted by David Byrne and Janet Jackson, inducted by Janelle Monae. Only two of the five members of Radiohead were in attendance to accept the award, Phil Selway and Ed O’Brien. Selway, noting that being part of Radiohead “can be awkward and challenging sometimes,” expressed that it was a real honor to be inducted, especially by David Byrne. O’Brien expressed that “this is such a beautiful and surreal evening for us…it’s a big f-ing big deal. I wish the others could be here because they would be feeling it.” The Radiohead fans in attendance would surely have loved that as well!

Janelle Monae, in a passionate speech, spoke about Jackson’s epic career over the past four decades, as a singer, songwriter, producer, dancer and actress…an icon. Calling Janet a “visionary, rule-breaker and risk-taker,” Monae culminated with “there’s only one Janet.” The erupting cheers in the crowd signaled agreement with this sentiment. In accepting her award, Jackson spoke of growing up and wanting to make it on her own. Staring out into the audience, and beaming with pride she stated, “Tonight, your baby sister has made it in.”

The final act to be inducted on this long evening of rock and roll was Def Leppard, inducted by Queen’s Brian May. May’s speech was emotional, personal and endearing. His connection to the band and feelings for the members was clearly evident. “I wouldn’t have anybody else do this,” May stated. Joe Elliott, speaking for the entire band, spoke of the hardships they endured over the years, including alcoholism, car crashes, cancer, and the ’90s…none of which killed them. Turning his attention to drummer Rick Allen, who continued to drum in the band after losing his left arm in a car accident, Elliott stated, “He survived and came out the other side stronger,” bringing the crowd to their feet and tears to Allen’s eyes.  Def Leppard thrilled the audience with their hit songs, “Photograph,” “Pour Some Sugar On Me,” “Rock of Ages,” and “Hysteria.”

With the crowd still going crazy Brian May, Colin Blunstone, Susanna Hoffs, Rod Argent, Stevie Van Zandt (a presenter during the show), and Ian Hunter (out of nowhere) all joined Def Leppard on stage for an incredible finale of Mott the Hoople’s “All the Young Dudes.”  These “dudes” on stage, singing in unison, lit up the stage with their joy and passion. And, isn’t that what music is all about ….passion? Sometimes it’s more upbeat (like Janet Jackson), sometimes is can be heavier (like the Cure), but in the end music connects you to your feelings. What an amazing night of great music and great feelings! 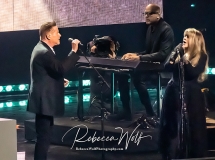 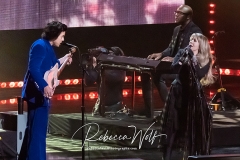 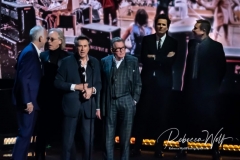 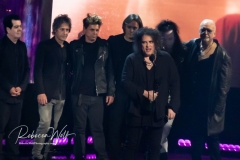 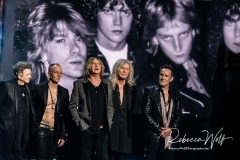 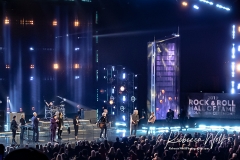 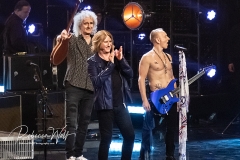 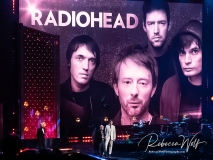 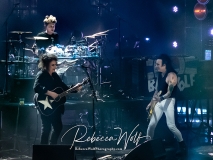 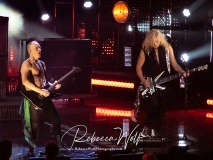 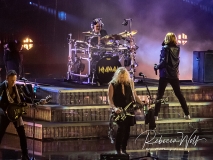