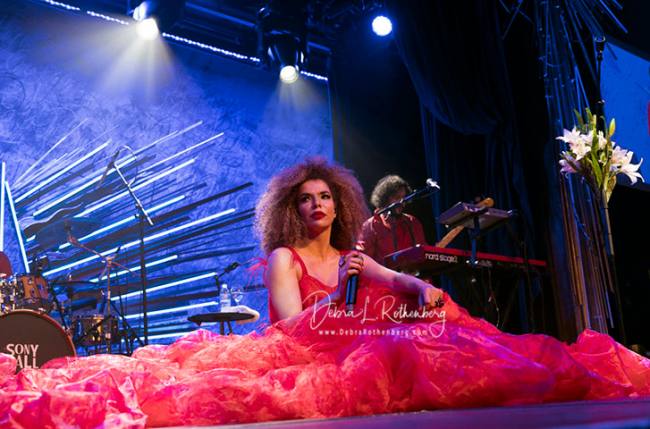 Brazilian singer Vanessa Da Mata delighted the standing room only crowd at Sony Hall tonight.  Fans were dancing in the aisles, in the hallway, and even en route to the bathroom. Smiles were seen on everyones face.

Taking the stage under a huge bright red dress, her band members appeared from underneath and then Ms. Da Mata popped out, bringing loud roars from the crowd. Her long curly hair flowing with her gorgeous red dress and wonderful vocals, it was easy to see why the crowd loves her.

I wish I spoke and understood Spanish to hear her lyrics too, but it would not have changed how I felt-that this woman knows how to entertain. It’s no wonder she won a Latin Grammy Award. 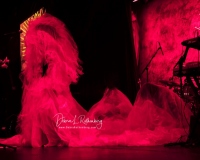 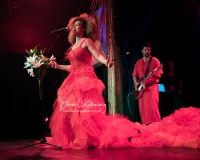 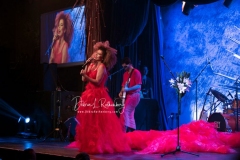 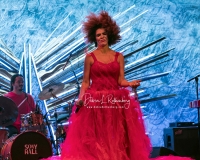 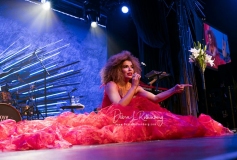 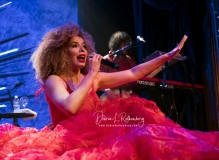 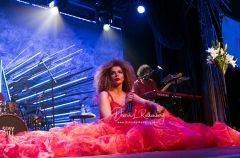 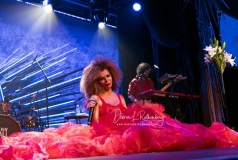 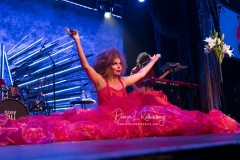 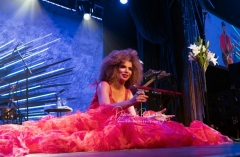