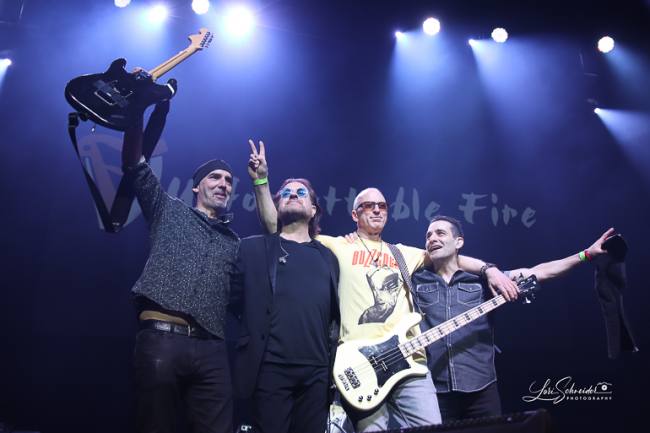 Unforgettable Fire U2 Tribute at The Wellmont Theater, Montclair, NJ 2/26/2022

Unforgettable Fire, aka “UF”, is the most authentic U2 experience both musically and visually one can have with performances in venues up and down the East Coast and beyond. After twenty-five years of performing, Anthony Russo (Bono), Mick Normoyle (Edge), George Levesanos (Larry Mullen Jr.) and Craig Kiell (Adam Clayton) are dedicated fans of U2 themselves and provide an experience not to be missed.

Lucky for Montclair, Unforgettable Fire made a stop at the Wellmont in February performing an impressive set of U2 material for the audience. The atmosphere was unrivaled creating true authenticity as if at an actual U2 show. Anthony looks so much like Bono that you must do a double-take!

Some fun facts. In 2021, UF was mentioned in a question on an episode of JEOPARDY! in a category entitled ‘Tribute Bands’. In October 2021, UF were featured and appeared on the series premiere of “Clash of the Cover Bands” produced by Jimmy Fallon on ‘E!’ Network (and they won their episode).

Opening for Unforgettable Fire was Fix You, a Coldplay Tribute band, comprised of five members (Patrick on vocals/guitar, Daniel on bass, Will on lead guitar, Jefferson on drums and Dobie on piano) who also competed on that first episode of “Clash of the Cover Bands” going up against UF. For the Wellmont performance, Fix You executed the ultimate tribute to Coldplay to fans that were singing and dancing to the sights and sounds of a spirited performance. During their set they even had a special collaboration with Anthony from Unforgettable Fire joining them on stage to sing Bittersweet Symphony. Patrick then reciprocated for UFs set and joined Anthony to sing With or Without You. 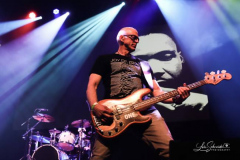 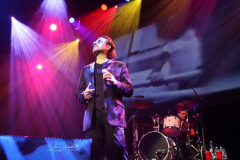 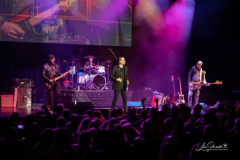 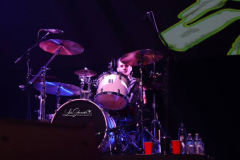 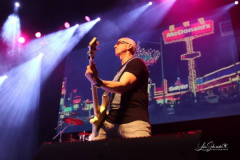 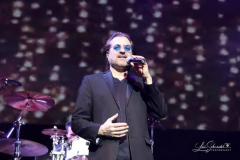 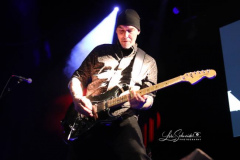 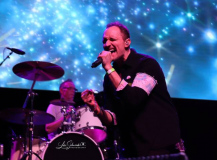 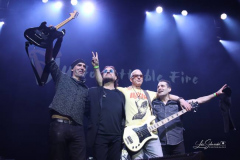 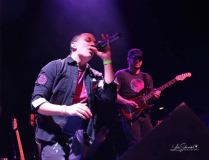 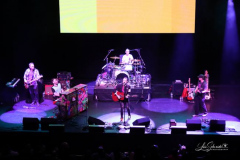