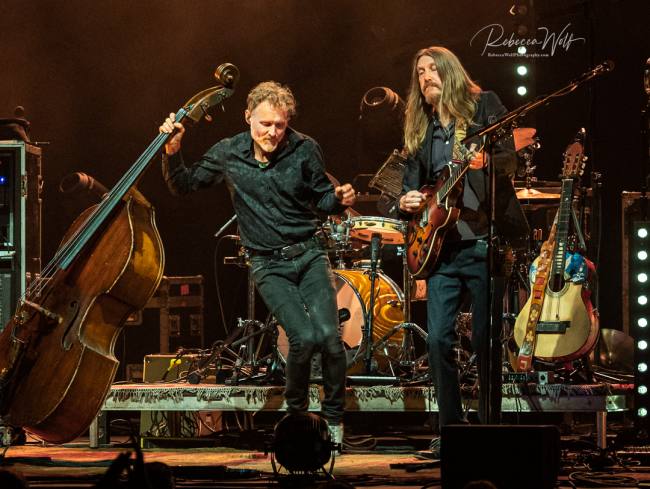 After five straight days of rain, a little drizzle was not going to stop devoted fans of The Wood Brothers from venturing out to Mayo Performing Arts Center on October 4th to hear the beloved musical trio. The music of The Wood Brothers defies the boundaries of any one musical genre. Their music does not fit neatly into any particular box. Instead, The Wood Brothers’ music is its own amalgamation of roots music, combining folk, blues, gospel and jazz. It has it own thoroughly engaging sound and jamming vibe that elicits tremendous passion and joyous spirit in every adoring crowd. Attending a concert of The Wood Brothers is an opportunity to not only hear and feel the spirit of the music but to share in the energy and unspoken connection with likeminded audience members.

Attending an outdoor performance of The Wood Brothers this summer, I observed the crowd of fans standing in front of the stage and euphorically dancing throughout the show. My sister, whose first time it was hearing The Wood Brothers, was in her glory. “I love this! These are my people!” she excitedly stated as she danced along with the crowd. I experienced the same reaction at Mayo Performing Art Center at my friend’s first encounter with The Wood Brothers. “They are great and I love this crowd!” she exclaimed as audience members sang along, danced at their seats in the aisles.

The audience members were not the only ones dancing during the show. It was impossible not to be captivated by Chris Wood, who took turns at enthusiastically and elegantly swinging and swaying with his beautiful upright bass dance partner. In addition to instrument dancing, Wood’s incredible skills included melodically playing harmonica, while deftly plucking the stings of his bass, as well as accompanying brother Oliver’s beautiful vocals with the eloquent sounds of a bow gliding across the bass strings.

Oliver Wood sang lead throughout the majority of the set with the perfect vocal quality and tone for delivering the band’s unique rootsy sound. There was aching and depth in Oliver’s voice in “Postcards from Hell” and “Loaded” from 2008’s Loaded, as well as in “ Luckiest Man” from 2006’s Ways Not to Lose. As he played his guitar, Wood appeared lost in musical storytelling,whether the song had an upbeat feel, as in “Happiness Jones” or a more bluesy sound, like “Can’t Look Away,” both from 2015’s One Drop of Truth. With each song, the honestly and realness in Wood’s voice kept audience members connected and drawn to his musical tales. However, it’s not solely Oliver Wood who carried the weight of the band’s vocals. The Wood Brothers’ music would not be the same without Harmonies were showcased throughout the performance, including during the evening’s opening number, “Never and Always,” from the album Paradise, as well as during “River Takes the Town,” from One Drop of Truth and in “Little Bit Sweet” from 2020’s Kingdom in My Mind. This seventh studio album for contains songs with a range of emotions from the sweet, good natured feel of “Little Bit Sweet,” to the bluesy, rhythmic “Little Bit Broken” to the jazzy tones of “Little Blue.”

The Wood Brothers wouldn’t be complete without the band’s third member, the incredibly talented, multi instrumentalist, Jano Rix. Not only did Rix demonstrate energy and passion on the drum kit, but on several occasions he joined the Woods center stage, skillfully played the melodica, and drummed on an acoustic guitar. Each of these sounds weaved their way through the music, adding intricate layers of richness and texture. Over the course of the almost two hour set, additional songs included “Wastin’ My Mind,” I Got Loaded,” and “The Muse” from 2013’s The Muse, as well as “Atlas” and “One More Day,” from Ways Not to Lose.

Prior to the arrival of The Wood Brothers, the Kat Wright Trio, hailing from Burlington, Vermont started the evening with an incredible set of Americana/folk music. As a singer-songwriter, Wright has performed as a solo artist, as part of a band, and currently a trio with Bob Wagner on guitar and Josh Weinstein on upright bass. Wright entered the stage displaying an allure of sweet, lightheartedness. However, the moment she began to sing, her soulful, sultry voice showcased beautiful depth and dynamic range and relayed emotions perfectly matched to the heartfelt lyrics and origins of her songs (which she shared with the crowd.) The emotive nature of Wright’s songwriting and vocals made the Kat Wright Trio the perfect musical pairing with The Wood Brothers.

Towards the end of The Wood Brothers’ set, the Kat Wright Trio returned, increasing the beautiful, melancholic vibe on stage twofold, as now six musicians joined forces for “Sing About It,” from The Muse. The song speaks of worries, troubles, getting lost and getting broken. Lest someone think this is a song about hardship and sadness, it’s a song that offers hope. The answer being to sing about it. “What you ought to do is sing. Sing about your trouble and it just might pass.” While many of The Wood Brothers songs touch on life lessons, I’d venture to say that the adoring fans at a The Wood Brothers show would agree…music is food for the soul. So, in good times and in bad remember, “what you ought to do is sing.” 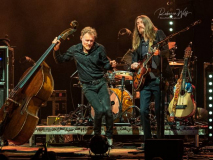 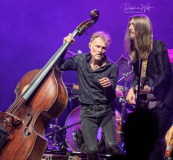 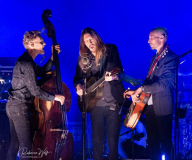 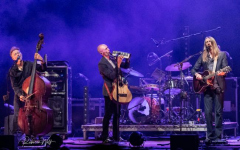 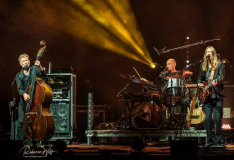 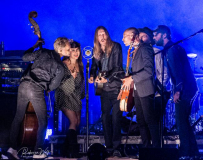 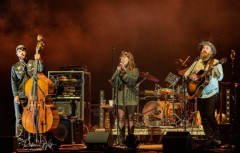