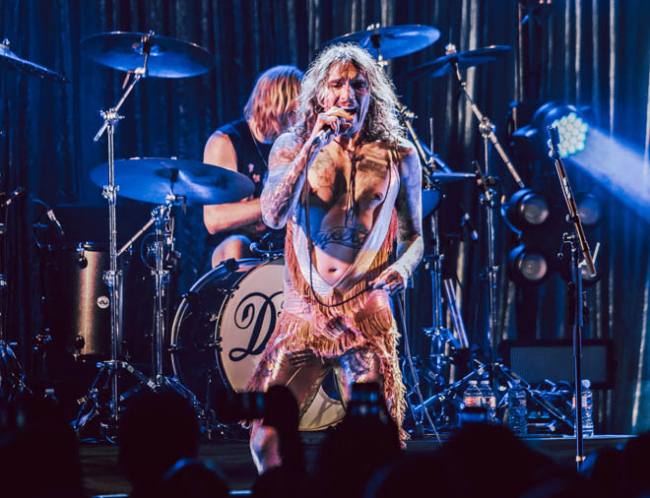 On April 6, 2022, Warehouse Live in Houston, Texas was the place to be. Doors opened at 7 PM, and the show started at 8 PM sharp with The Dead Deads, as the opening act. The band consists of, Meta, singer and guitarist, Daisy, bassist, and McQueen, drummer, a Nashville-based trio of women, who showed us what a hard and punk rock band looked like. Their sound can be best described as modern rock while sticking to their grunge essence. Their diverse influences include Led Zeppelin, Pink Floyd, Queen, Weezer, and many more. They have also toured with rock-and-roll legends like Seether, Skid Row, and most notably KISS, where they soon met The Darkness. Although there weren’t as many Dead Corps (the band’s name for their fans), in the crowd, a lot of them showed interest and were in awe by their powerful stage presence. There’s no doubt that the girls gained a new crowd of fans after their performance. It was truly remarkable how hard and gritty they were; they had the crowd hyped for what was next to come. The Darkness.

The Darkness first introduced us to hard rock and glam metal back in 2000 in Lowestoft, England. The band was formed by brothers Justin Hawkins, lead vocalist and lead guitarist, Dan Hawkins, rhythm guitar, Frankie Poullian, bass guitar, and Rufus Tiger Taylor, drums. They quickly gained popularity after releasing their debut album, Permission to Land, in 2003. The album became certified quadruple platinum in the UK, with over 1.3 million sales. Over the years, the band continued to receive attention from all over the world for their high-spirited performances and after their Houston show, they never lost that spark. One by one, four silhouettes walked gracefully onto the stage, as the sound of the crowd grew louder and louder. It was incredible to see the crowd’s reaction because it wasn’t your typical crowd of teens and young adults. To my surprise, the crowd’s ages ranged from early 30s to mid 50’s, with only a handful of kids, the youngest being just eleven years old who knew everything about the band, even Justin was in total shock to see such a young fan, but it was a reminder to everyone that music is universal and has no age limit.

The band opened with the very first title track, Welcome Tae Glasgae, from their newest album, Motorheart. Right off the bat, Justin put me in the mind of Queen’s, front-man Freddie Mercury. His on-stage persona was powerful, wild, flamboyant, and most of all energetic. As the band played throughout the night, you could feel the members’ aura, even when they weren’t

The Darkness Returns to Houston as Part of Their Motorheart World Tour: REVIEW

performing and just talking to the fans. The atmosphere in the venue was like none other and it felt like I went back in time. As a kid, I grew up watching rock bands on TV like, Rolling Stones, Queen, Def Leppard, and many more. I had always wanted to know what it would be like to attend a show like that. After seeing The Darkness, I was just so amazed. Mind you, this is a band that has been heavily influenced by ‘70s and ‘80s hard rock, metal, and glam rock, which is timeless, so the fact that they had some of those similar mannerisms, like the bands they were inspired by, was truly incredible. They were devoted to giving their fans one hell of a show, and they did just that. I became a fan that night. The guys are halfway through their tour, so they are truly worth checking out if they’re coming to your city!

Encore: I Believe in a Thing Called Love (Permission to Land – 2003) 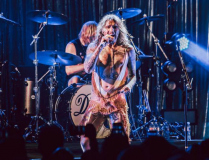 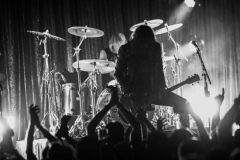 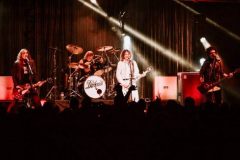 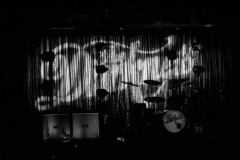 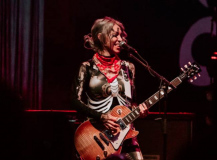 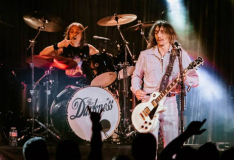 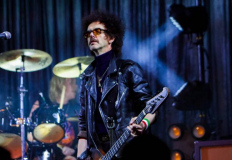 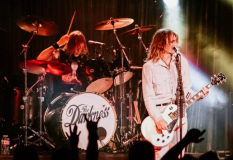 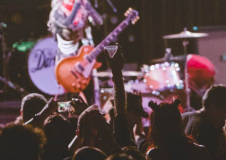 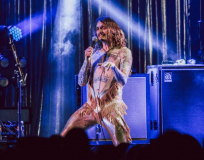 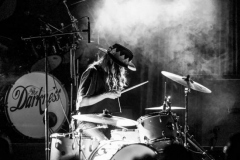 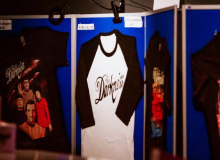 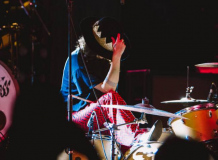 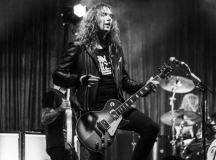 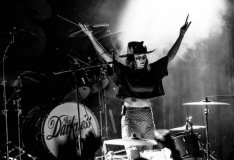 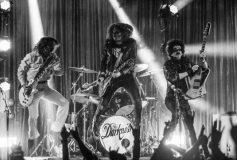 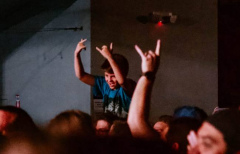 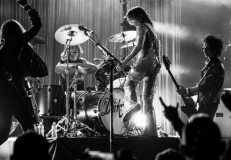 Photos and Review By Kristen Powell