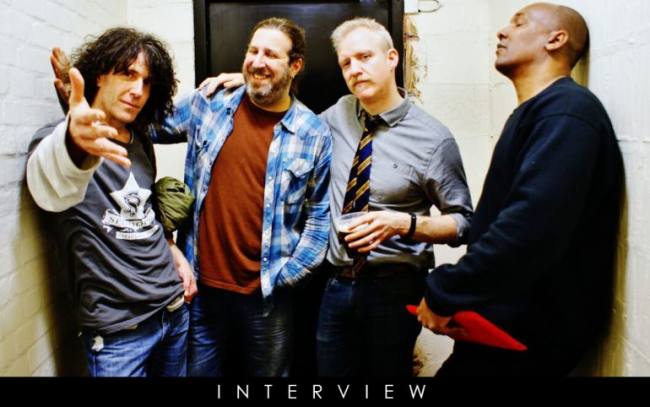 I recently had the privilege of speaking with Chris Barron, lead singer of the world-famous rock group Spin Doctors. Chris has a great sense of humor and I was able to get some insight on the band’s history and what inspires him as a musician. The group will be taking on northern New Jersey’s premier live entertainment venue, the Wellmont Theater in Montclair, on Friday, Jan. 24.

Noah Hernandez:​ Who originally came up with the band name?

Chris Barron:​ Our guitar player was in a poetry class in which the teacher was talking about the political phenomenon that is a spin doctor, which is a person that meets the press after a politician f**ks up a speech. For example, “What the candidate meant to say was that spilling millions of gallons of oil into the Alaskan gulf is actually good for the environment,” or whatever. Eric [Schenkman] and I had just started working together and we had been fishing around for a name for the band. We were walking along 14th Street in New York City, and Eric said, “Hey, I have a name for the band.” I asked, “What is it?” He said, “Spin Doctors!” But I was like, “No, I don’t like it.” After he explained what a spin doctor is, I still didn’t like it because I thought it sounded like a DJ. He said if I could come up with a better name than that, we’d use it. I was never going to be able to come up with a better name. And now I love it! It’s obviously a fantastic name for the band.

NH:​ Are there any artists you look up to that you feel shaped the musician you are today?

CB:​ Oh yeah. The first thing that comes to mind is that we opened up for the Rolling Stones. They’re absolutely one of my favorite, favorite bands. The album “Exile on Main Street” was a really big influence. I was in a band with this guy, Mark Okerman, called Dead Alcoholics with Boners. I was 18 or 19 years old and Mark played me “Sweet Virginia,” their cover of “Stop Breaking Down” and a couple other tunes off that album. I had never heard anything so funky, nasty and loose before. He told me a little bit about how they had been in tax exile from England because they owed all this money in taxes. They went to the south of France and set up a mobile recording unit in a house, not really knowing at that point how records were made. That was a narrative that I had heard a couple times. Led Zeppelin had done that in Wales, brought in a mobile recording unit, lived in a house and made a record. The Stones had done that and made more than an album. It was a piece of music and also a way of working. I thought that would be the coolest, to live somewhere and make a record! It sounded like heaven to me.

NH:​ That’s awesome! I’m sure that the experience kind of ingrains itself into the record, so that every time you hear that you remember exactly where you were and how you felt when making that album.

CB: ​Oh yeah. Because I always say, music is a sculpture, where the medium – rather than being marble or wood or something else – is  time. So, music itself is sort of made out of time. I think for that reason it can bring you back to a place in time, the same way a smell can. I remember going to my grandparents’ house after my grandfather died. Going through his closet he had this big overcoat that I would press my face against, and just inhale. And it smelled like him; it was like being with him again. Music has a similar property. It is made of time and it somehow transports you through time, to many memories as you travel along the path that you share with the song.

NH:​ In your opinion, what has been the most memorable performance for the Spin Doctors?

CB:​ The first thing that popped into my head was Glastonbury, in England. It’s this gigantic festival, we played in front of hundreds of thousands of people. Like imagine you’re standing on the beach and you’re looking out at the ocean. And instead of it being the ocean, it’s people. Just endless people, as far as you can see. That blew my mind! It’s funny because really big shows and really small performances are the ones that get me. When you’re just playing for a couple people. I remember before I was in the Spin Doctors, I was opening up for this band Blues Traveler who I went to high school with. They were friends of mine since childhood and I was tagging along with them. We went to upstate New York to do a gig in this great big hippie house. I was just sitting around the campfire, playing the tunes I had been writing. And people were like “Wow! Play another one!” It was an eye-opening moment for me, because not only did I like this stuff, but other people liked it to.

NH:​ So I understand that you guys as a band broke up for about seven years. Would you say there was a noticeable difference in the style of music from before you split to after you reunited?

CB:​ No, what I noticed more was a constant evolution in the way we play together, throughout the history of the band. And what comes to mind when you asked that question is actually how similar the first time playing together felt, after seven years. It was crazy! The band has an aggression in our playing. We’re all aggressive players and we are all sort of emotionally troubled people. So, we take out a lot of our emotions in the music. We play and communicate really well with one another. We’ve all played with other great musicians but there’s some unique bond, a chemistry between us that’s inexplicable. As time has gone on our ability to communicate has gotten stronger. It felt more like an immediate continuation rather than picking up where we left off.

NH:​ Which record or project did you and the gang have the most fun with, either in the writing or recording process?

CB:​ Recording wise for me, “Pocket Full of Kryptonite” was a dream. It was our first major label, a magical moment to be in RPM studios in New York. The last band that had been there was the Rolling Stones.

NH: ​Do you and the other members have any specific pre-show rituals that you do before heading on stage?

CB: ​Fifteen minutes before we go on, Aaron and I always pour ourselves a scotch and clink glasses. Then we walk onstage with drinks as the intro is ending. The band usually walks out, then I appear shortly after. Usually I’ll walk over to Eric and compliment his outfit, then over towards Mark and pretend to be startled! Then Aaron and I clink glasses once more and the gig begins.

NH:​ Could you briefly describe your creative process?

CB:​ I do a lot of free writing, either timed or a certain amount of pages. The object is to keep the pen moving. If I have to sit there and be like, “I’m an a**hole, I’m an idiot, what am I doing, this is the worst band in the world, what the f**k, my cat is walking across a book and my coffee is getting cold…” you know. I give myself permission to write the worst s**t that anyone has ever written. Throughout my career, I’ve filled four to five shelves with notebooks and if you were to randomly open one, you’d probably read something that’s just absolute s**t. But that’s my process, and a practice. I practice writing the way people practice running, or guitar. Sometimes I’ll write a lyric or a piece of music, or both at the same time. It’s a lot of collecting scraps of writing and riffs and ‘Frankenstein-ing’ them together.

About the Spin Doctors

Known for their unique, blues-influenced sound, the Grammy-nominated group’s catalog is a staple of the early-90’s music scene. Long known for hits like ​”Two Princes,”​ and “Little Miss Can’t Be Wrong”​, the band has released six studio albums. Each, critics have noted, channel a special, vibrant sound and chemistry. The group reached new heights with 1991’s smash-hit, 5x Platinum album, “Pocket Full of Kryptonite,” which sold 10 million copies and reached No. 3 on the Billboard 200 albums chart. Having made music for major record labels, recorded at the notorious Sound City studio and celebrated critical success on their most recent album, the band continues to help carry rock’s proverbial torch. The Spin Doctors will play Montclair’s Wellmont Theater later this month (Jan. 24).

About the Wellmont Theater