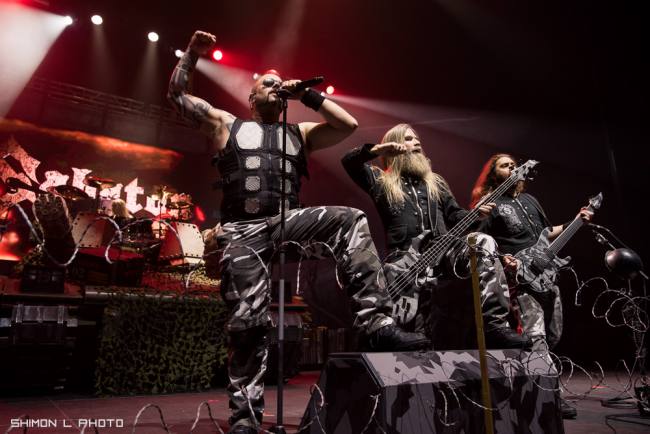 Approximately two thousand fans filled the Hammerstein Ballroom in New York City on Sunday October 23rd for the final night of Sabton’s North American “Tour to End All Tours.” The night opened with an incredible  performance by Symphonic Metal band Epica.
The Netherlands based Symphonic Metal band Epica kicked off the night with a rocking 9 song set. The performance began with “Abyss of Time – Countdown to Singularity” and featured songs off 6 of the band’s albums. The energy and passion of the entire band was infectious and a perfect start to an unforgettable night. They closed their set with performances of “Beyond the Matrix” and “Consign to Oblivion.”
The chants for Sabaton began 15 minutes before the band took the stage and the Swedish Power Metal band did not disappoint. The stage design definitely set the mood, the front of the stage was lined with barbed wire and the drum riser was on a tank. The performance began with a video remembering the “doughboys” American soldiers lost in World War I. The band took the stage to chants of “USA, USA, USA” and began their 18 song set with their song “Ghost Division.” The performance included songs off 8 of the band’s albums; featuring tracks like: Stormtroopers,” “Bismarck,” “Carolus Rex,” “Night Witches,” and “Christmas Truce.” Sabaton closed out their set with a performance of “To Hell and Back.” Joakim Brodén (lead singer) and the entire band left everything on the stage in a fantastic performance. 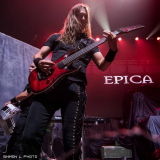 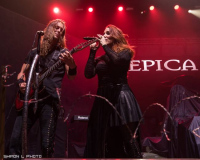 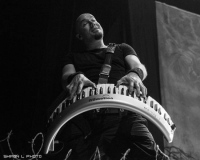 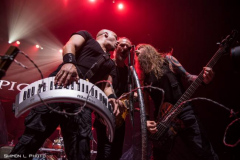 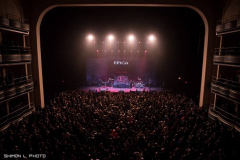 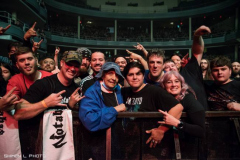 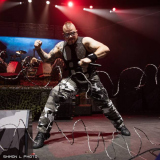 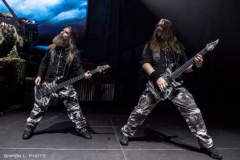 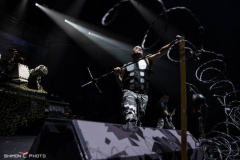 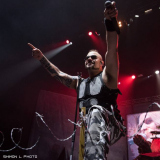 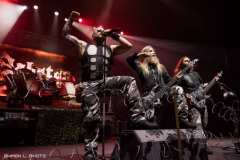 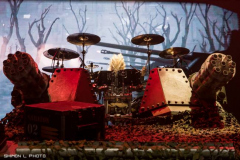 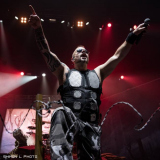