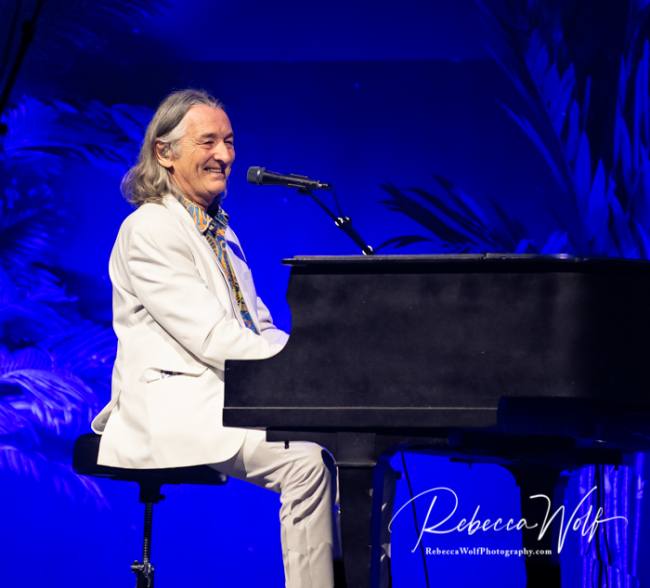 Hodgson began his now 50 year career in the music industry in 1969 in England, as a co-founder of the band Supertramp.The band began building a loyal fan base with their first hit record in 1974, Crime of the Century, followed by Crisis? What Crisis?, and Even in the Quietest Moments, in 1977, producing the hit single “Give A Little Bit”. It was Supertramp’s 1979 release of Breakfast in America though, their most popular album, that launched them into stardom. With fours successful singles, the album reached number 1 in the US and Canada and number 3 in the UK. The band followed up in 1980 with the live LP Paris, which broke the top ten in both the US and the UK.

However, in 1883 Hodgson left Supertramp to focus on his family, and create his solo music. His 1984 solo album, In the Eye of the Storm, was an international hit, and Hodgson’s biggest success without the group. His fourth and most recent release, Open the Door, in 2000, has been described as sounding the closest to the sound of Supertramp.

Throughout the years, Hodgson has continued to be a fixture in the music industry, performing at international festivals, receiving international honors for his songs, filming concert DVDs and touring worldwide with his band. In 2018,  Hodgson kicked off a worldwide tour to mark the 40th anniversary of Breakfast in America, immediately followed by his current worldwide tour, the Back to Vinyl World Tour.  Only someone who has an obvious passion for his music and for his fans could travel across the world, from New Zealand to Australia, throughout Europe, Canada, and across the US, and do it again the following year. But of course, it’s the love and adoration of Roger’s fans, returning year after year to his shows, that makes these worldwide tours possible.

While I’ve expressed my observations about Roger in a past review, there’s no way to not mention and emphasize again, the kindness and warmth Roger exudes on stage. He appears to possess a relaxed, inner peace, which he naturally transmits to the audience. While Roger is an international star, he never comes across that way and you can tell he doesn’t feel that about himself…there are no airs about him. How heartwarming it is to be in the presence of a musician of Roger’s caliber who’s so authentic and real.

February 13th at the Xcite Center was the opening night of the American leg of Roger’s tour and he appeared genuinely happy to be back in the country he’s called home for over 40 years. “It’s great to be starting my American tour here. There’s something special about the Philadelphia area. People here tell it like it is,” Roger exclaimed, to the cheers of the crowd.  “It’s a nice feeling to be speaking English to my audience and to know they understand me,” Roger enthusiastically stated, to further cheers of adoration.

Beginning with the opening number, hit song, “Take the Long Way Home,” the set included beloved Supertramp hits from Breakfast in America, including “Logical Song” and “Breakfast in America”, fan favorites, “Dreamer” and “Give a Little Bit”, and  songs from Roger’s solo albums, including the hauntingly beautiful, “Death and a Zoo. Throughout the performance Roger engaged his audience with a smile on his face, constant eye contact and ongoing communication. When Roger expressed that his songs are personal to him, that they are a part of him, and some even saved him, you believe him, because Roger exudes authenticity. Strolling on the stage and chatting with the crowd, Roger sipped from a coffee mug as if he was entertaining a small group (maybe even a group of friends) in an intimate setting. That’s the  warm, personal feeling created by Roger, who additionally personalized the show, by dedicating various songs to individuals who’d sent in requests, even calling out their names and visually searching for them in the crowd.

It’s apparent the warmth Roger emits to his audience is abundantly felt towards his bandmates, as pride spread across his face while introducing each band member.  As Roger watched band members perform solos during various numbers it was apparent he was as much in awe of their talents as was the audience. To describe saxophonist, keyboardist and backing vocalist, Michael Ghegan as talented would be an understatement. Michael’s skills are extraordinarily impressive. Throughout the evening Michael played multiple saxophones, whistles and horns, seamlessly switching back and forth between them. He additionally played keyboard parts and sang backing vocals. Michael had several solos during the evening, and all attention in the room was immediately locked into the wondrously melodic sounds of his saxophone, and the presence Michael commanded on stage. Keyboardist Ray Coburn’s  speed, power and intensity on the keyboards during his extended solo in “Child of Vision” was incredibly breathtaking and showcased his immense talent and skill.

Bryan Head (dubbed by Roger, “the best drummer I’ve ever worked with”), expertly created a transformative ambience during “Death and a Zoo”, with the powerfully haunting drums, infused with a mix of chimes and maracas. David J. Carpenter (“not my son,” joked Roger, as a reference to Carpenter’s appearance as a younger version of Hodgson), provided a consistently strong rhythmic bass throughout the night and demonstrated his beautiful singing abilities while harmonizing with Roger.

I’m convinced that every audience member leaving the Xcite Center on February 13th had the same amazing experience I did and would echo my sentiments about Mr. Roger Hodgson. Whenever I tell someone they need to see a Roger Hodgson show it’s as much about the the music as it is about Roger, and the kindness and warmth he exudes. It’s one thing to be an amazing musician, who creates beautiful music….that’s talent. It’s on another plane to be an individual who combines that talent with a kindness, warmth and authenticity that leaves people (even for that moment) feeling their own inner warmth and peace. That’s something something you don’t get too often….something I will surely be returning for the next time Roger Hodgson is in town. 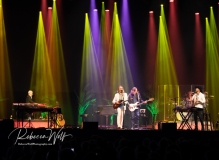 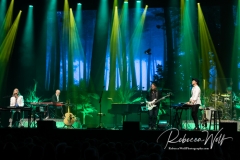 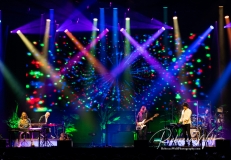 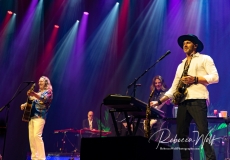 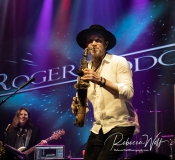 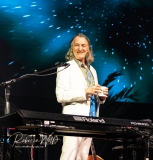 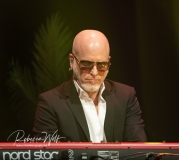 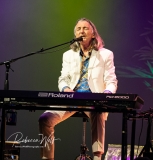 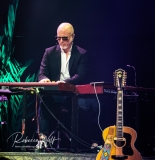 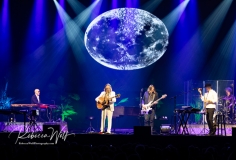 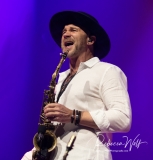 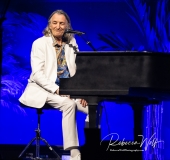 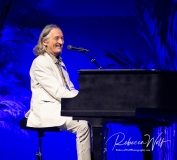