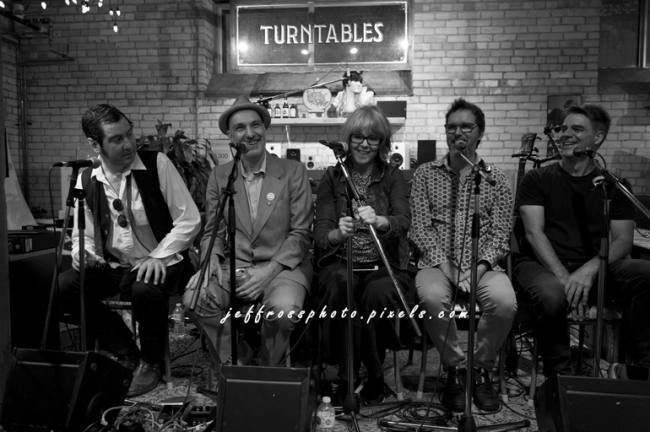 Rheostatics (Dave Bidini, Dave Clark, Martin Tielli, and Tim Vesely) made a special appearance at Sonic Boom Records in advance of their new album, Here Come The Wolves. When you live about a three-wood from no fewer than four live music venues, it’s easy to take it for granted. If I lived farther away, I might have found some rationalization to justify staying home and watching US Open tennis.

Instead, I was treated to a great interview by Canadian journalist Laurie Brown that preceded a short performance by the band.

A limited concert schedule in support of the album is set for the Ontario area in November and December.

Rheostatics are woven into the fabric of Canadian Indie Rock; playing with other greats and nurturing up-and-comers.

Their music is wonderfully inventive but hard to define, drawing elements from anywhere you could imagine and making it work.

They take turns on lead and backing vocals, are versatile enough to switch instruments as needed, and leave you wondering if it’s time to pogo or close your eyes and simply listen to the notes.