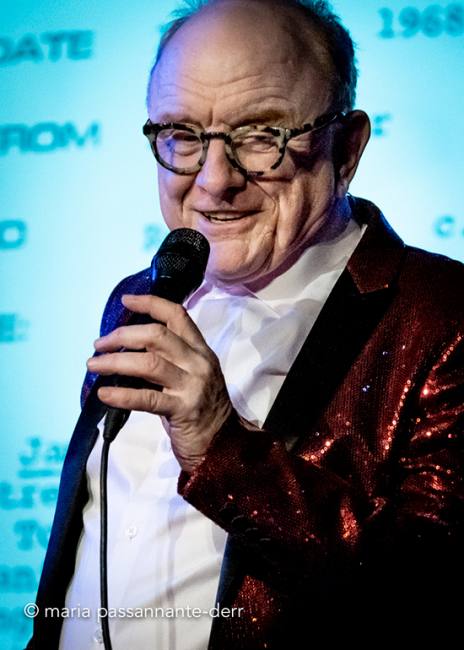 Peter Asher, A Musicial Memoir of the 60’s and Beyond”
Peter Asher, a guitarist and singer, came to prominence, in the 1960’s as a member of  Peter & Gordan, the British pop music vocal duo, with their 1964  worldwide hit, “World Without Love”; an unrecorded song penned by Paul MCartney who lived for several years in Peter family’s home while he (McCartney) was dating Peter’s sister, Jane, the famous model and actress. On December 11th, at The Cutting Room in NYC, Peter presented a narrative multi media, memoir of his life, through music, extensive archival photos and delightful storytelling of his family (his father was a doctor and his mother was a classic oboe professsor; he and Jane were child actors) and his experiences in the forefront of the 1960’s British Invasion culture that included, John Lennon, Paul McCartnery, The Rolling Stones, Marianne Faithful as well as Yoko Ono, Carole King, James Taylor and Linda Rondstadt, the latter two whose careers he managed (for which he was honored with two separate Time Magazine covers).  Other than a brief reunion with Gordom Waller in the late seventies, most notably for the annual New York “Beatlefest”, Peter went on to become a music producer, leading the A & R Department at Apple Records where he signed the unknown James Taylor. He left Apple to manage Taylor’s career, producing the multi platium, Sweet Baby James, JT and Flag and then produced for Linda Ronstadt, Heart Like a Wheel, Simple Dreams, Living in the USA, What’s New,  Canciones, and Cry Like a Rainstorm. As a sought after music producer in the 70’s and 80’s, he created the sound for Ronstadt, J.D. Souther, Andrew Gold, Bonnie Raitt, Cher and 100 Maniacs; and, in the 90’s for Neil Diamond, Olivia Newton-John, Ringo Starr, Randy Newman, Sarah Brightman and Kenny Loggins. In 1995, he was named Senior Vice-President of Sony Music Entertainment but left in 2002 to return to the full time management of artist’s careers, as co-President of Sancturary Artist Management and eventually went on to Strategic Artist Management.  He has received three Grammy Awards along the way in 1977,1989 and 2002 as well as additional Grammy nominations. In 2011, Peter was executive producer of the Buddy Holly Compilation album and producer of the Buddy Holly PBS pledge special. Since 2017, he has: produced and narrated the SiriusXM radio show, on the Beatles channel, “From Me to You”; published a book based upon the show, “The Beatles A to Zed”; and, continues to perform as a duo with Jeremy Clyde (Chad & Jeremy). 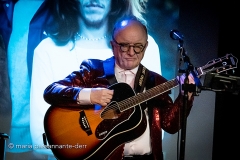 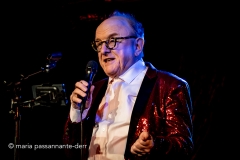 Photographs and reviews by Maria Passannante-Derr