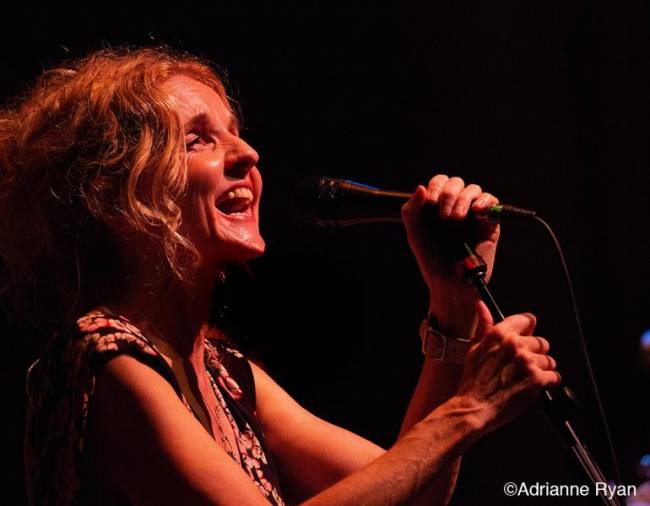 For over 20 years Patty Griffin has steadily been cementing her place in folk and Americana royalty through the power of her compelling lyrics and transcendent vocal performances. On Thursday, August 2, the Grammy award winning artist took the stage at the Old Whaling Church in Edgartown alongside longtime collaborator and guitar player David Pulkingham. Patty treated the crowd to an eclectic musical blend of her well-known material as well as brand-new, unreleased songs from her upcoming record.

In spite of having lived in Boston for 10 years, Griffin said that she’s never spent much time on the Cape or Islands, but was excited to come to the Vineyard.  After her tour of the Northeast this summer she heads west for performances in Texas and at Denver’s iconic Red Rocks Amphitheatre.

Griffin’s eagerly awaited 10th studio album has been written, and she is currently in the midst of the recording process.

Photo and Review by Adrianne Ryan