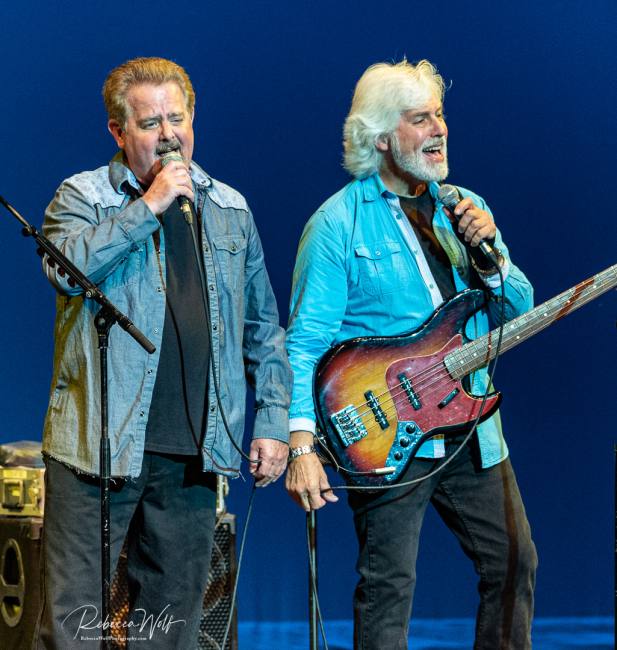 On October 7th the 1970s American pop rock band Orleans brought their signature feel-good sound and beautiful harmonies to RVCCArts in Branchburg, NJ. Orleans is best known for their hits”Dance with Me” (No. 6 in 1975); “Still the One” (No. 5 in 1976), and “Love Takes Time” (No. 11 in 1979). However, beyond these numbers, the band has a catalog of 14 studio albums that span from 1973 – 2021. Fifty years after the creation of Orleans, Lance Hoppen is the last original member and he continues to champion the legacy the band. For decades, Hoppen and younger brother Lane, along with a mix of talented musicians, have toured as both a solo act, as well as part of a number of multi-artist tours. In doing so, the music of Orleans has been kept alive, and Lance and Lane have been able to honor the memory of their brother Larry, the band’s co-founder, who passed away in 2012 after 40 years as the voice of Orleans.

As Lance shared at RVCCArts, after Larry’s passing, it seemed likely that Orleans would come to an end. However, sometimes life has a way of providing just the right thing when you need it the most. For Orleans, the right tour presented itself not long after Larry’s passing. One year led to two, and now ten years later and Orleans has yet to stop performing. While there’ve been changes in band members along the way, what’s not changed is the band’s upbeat, breezy vibe, velvety vocals, and beautiful harmonies, a testament to the group’s incredible musical artist and the foundation of amazing songwriting.

In addition to Lance on bass/lead vocals, and Lane on keyboards/trumpet/backing vocals, the band presently includes Dennis “Fly” Amero on guitar/lead vocals, Brady Spencer on drums/backing vocals and newest member Tom Lane on guitar/lead vocals. The evening’s 90-minute set at RVCCArts began with the upbeat “Let There Be Music,” the title song from the band’s 1975 album, followed by “Crazy,” an energetic rock number from founding memberJohn Hall’s solo band. Audience members were immediately engaged by the spirited start to the evening. The set continued with “Time Passes On” and “Dance with Me,” also from Let There Be Music, which brought a melodic, soulful energy to the theater.

There are those songs that are immediately recognizable by their distinctive opening notes; “Dance With Me” is one of them. The moment you hear the first guitar strums the song lyrics begin to play in your mind, as you await the start of the gorgeous vocal harmonies. Hearing this incredible song performed live at RVCCArts was a thrill, and a transport back in time, showcasing the beautiful, rich harmonies of Lance, “Fly” and Tom, as well as highlighting Lane’s melodica skills. Throughout the set each vocalist had the opportunity to sing lead and showcase his stellar vocal abilities, including the band’s newcomer, Tom Lane. Introducing the band, Larry Hoppen spoke about having found Lane and professed, “He has a better voice than me!”Upon, hearing the warm, powerful melodic sound of Lane’s voice during the band’s hit “Still the One,” there was no question why Hoppen selected Tom Lane as the perfect fit to help carry on the legacy of Orleans.

Of course no Orleans performance would be complete without the band’s last radio hit,1979’s “Love Takes Time.” This spirited number, which had audience members singing along to the refrain, was co-written and sung by Larry Hoppen.  It was fitting that the keyboard intro was performed by brother Lane, with brother Lance singing lead vocals, carrying on the Hoppen /Orleans legacy. While “Love Takes Time” was the band’s last radio hit, “No More Than You Can Handle,” was Larry and Lance Hoppen’s final song collaboration, released in 2013 after Larry’s passing. A song with words of support and encouragement, Lance’s voice was filled was hope and strength, back by beautiful, classic Orleans harmonies. Additional songs in the set included, “Reach” and “Spring Fever” from the band’s 1976 album Waking and Dreaming, “Reach,” “Juliet, “Mission of Mercy,” and “Dancing in the Moonlight,” the latter written by Sherman Kelly, the brother of Wells Kelly, a founding member of Orleans.

The evening ended with “Turn Out the Light,” from the band’s 1973 self-titled debut album. “Now the time has come again when all your work is done and you need to rest awhile although it seems you’ve just begun.” While it doesn’t seem that Orleans is done or quite yet ready to rest, it’s very fitting after half a century to come full circle, to return to where you began. Although Lance Hoppen may be the “last man standing”, Orleans not only continues to sound wonderful but they sound like themselves; their musical legacy will carry on. 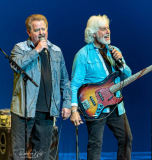 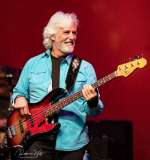 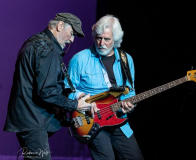 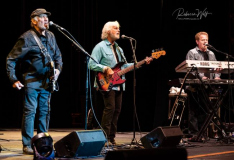 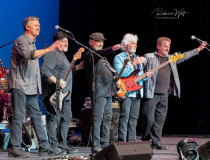