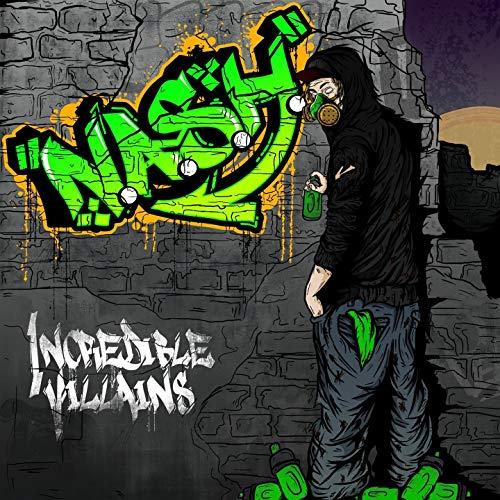 The trio of Nash brothers, Bryan (Lead Vocals, Rhythm Guitar), Joe (Bass), Jim Bobbi (Drums) and Dylan Johnson (Lead Guitar) took the stage at The Stanhope House, the iconic New Jersey music venue and proceed to completely blitz the late-night beer and whiskey-sipping crowd with a wall of sound. The New York-based quartet has the uncanny ability to connect with fans, affectionately known as “Villains” although the band notes ​“they are the anything but….they are unique and have no problem SCREAMING it out.”

N.A.S.H’s sophomore album, ​Incredible Villains​ is about speaking outside of the assumed boundaries we encounter across all parts of our lives. The band notes that the theme of the CD was intentional. Most of the songs on the album stem from actual experience, but there are a few that are completely fictional. “We tackle relationships, being alone, being lost, losing love, and all of that but we take those themes that may be considered typical and put a different spin on them. We try to look at everything from altered perceptions. But again, our goal is to be able to reach our audience on a deeper level, and to get them to connect with these songs in their own way. If there is someone struggling out there with identity, this will help them. They can be a villain. To N.A.S.H., there’s nothing wrong with that.”

“The 4th Wall”​ – the harp-like, angelic plucking coupled with Pink Floyd-like murmuring in the beginning of the song quickly gives way to soaring guitar and in your face lyrics reminiscent of 1980s-era heavy metal. Brilliantly, the band brings the listener back down with a classical music vibe as the song concludes.

“The Editor”​ – within the opening power chords, this single has all the makings of a rock anthem. It is a song that is best played loud and often, preferably with the car windows down. As the song winds down, the listener is treated to a half-bridge led by a blistering guitar solo courtesy of ​Dylan Johnson who unleashes on his Gibson Les Paul. The rest of the band follows suit and takes the listener on a wild ride. ​(“The Editor” music video link-

“D.I.T.C.H.”​ – Bryan Nash shows off his vocal range with this song as it begins in a bluesy, Western style but evolves into the band’s signature sound – driving guitars coupled with powerful bass and tight drumming.

“Adjust” ​- The lyrics are on this track particularly meaningful and potent, of love lost and renewed. Certainly a theme that many can relate to, both young and old. The backing music, while mellower than other tracks still keeps the listener interested and locked in.

“Fair Verona”​ – the band gives the listener a slight break from the more energetic songs but the chorus rises higher and higher as Johnson rips into another solo mid-track as the band’s lyrics seem to parallel a modern-day rendition of “Hamlet” and a nod to Shakespeare.

“Cellar Door” ​- this song echoes Metallica’s influence on the band with tight musicianship, aggressive lyrics and a heavier sound than the rest of the tracks on “Incredible Villains”. Drummer Jim Bobbi and brother Joe on bass lay down a serious groove on this track that perfectly balances the guitars.

“Give And Take”​ – a more mellow track that opens up mid-way through as Bryan Nash pours his heart out in the lyrics that are pained and emotional.

“The Escape”​ – quite possibly the most emotionally-charged track on the CD, the band delves into the very real and crippling effects of depression by delivering honest lyrics and relaying these difficult themes to the listener. 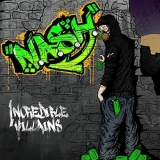