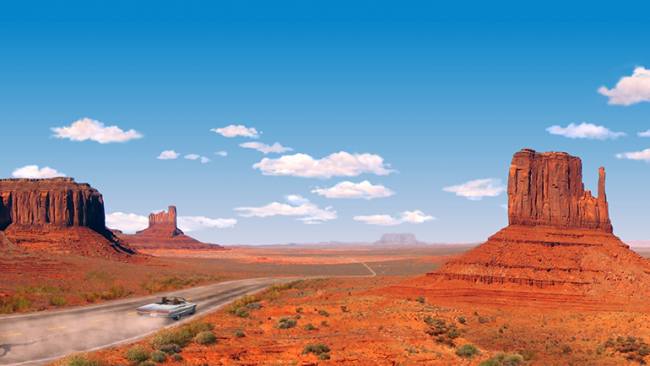 Although this website is generally dedicated to music, we are taking this slight detour to review a film. CATCHING SIGHT OF THELMA AND LOUISE is a recently released documentary, currently playing in NYC at Cinema Village from April 5 – 11, and other places around the country (Click here for more info.)

The producer and director, Jennifer Townsend, was struck by the movie Thelma and Louise when it came out, during the summer of 1991, and wanted to know if others were as moved. This was before social media provided easy answers to those kind of questions, so she created a survey, sent out press releases to newspapers asking for interested people to call, and waited for responses. She received many via snail mail and telephone messages and the research began. She sent questionnaires to those who responded and collected the answers for months. At the time she felt the country was saturated with opinions of the movie so she put the project aside.

Years later Townsend was driven to pick it up again and started to contact those who responded to see if they still felt the same way about the movie. In doing so she revisited issues that the movie raised, as well as some of its details and aesthetics.

In 2016, for the 25th anniversary of the movie, Entertainment Weekly interviewed Susan Sarandon and Geena Davis who both talked about their surprise in how the movie hit a nerve with the country. Catching Sight of Thelma and Louise shows that this nerve is still raw and the people who related then feel that not much has changed.

In writing this review I find myself wanting to quote so much of what these people say, because the women and men share honest and thoughtful comments, sometimes profound and sometimes heartbreaking.

One idea that stood out was highlighted by some excerpts from articles at the time of the release, and was mirrored in some of the comments. One article, “On Society” by John Leo in the US News and World Report is featured. The movie highlights part of the article that says the movie is “an extremely toxic film…about as morally and intellectually screwed up as a Hollywood movie can get.” What isn’t highlighted is even worse. He says towards the beginning that “Hollywood has such a long and honored tradition of misogyny that few of us would begrudge women two hours of male comeuppance.” He starts off the article in this flippant manner over the issue and then judges the movie harshly.

The movie also brings up criticisms of violence which the participants discuss. One answer to this from the author of the movie, Callie Khori, is highlighted in another article where it’s stated “As for complaints that Thelma and Louise indulges in gratuitous violence, Khori believes they arise from a double standard.”

The strongest part of the movie is the women and men who share what this movie means to them and why. To hear their stories is powerful, and too plentiful. Hopefully their voices are heard.