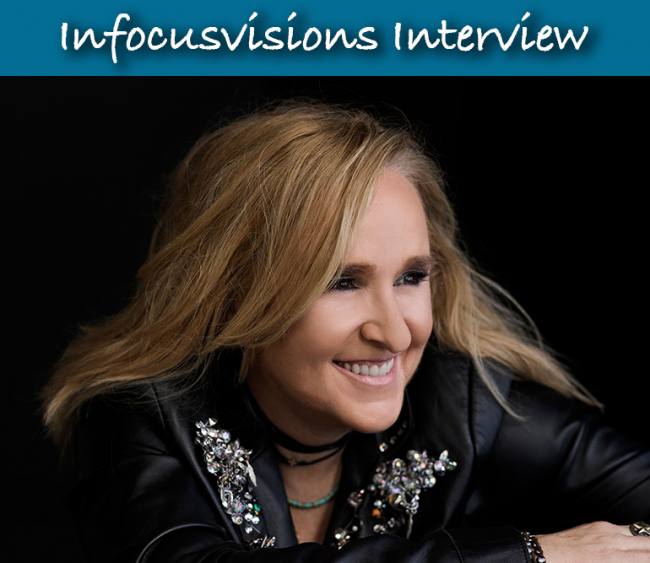 Once you see Melissa Etheridge, you never forget her. She is a powerhouse on stage, singing wonderful songs which has made her a rock icon and garnered her a large, loyal following that keeps growing.

Her first album, “Melissa Etheridge,” put her on the map, but it was a talent show, when she was 11th years old, that began her journey. At that young age she sang an original song and the audience responded. She was hooked and we are lucky for it. Through the years she has worked hard, while allowing herself to be vulnerable and authentic. She cares about the message and those she brings it to. The release of her new album “The Medicine Show” is exciting, as is the chance to see her perform.

I am honored to have been able to speak with Melissa and share with you some of her thoughts. As part of her U.S. tour, she will be coming to the Wellmont Theater in Montclair, New Jersey on Sat., April 13th at 8pm. You can find more details after the interview and by clicking here. 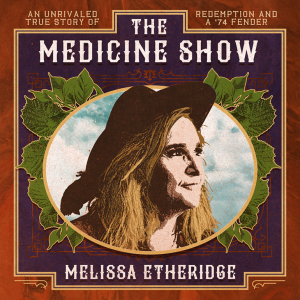 Fredda Gordon: Congratulation on your 15th studio album, “The Medicine Show!” Can you tell us about the new album?

Melissa Etheridge: I started thinking about this album in 2016. I wanted it to be 100% mine. I wanted the experience people know and love from me, where I write songs from my heart and my soul and put ’em down. I wanted it to be an album where I take the songs and perform live. For the last 40 years, this is what I do! I play live. My songs live on stage. So the songs that I record really have to be able to translate and be shared live. And, as 2016 went on, and we rolled into 2017, I went ‘Oh, this is going to be a very inspirational time’. It’s going to be more topical than I thought. A lot of issues just rose right up to the surface. I said ‘Ok, let’s start writing about this. Let’s do it!’

FG: Is there a difference for women today vs. when you started?

ME: Oh My God, Yes! Well, I hope it’s different because when I started we were taking my first record around to radio stations, they’d say “oh, I’m sorry, we can’t play her, we’re already playing a woman.” But, y’know, its still difficult. You have to work really, really hard. It’s one of those last men’s businesses, especially rock and roll. We just do the best we can.

FG: Has touring changed over the years?

ME: Mine certainly has. I started out in stinky bars, going from town to town. Now its nice theaters and we make sure that everywhere we go there’s a certain quality. Now I know that when I show up people are excited to be there in the first place so I don’t have to win them over.

FG: You have had huge health challenges, and I’m sure there are minor challenges along the way. How do you push through to bring it?

ME: Well, that’s what that health challenge 15 years ago, that’s what cancer showed me. And, I’m actually healthier and stronger then I was 15 years ago. Not only what I was eating, and how I treated my body, but what I was thinking. My thoughts were very depressing, and stressed, and I changed all that. I made a real dedication to change my life that way, change what I was thinking and put joy as my priority. That’s what I live with now and the most important thing is my health. My whole interior of my body. I know the things that give me the most energy, the most strength and I have really disciplined myself, and my whole touring experience, to where when I’m onstage, yeah, you bet I’m going to be the best you’ve ever seen.

FG: Do you have any favorite songs that you wrote that didn’t make it to the album?

ME: For every album there’s a few that don’t get on. This album I feel very confident with the 11 that got on. I really, really study the songs and find the strongest ones that I think get the message across.

FG: I appreciate your activist work. What can people do to make a change in this world?

FG: Does the business of music overwhelm your music? How do you balance it?

ME: I had to become friends with the business of music. I had to stop having it define the music. I’m grateful that I can make a living off my music. Yet I believe, and I truly understand, that my fans want me to make the music that’s in my heart and soul. They don’t want to hear a hit song. They want to know my music. They have followed me. They have taken this journey with me for 30 years and they want to stay on it like I do.

FG: What musician, if any, would make you nervous to play in front of?

ME: Well, I’ve had a few. I sang a song in front of Barbara Streisand and that sort of freaked me out. But I did it! I think she liked that song, so I’m good there. Same with Bruce Springsteen, I sang a song with him, so I don’t know if there’s anyone left that’s going to intimidate me in that way.

FG:What do you wish you could do musically?

FG: Was there music around your house when you were a kid?

ME: My parents were not musicians but they enjoyed music. They had a great record collection from Paul Simon to Aretha Franklin to Neil Diamond to Johnny Mathis. They just had great singers and songwriters and I was really inspired by that.

FG: Would you want your kids to go into music?

ME: If they wanted to. If they had a great dream and drive and they were trying, ‘yeah, go for it.’ I think my children have grown up knowing the work that it takes. They see what it’s like and I don’t know if any of them have that sort of desire.

FG: What was your first meaningful musical experience?

ME: It was the first time I got on stage. It was at the talent show and I was 11 yrs old and I sang an original song. I finished it and people applauded and that’s meaningful enough for me. That was it, I was hooked!

Melissa Etheridge is bringing her “Medicine Show Tour” to the historic Wellmont Theater as she launches her thematic new album, “The Medicine Show,” that sheds light on America’s ongoing opioid crisis and commemorates victims of the tragic Parkland, Fla. school shooting. Etheridge’s road to rock stardom began with her self-titled, Grammy-nominated debut album, “Melissa Etheridge,” which rose to No. 22 on the Billboard 200 in 1993. From there, Etheridge went on to win several Grammy Awards.

PLUS: Every pair of tickets purchased includes a “Medicine Show” digital download or CD.