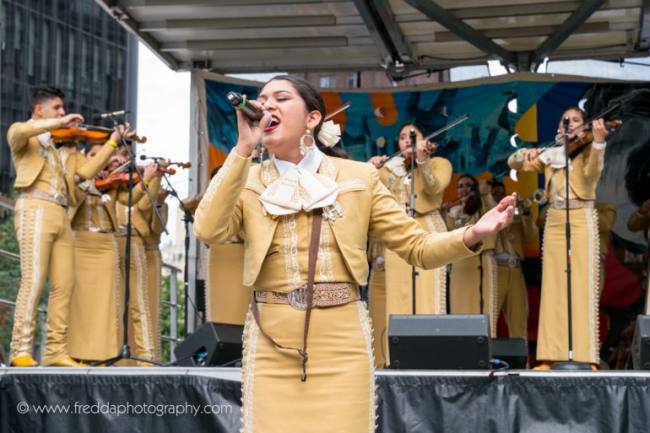 Mariachi Herencia de México, an ensemble of students from Chicago’s immigrant barrios, performed a free concert today at Joe’s Pub at The Public on September 22, 2018. The band filled the stage and expertly played the traditional Mexican music turning the plaza into a fiesta and many in the audience could be seen happily singing along. The lively music performed by traditionally costumed musicians beckoned passersby to stop for a minute and join the party. 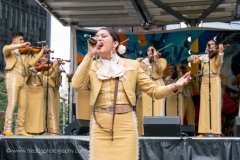