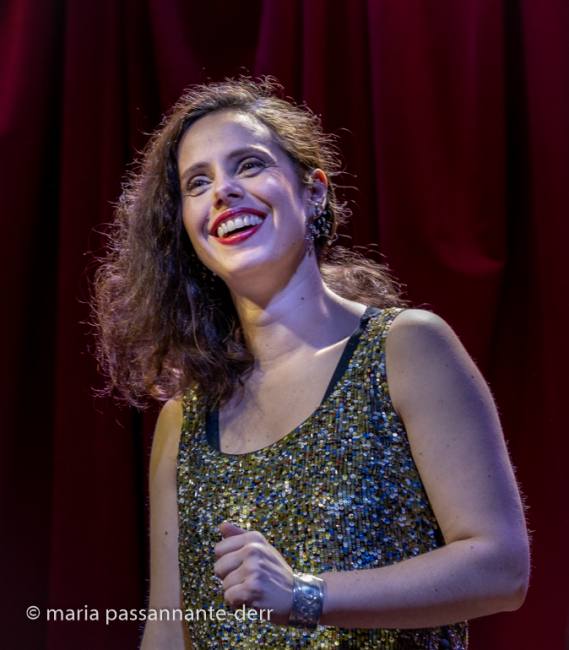 Margot Sergent, jazz singer, harpist and songwriter, together with the virtuoso guitar melodies, by Leandro Pellegrino,  began her set with the theme song (“The Windmills of Your Mind”) from “The Thomas Crown Affair” as a homage to the great French composer, Michael Legrand who recently passed away.  Her lyrical voice,   with a  native French accent, is perfect for  a  set  of  French and American chanson  from the 1930s and 1940s. Included are the familiar touchstones of French chanson, Brel,   Aznavour’s, La  Boheme and  Je Ne Regrette Rien. No set  would be complete without  Edith  Piaf’s musical imprint,  “Padam” and “Le Vie en Rose”, depicting the  highly emotional lyrics of  heartbreak and tragedy,  as only the French can express. Margot, a classically trained harpist,  transitioned into jazz and now characterizes her music as “poetical swing”.  She regularly performs  at the Club Bonafide with her group “So French Cabaret”. 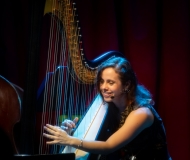 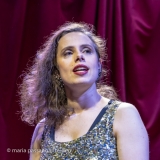 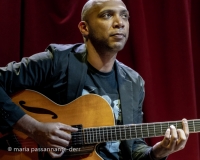 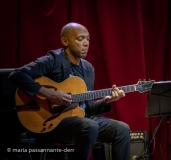 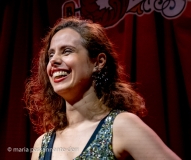 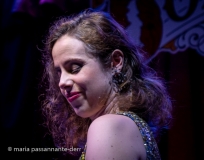