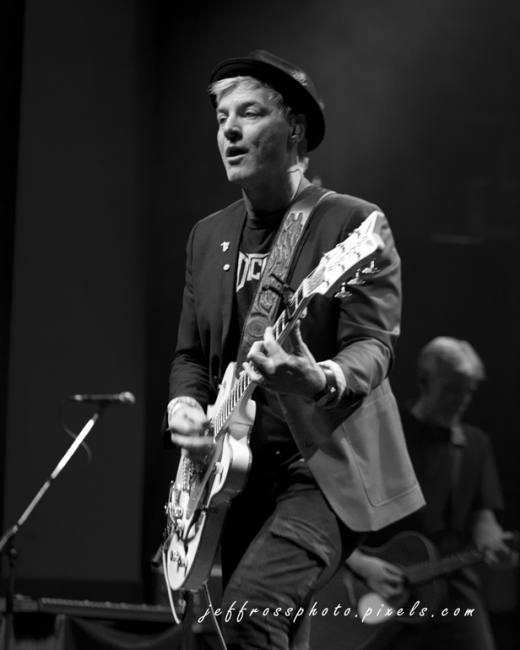 Lowest of the Low and Ace of Wands (opener)

Ace of Wands features the songs of Lee Rose along with Anna Mernieks and Jody Brumell.

Newly formed in 2018, their combination of guitar and occasional violin blends beautifully with the vocals to produce a big, sweeping sound that defies being pigeonholed into a specific genre.

They had no trouble engaging the audience and winning some new fans.

Wikipedia calls Lowest of the Low, “punk-inspired jangle pop”. I call it a big part of the soundtrack of my youth. The band’s debut album in 1991 is still one of the top-selling indie albums of all time in Canada, although penetration into the American market never expanded much beyond the Western New York area where their fans are just as rabid as they are on home turf.

Lowest of the Low,have an new album, AGITPOP and a handful of shows in the Toronto area.

American dates include July 13th at Artpark (Lewiston, NY) and September 25th in Manhattan at the Mercury Lounge .