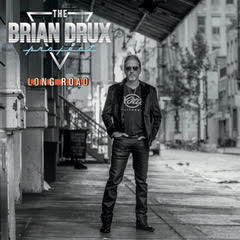 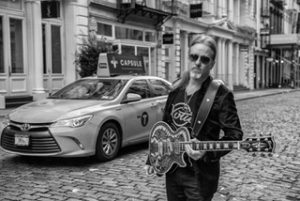 Brian Drux Project released their debut album titled “Long Road.” The ten track album is a mixture of 70/80’s rock, blues, and R&B. Brian fuses these three genres together with ease, with a natural beauty to it, to create a unique and diverse sound that is The Brian Drux Project.

The band started in the 70’s and 80’s playing as an opener for some big acts such as Bon Jovi but noting that family is everything, Brian decided to take time away from the band to stay with his family. Now coming back to the scene in 2019, Brian Drux Project has created a unique sound with a genre rarely heard. They have returned quite vividly with songs like “Modern Day,” the opening track, which greets first time listeners with a feel-good vibe. But don’t let the first song of this album fool you, the album switches into an album that has an abundance of slower, yet interesting, songs.

Brian Drux is a versatile artist that is able to start off with upbeat banger songs and then come in with songs like “Where Did We Go Wrong” and “Darkness,” which have a more acoustic feel. Drux’s voice is distinctive and when mixed with this acoustic feel results in a very unique sound.

I personally feel that “Where Did We Go Wrong” is the best track off of the album as it really accentuates Brian’s intriguing voice and instantly caught my attention from the beginning. This song allows listeners to really hear how Brian’s voice is so unusual and would be very difficult to emulate. Brian’s voice is one of the more intriguing ones I’ve heard and I love how this song really hones in on the vocal aspect of the band at the start and then continues with simple instrumental that is very calming yet captivating that doesn’t drown out the vocals. The whole song was beautifully done from start to finish. 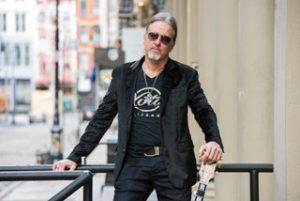 The album, start to finish, is coated with songs that differ from each other. From acoustic to upbeat dancing songs, Brian Drux has hit the perfect mixture with this release and I think he will be able to attract a larger, more sophisticated following as his style is one that I can see many developed musicians gravitating towards. All in all I think this album was extremely well done and will be a great comeback for The Brian Drux Project! I can see it gaining popularity across the board, and especially for people who are interested in artists such as Greta Van Fleet or Bon Jovi.